Barras arrested for the investigation of the incidents that led to the suspension of the final with Boca for the Copa Libertadores de América. 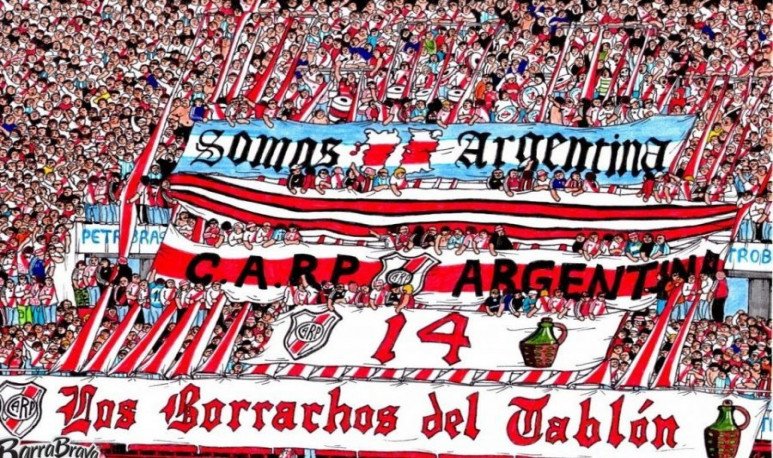 The Ministry of Security of the Nation ordered 284 persons to enter football stadiums. Identified as  River Plate bars. Consequent of the investigation into the incidents that resulted in the suspension of the Libertadores final.

The full payroll is published today in the Official Gazette. According to the provision 1/2019 of the ministry headed by Patricia Bullrich.
After communicating “the restriction of concurrence for indeterminate time” to  football stadiums, among the fundamentals the resolution states that the action “of these individuals is profuse and reckless, without any reparation to the obedience of the law and public safety.”

The house of “The cavern”

According to the publication, the research was deepened after the search carried out on November 23 to Hector “Caverna” Godoy. One of the heads of the brava bar in River. When he was found in one of his homes tickets to the party with names of other people and cash.
The publication is an axis in the search “in the home of Haedo Street 840, of the Partido de San Miguel, Province of Buenos Aires. Corresponding to Hector Guillermo Godoy. Where nominated entries are kidnapped and would belong to the radicalized group called 'Los  Borrachos del Tablón '”.

“With the identification of nominated entries, it is possible to establish the personal identity of those involved in the criminal maneuver.” Adds the resolution as a prior step to publishing the list of sanctioned bars.
The ministerial resolution considers the fact investigated as “extremely serious”. And it justifies the measure to “maintain the prevention and safety that must reign in a spectacle of mass assistance.”

The list with the names of the  bars  that have from today the prohibited entry to the stadiums, and among which there are three women, will be included in the payroll of the Safe Tribuna Program, which implements the portfolio of Security for three years.