Mariam Buenanueva Saleme, from Córdoba, made a 13s81c mark in athletics and kept the U18 national record in the second day of the JNE. 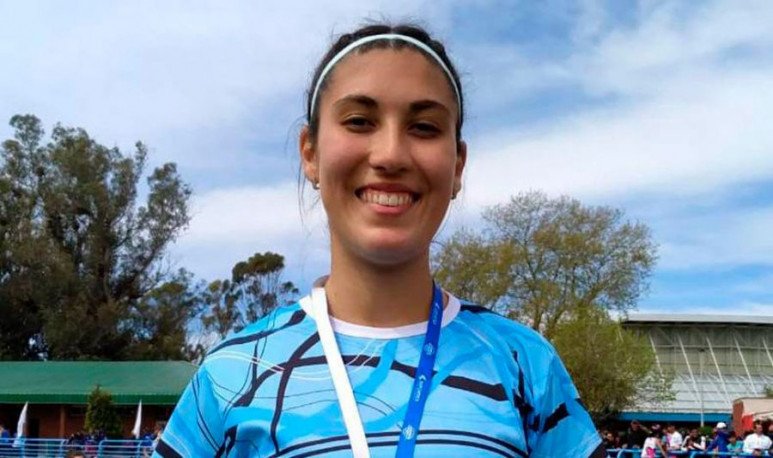 The second day of competition of the National Games Evita in Mar del Plata arrived with a great news. The Cordovan Mariam Buenanueva Saleme got a new Argentine record of under18 athletics in the 100 meters with fences at perform a mark of 13s81c.

“ I am very happy because it is not the test that I train most, I specialize more in combined, but there was a chance to compete and don't doubt it,” said excited. The podium was completed by athletes Valentina Polanco (14s29c, from St. Louis) and Araceli Mondino (14s43c, from Santa Fe).

Now, Mariam sets new targets. “I will also run on the 100 plains in the Evita and then I will prepare for the National U18 (which will be held in Córdoba, from 1 to 3 November), where I will compete in heptathlon,” confessed the new champion in the athletics track of the EMDER.

The Evita Youth and Adapted National Games continued in La Feliz, with the participation of more than 20,000 young people from all over the country. Some activities were enjoyed by Deportv, on Public Television and on the networks of the National Sports Agency.

The athletics courts and all the courts of Mar del Plata are filled with athletes of all ages eager to win. Each player puts his best and competes to represent his area. The provinces prepared a lot, training and offering spaces of competition to reach the JNE. In athletics, Córdoba broke record, and that's great news for the whole country. We do the bloating on all of them and follow them wherever they go. All disciplines have their stars and outstanding competitors. In the adapted and conventional categories, young people show off and keep winning medals. Cordoba is not left behind, and jumping fences of joy: thank you, Mariam!

Ariel Blasco: “Managing theater is like making a film, but cheaper”

The Cordoba delegation plays everything in the JNE