Home People Sports Athletics: Carolina Lozano and Elián Larregina, among the figures of the closing

The international series on the synthetic track of CEF 3, in Concepción del Uruguay (Entre Ríos), concluded with a positive balance for Argentine athletes of the new generation 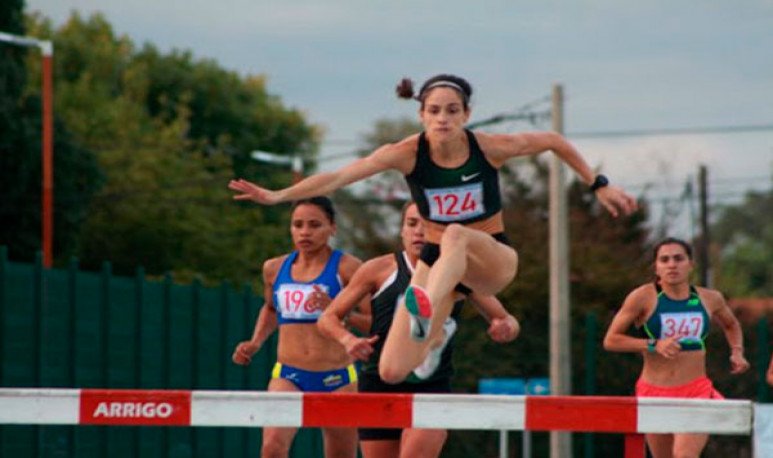 The international series on the synthetic track of CEF 3, in Concepción del Uruguay (Entre Ríos), concluded this Sunday 28 March with the tournament in tribute to Professor Hugo Mario La Nasa -former president of CADA- and with a positive balance for the  Argentine athletes  of the new generation: in many cases with interesting personal progressions.

For  Argentine athletes , as well as for those from the brotherly countries of South America, it is very important to have held an international competition, at times as difficult as we're going through the drama of Covid-19.  The organization itself had to face multiple difficulties in carrying out the tournament, taking care of course to all health standards. And the goal of equipping our athletes with competition was fulfilled.

After the excellent results that  athletes  like Elián Larregina,  Marcos Molina and Carolina Lozano had offered in the days previous, the three were among the figures of this last day. In an unusual distance for the women's program (the 2,000 meters with obstacles) and which served as preparation for future international competitions, Lozano starred in a great duel with our 3,000-record-and world finalist Belén Casetta, and both with good times. Lozano won in 6m23s17, with the marplatense in 6m29s40 and third place for another midfielder who is in recovery, Clara Baiocchi (6m36s68). Also the men's obstacle test, already at the close of the tournament, offered an interesting result, in this case about the classics 3.000 meters. Both Julián Molina and the youth Dylan van der Hock coped the top positions with their best brands, followed by Colombian Carlos Andrés San Martín, South American champion and 2019 Pan American silver medal. Molina won 8m49s24 and van der Hock, with 8m57s31, approached only 3s of the national record brand u20.

Molina came from her great performance over 5,000 meters, where she set the best brand of an Argentine athlete on national tracks in the history.

Larregina, after his fantastic performance on Friday, when he became the first Argentine under 46s in the 400 meters, returned to dominate this test at optimum level (46s.09), beating the pair of Brazilians from Sogipa in Porto Alegre: Anderson Freitas Henriques (46s33) and Pedro Luiz Burmann of Oliveira (47s75). The same distance, in ladies, went to Uruguayan Déborah Rodríguez with 54s.01.

And in the 100 flat meters, both men and women, Larregina's teammates won again in the club Quirón, Franco Florio and Florencia Lamboglia, confirming themselves as the best Argentine sprinters of these seasons. Florio, in search of his best form with the South American Championship on the horizon, scored 10s.46 to triumph in men, while Lamboglia recorded 11s90 in the women's final.

One of the names that appears as an important Argentina card for that Championship is Maximiliano Díaz, who will defend his scepter from the triple jump. This time, with 15.96 m., he was again in front of his usual Brazilian rivals, Kaual Aleixo Bento (15.76w) and Mateus Adao de Sá (15.68) in a copmetence where three other Argentines - Dimaro, Guerrero and Alvarez - surpassed 15 meters.

In the releases, other athletes from our country showed visible advances: it was the cases of Yohana Arias in javelin with 52.78m -third of the record - and Juan Ignacio Solito with 54.89 on disk. Ailén Armada was close to his best bullet record (15.52), followed by Iara Capurro, who first surpassed 14 m (14.31). And in high jump, the triumph with 1.71 m. was for a minor of recent appearance, April Okon.

This day also allowed to appreciate the quality of several visitors from Brazil. For example, his trio of vallists about 110 meters, where former South American  champion   Eduardo dos Santos Rodrigues de Deus won with 13s84. And in jumping with club, the South American champion and former world finalist Augusto Dutra da Silva de Oliveira spent the 5.55 m., while our recordman, Germán Chiaraviglio, who had worn 5.60 on Friday, this time could not exceed his starting height (5.35). For Brazil there were also 400 fences with South American champion Marcio Soares Teles, lamenting here the abandonment in the absence of 100 meters, due to injury, of Argentine recordman Guillermo Ruggeri. Another Brazilian triumph was in bullet launch, this time with William Denilson Venancio Dourado (19.36), in a test where Argentine ascendant Juan Ignacio Carballo could enter the fight and was second to 8 cm, in front of Welinton Silva Morais (19.23), who was coming to cross the 20m on Friday's day. The two series of the 800 meters had a seal of quality, being the absolute winner of the Colombian Jelsin Donovan Robledo with 1m48s15, won the second, escorted by his compatriot Miguel Angel Mesa. In the previous series, Brazilian Guilherme Kurtz scored 1m48s21, and compatriot Carlos Oliveira Santos escorted him with 1m49s67, being Julian Gaviola (1m50s52) and Diego Lacamoire (1m51s94) the best among Argentines.