The South American Senior Championship was played at the CeNard in Buenos Aires, with several podiums in different categories. 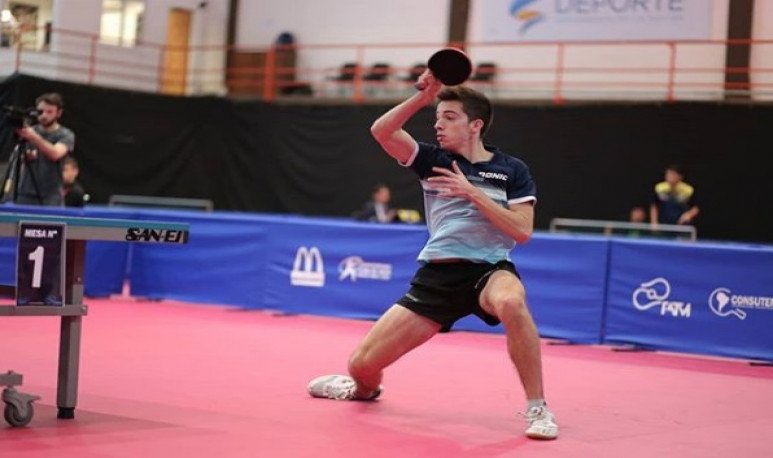 In the men's individual, the contribution of Santiago Lorenzo and his bronze medal was very positive . He began the tour against Paraguayan David León, whom he beat 4-0, and then leave behind Eduardo Lizarazu from Bolivia, in this case 4-1. In the fourth he had to face another Argentine as  Gastón Alto , whom he defeated by a tight 4-3. In semis the road ended, with the fall against Aberto Miño from Ecuador by 4-2, to give the Argentinean the presea for his third place.

Singles work also brought Martín Bentancor's bronze in the U21 . After overcoming a couple of rivals, he met in semis with Nicolás Burgos from Chile, who defeated him 3-0, and left him with third place in a good bronze medal. Previously, he had surpassed Diogo Silva from Brazil and Emiliano Riofrio from Ecuador.

In doubles, they won the silver medal the pair composed by Francisco Sanchi and Santiago Lorenzo , who beat Chileans Manuel Moya and Andrés Martínez 3-2 in semis, but fell in the final against another pair from Chile, Felipe Olivares and Nicolás Burgos, also 3-2, finishing then on the second step of the podium. Another doubles medal was in the mixed with Nicolás Galvano and Camila Argüelles, who fell in semis against Moya and Judith Morales 3-1 and were one step away from the final.

As for teamwork, Argentina won the men's version, with the team made up of Nicolás Galvano, Martín Bentancor, Pablo Tabachnik and Gastón Alto . In the semifinals they defeated Peru without attenuating and 3-0 to get into the definition. The final went against the Ecuadorian team and  Argentina won 3-2, to take the first place on the podium.

The women's team was made up of Ana Codina, Camila Argüelles, Agustina Iwasa and Paula Fukuhara . After losing in semis to Colombia 3-2, they played Brazil to define the third step of the podium and was a strong victory by 3-0. It is the third consecutive podium in this kind of dating.

Argentina qualified for the U17 World Cup

Aguilera gives the title to America