Argentina won two wins at the start of the Qatari 2022 Qualifiers with a performance from lowest to highest. 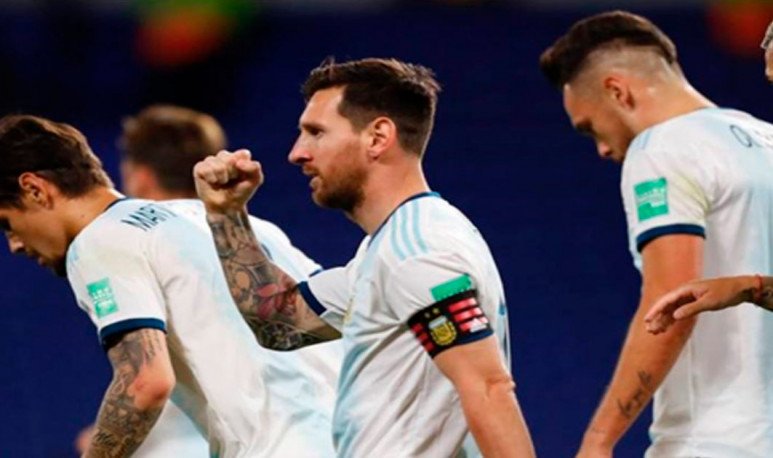 In the first match as home in the  Bombonera  against Ecuador  , Argentina won for the minimum goal by Lionel Messi  in penalty showing a weak productivity. The second round of the Playoffs was played in  La Paz  and what seemed in the previous, and rightly so, a very complicated match due to the  3600mts of height  , Argentina managed to turn the match and win 2-1 with so many of  Lautaro Martínez and Joaquín Correa.

Far from being a honeymoon for Argentina were these two initial  matches  of the Playoffs heading for Qatar 2022.If you don't watch the match and just keep the result you'll think that Argentina started well and that finally found a good spouse, like  Lionel Scaloni , to be there until the defeat separates them. It's not that like that. Although it is not necessary to blame the coach for the painful image left by the team against Ecuador. Players did not play together long ago and faced with a team of little attack and excessive respect, they achieved the 3 points that are important to start the long road to another  World Cup .

Of course, the first option will always be selected over the other because there are many ways to win and they are all valid. “We haven't played together in almost a year. It was the first match and anxiety   made it difficult, but the important thing is that it won,” Messi said at the end of the match.  And so it was, Argentina only won and nothing else . Just by fixing the statistic you can see that he throws two shots into the  arc  by the combined albiceleste. Too little to know that it is far superior on all lines.

The main problem lay in the game generation, the sides  Gonzalo Montiel and Nicolás Tagliafico  almost did not climb in the team's offensive. Rare, as in their respective teams are usually a fundamental weapon in joining the attack. In the middle countryside  Marcos Acuña  that usually reaches the bottom this time he was also withdrawn. Half of the court was finished by  Leandro Paredes and Rodrigo De Paul , two fives of play and generation who were more concerned about the brand. Upstairs, if the ball does not arrive clear everything is done uphill and we end up waiting for a saving move from  Messi , who never came. In spite of everything, victory is valued for being the first match and the long period without playing a match.

Height is a serious thing

The second date the main fear was height, an  old and well-known enemy of Argentina . We quickly come to mind that hit  6 to 1 in the 2010 Playoffs . In a place where air is scarce, head down and hands on waist are common currency, the National Team managed to win 3 times in 10 matches played in La Paz. The problems we had against Ecuador such as the non-rise of the sides seemed to be a good strategy when playing against  Bolivia  since running and spending energy has played us a bad pass many times. This is how the match started with a National Team taking as much time as possible not to spend forces, while Bolivia pressed and threw the ball into the area every time it could. Marcelo Martins hit a headshot to the 24' minute of the first half scoring the first goal of the match. The past came to mind, the ghosts appeared and a cold ran through the nape of every Argentine who was watching the encounter.

Lionel Scaloni formed the same as against Ecuador with the only change from Marcos Acuña to  Exequiel Palacios , the latter the figure of the encounter connecting good pressures, recoveries and contributing in offensive accurate passes. The boy of  Bayer Leverkusen  with this performance has earned a  ticket to ownership  , it was as if he had already played more than 40 matches in the albiceleste team, never weighed the  t-shirt . With this good appearance and a Lionel Messi plugged into making his teammates play, Argentina managed to turn it around. First with a bit of rebound on Martinez's leg that got into the bottom of the net and finally with a crossed left hand at half height of Joaquin Correa, striker of Lazio.

What started with a giant doubt began to clear up on the second date when we went to look for the match and could turn it around in a city that historically cost us a lot. Two dates out of eighteen and there are already 6 points locked up. In November of this year we will reopen that safe to try to reap points against Paraguay and Peru.