Home People Sports Argentina to debut with Chile at Davis

Argentina to debut with Chile at Davis

It'll be in the Final Phase. 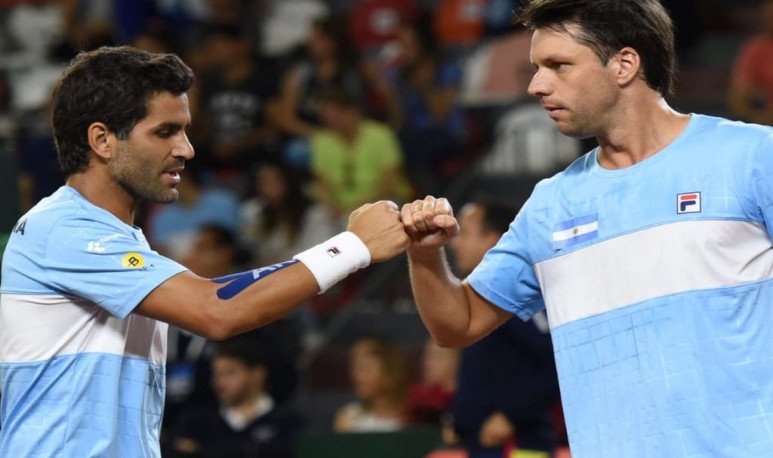 Argentina, the 2016 champion, will debut with Chile on Tuesday 19 November in the final phase of the Davis Tennis Cupin Madrid, Spain, whose schedule was announced by the organizing company and the International Tennis Federation (ITF).


The team led by Gastón Gaudio will play that day in the central court of the Caja Mágica stadium, during the Spanish morning, and day after, on the same court and also in the morning, he will face Germany,


the other member of Group C. premieres this year a total of 18 teams will take part in the group stage of the Davis Cup Finals distributed in six groups of three teams each.
The best in each pool and the best two seconds qualify for the quarterfinals, while the two teams with the worst results in the pool stage will descend to their zonal pool the following season.
The twelve teams finishing between 5th and 16th place will compete in the qualifying phase of February 2020. The four semifinalists will get their direct pass to the 2020 Finals, which will also be played in Madrid.


The six groups of the current edition will be: France, Serbia and Japan (A); Croatia, Spain and Russia (B); Argentina, Chile and Germany (C); Belgium, Australia and Colombia (D); Great Britain, Kazakhstan and the Netherlands (E); United States, Italy and Canada (F).