In a final with several arbitral controversies, the Selection fell by 87-86 in supplementary 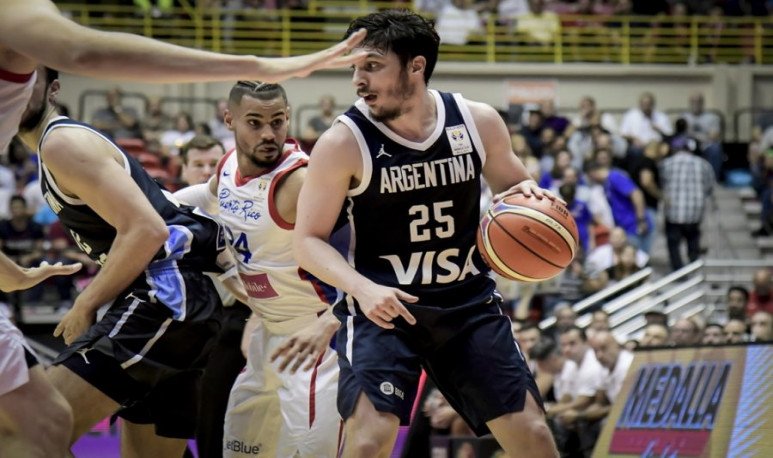 After seven  victories , the Argentine National Team was unable to celebrate in the Qualifiers.

Already with the ticket for the World Cup secured, Sergio Hernández's team gave their face and showed a fantastic personality to reverse an adverse process in Puerto Rico. And get to a supplementary that seemed impossible. Although there, with quite controversial arbitral in between, the effort had no prize. The victory was for the locals by 87-86. Redivo and Brussino were the scorers with 16 points each. While Agustín Caffaro had a great debut (9 goals and 3 rebounds in 10 minutes above the end).

He dried the locals for four minutes and imposed a solid defensive worker to take a 12-5 lead. That also came because patience in attack was flag (two triples of Mata and a couple of dump from Delia). However, the rotation awakened the locals, who were more intense and physical behind. And they undressed some national offensive limitations, generating several passages without finding good options ahead.

The National Team returned very badly from the long break

In a handful of minutes, he was 42-29 down after a quick partial 9-0 of the Boricuas. They started to find more facilities to break national defense. At least the ring was opened at a distance for Argentina. And the triples of Aguirre, Brussino and Redivo (2) made the difference not spread. Moreover, Lucio's offensive explosion (10 in 3rd) allowed it to be lowered to 6. After that was 14 (55-49). Although a triple Clavell in the closing gave air to the locals (61-53).

The problem for Argentina was that the defense (especially on the front line) was very flimsy. Allowing penetrations and giving advantages for aggressive boricuas. That they returned to make differences -especially - from the hand of a spicy Clavell. With self-love and pressed in defense, Hernández's managed to reach only 5 (75-70). Just over 2 minutes from the end and after a conversion of Agustín Caffaro. But Clavell was pure personality and, with a triple, stretched 10 to 1m30 at the end.

He seemed to sentence the story

However, Argentina's character and determination had another idea. With full court pressure and a pair of triples (Faggiano and Mata), the difference fell to 2 to 58 seconds. Then, a dump from Caffaro after a free from Huertas went down to just one to 25 seconds. Clavell repeated 1-2 from the line and opened the door. Brussino failed the triple to win, and Caffaro took a huge offensive rebound and missed 3 seconds from the end. The young man from Libertad did not hesitate and nailed the two free who brought the duel to supplementary (82-82).

There, it was all more fight than play, and that trend, Caffaro's personality continued to surprise. After taking a huge offensive rebound, he got a free and gave him an advantage of 2 (86-84) 46 seconds from the end. Holland responded with a triple that put the locals up, and then the total confusion came. Marcos Delia had a ball under the hoop and, in the attempt, it was blocked. But the ball was left for Argentina, as Rivera touched the ball off the field in the rebound. Of course, all of a sudden, the stadium was filled with little paper and even the local bank jumped on the court to celebrate.

After reviewing, the referees gave the ball to the National Team. With 0.7 seconds on the clock, and the desperate attempt of Redivo (with uncharged contact) could not be. It was national defeat, but with the certainty that he had left everything with the best possible face.