Home People Sports Argentina has swimmers in the NBA swimming

And they're both from the city of Santa Fe! Julia Sebastian and Santiago Grassi inflate our chest with pride. 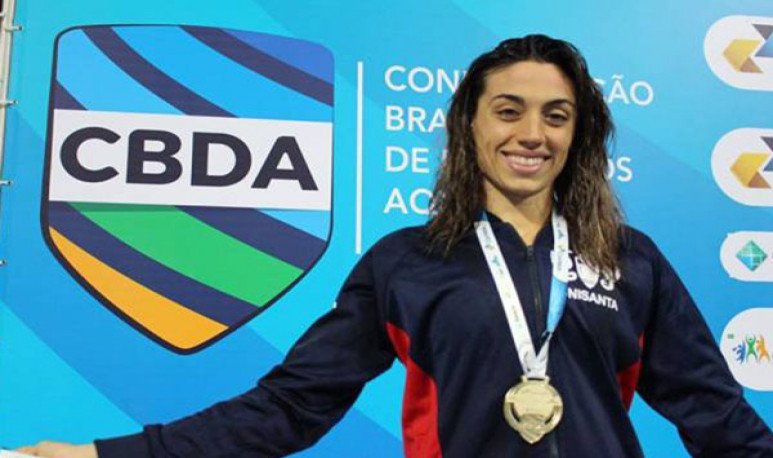 Julia Sebastian and  Santiago Grassi have already made history. The two santafesino swimmers have already shared many trips with the Argentine National Team, which they have been part of years ago. They were Olympians for the first time in Rio 2016, and last year  they won the bronze medal together  at the mixed post of the 2019 Pan American Games in Lima, where they also secured their tickets to Tokyo 2020.

Now, both  will share a team in the United States : Los Angeles Current of the International Swimming League (ISL), which has already officially hired the Argentine swimmers for this season.

The Argentine swimming celebrates , in this way, the arrival of its first two representatives at the most important annual event of this sport . They all agree to define this competition as the NBA of swimming. Last year it had a budget of 20 million dollars, of which 6 million went into the pockets of swimmers for participation and prizes.

The news came out on Wednesday, September 9.  In the case of Santiago Grassi, it is his first professional contract , as he had been competing for the University of Auburn, in the United States, where he also completed his studies in Marketing and Information Management this year. Santi, out of the  Union  de Santa Fe swimming pools, has long since held the national records of 50 meters butterfly style (updated on 23.65 in the second stage of Mare Nostrum 2019) and his specialtyiacute; mpica, the 100 butterfly (improved it in 51.88 at the Richard Quick in Auburn, also in 2019).  And he's only 23 years old.

The pride of regattas

Julia Sebastian, meanwhile,  owns  not only Argentine records in chest style, but also  the best South American brands in history  , both in 100 and 200 meters.

It's one of those cases of people who don't have memories without doing what they do. His father is a teacher of Physical Education and  was very young in connection with the swimming pool . At 10 he started swimming for Regattas, the traditional club of the capital of Santafesina. His career was always on the rise until his great participation in the 2016  Olympic Games  in Rio de Janeiro. From that moment on, you can practically say that he did not return from Brazil . He decided to take advantage of the infrastructure of the neighbouring country to start his professional career . He first studied and represented Unisanta, in São Paulo, and from last year he wore the colors of the Minas Tennis Club in Belo Horizonte. With all this, the 26-year-old santafesin improved noticeably. There he  achieved his current South American record in the 200 chest , in the 2019 edition of the Maria Lenk Trophy held in the homonymous swimming school in Rio de Janeiro.

The team that the two Santafesinos go to is elite. In his first season at the ISL,  LA Current was one of the most outstanding . His performance in the regular phase allowed him to qualify as one of the best four franchises for the final in Las Vegas, the representative of Los Angeles placed in the fourth place of the final positions.

The fact: Grassi  had coronavirus . He healed, went back to the pool days ago. Today, he is the first Argentine, together with Julia, in  the first world of swimming.