After Italy's 3-2 victory against Bosnia Herzegovina, the National team won the triangular that was played in the City of Pescara. 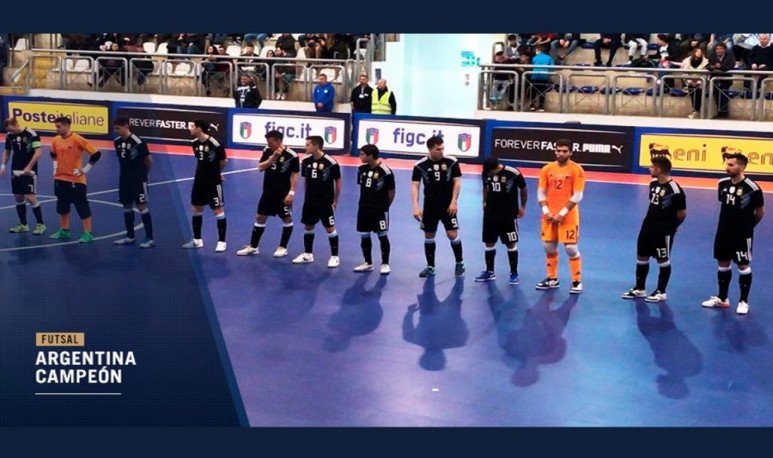 I had to expect a favorable outcome, and it was. The goal difference was in advantage for the Argentine Futsal Team, and thus  became the triangular champion played in Pescara , against Italy and Bosnia Herzegovina.

The Italian team won 3-2 Bosnia and, despite the victory, the home could not equate the goal difference achieved by the team of Matías Lucuix.

The squad was not present to receive the honors because the players were already heading towards the different cities of residence, in Spain and Italy, and the rest of the delegation were returning to Buenos Aires.

This is the first major team title with Matías Lucuix as coach , since taking office in August last year and who, leading U17, won the Silver medal in the South American played in Brazil in 2016 and the ideal score in the 2017 South American League in Buenos Aires, with the Selection Sub19.

This year Argentina will have to play the Copa America, with its venue and date to be defined and, next year, the qualifiers for the World Cup to be held in Lithuania.

Drawer or pack it?

We just need a smile