Today it's hard the Argentine football.... 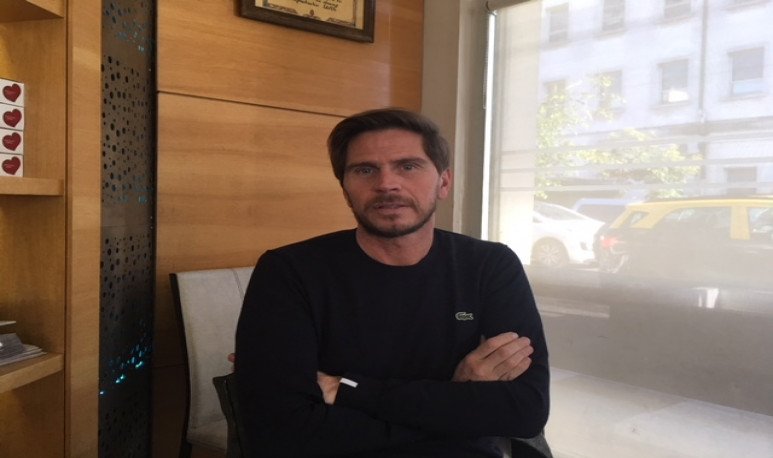 By: sybila
From a childhood memory "El Pollo" kindly prepares to dialogue within his very compressed agenda.... "I lived in Armstrong, a town 100 km from Rosario (although I was born in San Francisco). My passion was to play football and I also liked to tell stories... I did it with the elements I had at that time, which were the dolls of the birthday cakes; my grandmother encouraged me to tell the story, we listened to a lot of AM radio, the games; there wasn't as much TV as there was... "I've never been so passionate about the story..." However, his greatest passion is still playing football with his friends and he lives it as a therapy. About the Argentine players, he says that they are adaptable, have technique, character and great recognition all over the world. "They're winners." With regard to the Argentinean fan, he defines him as "A guy with faith, with blind faith, intense to suffer and to have fun, black or white; like our society. So they traveled to Russia, knowing that they were far from everything, far away economically, geographically and far from winning. I, too, was one of those from the fan's place who said,'We flew it'. Proper to our way of being; we believe our own lies." El Pollo does not believe that the press influences the performance of football in general, nor that the opinion of the media affects the players or the listeners' thinking. Finally, he expresses and shows deep concern about the current situation of our football: "Today it's hard for me to play Argentine football; a volcano has exploded and everything has blown up in the air. The best player is ours and we don't know if he will continue or not, we don't know anything.... I would like to start from scratch with the head and from there everything; that we had an organization... today we don't have one..."