On the day of the friend, we share this story of infidelity of the “Coco” Ameli with his friend Eduardo Tuzzio. A story like so many others. 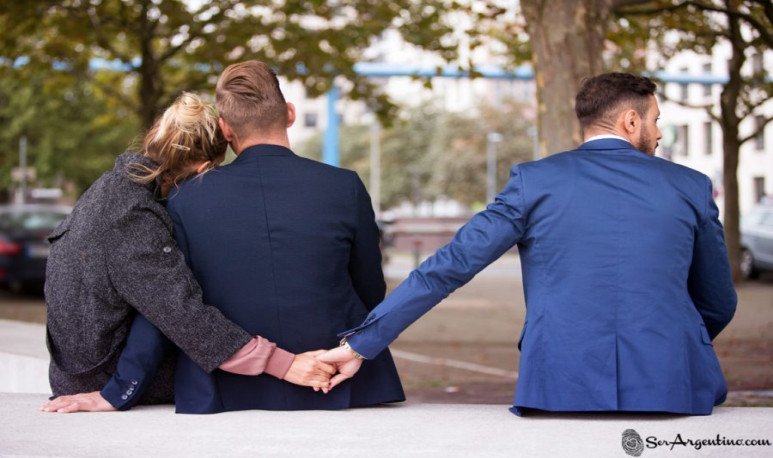 Icardi wasn't the first  famous  to let a friend down. Ameli was there before. And maybe there was someone else, from which the case didn't take public notice. I'm sure there were many. If we mean not celebrities, there are millions of  friends  who had something with the wife, girlfriend, girl, of a friend. And today more than ever, we will remember the famous ancestor case of the  icardeada .

Horacio Ameli and Eduardo Tuzzio were much more than an excellent couple of  River power stations back in 2005. They complemented each other perfectly. One was rough. The other, technical. They were both strong. Solids. Aguerridos. They were going well upside down in both areas. One closed behind the other, like warriors.

Outside the court, they were as close as they were inside. They were frequented a lot. And so it must have been given, for something to break.

What broke was friendship and Ameli became the first icardeur to transcend the barriers of the dressing room. For, let us be fair, there were similar cases before; but they did not transcend the environment.

The thing is, Ameli was with Tuzzio's wife. And everyone found out.

They were in training for the Copa Libertadores. “The Negro” Astrada, “The Boss”, was the Technical Director. He finished his talk and Tuzzio asked for the floor, to unmask, before all his “friend”. They all got ice cream. Astrada had to react quickly.

Despite the refusals of the “Coco” Ameli, no one believed him. The team stopped talking to him and was relegated to training with the inferior ones. In the 2006 pass book he left the club.

Poor Tuzzio couldn't stand it. It wasn't for less. He had a lazy year. And he went to  Mallorca . Where it was put together. So much, he set up a new family. Good for him.

Was Ameli the first icarder in history? I'm sure you don't. We'll never know, surely. Just as we won't know what's going on with both of us on a day as special as friend's day is.

Where does “cheering” come from?