Home People Sports Ailén Armada, the figure in the Clausura

Athletics: On the last day of the 101° Argentine Championship, at CEF N° 3 in Concepción del Uruguay, Ailén Armada looked like the figure of the championship. 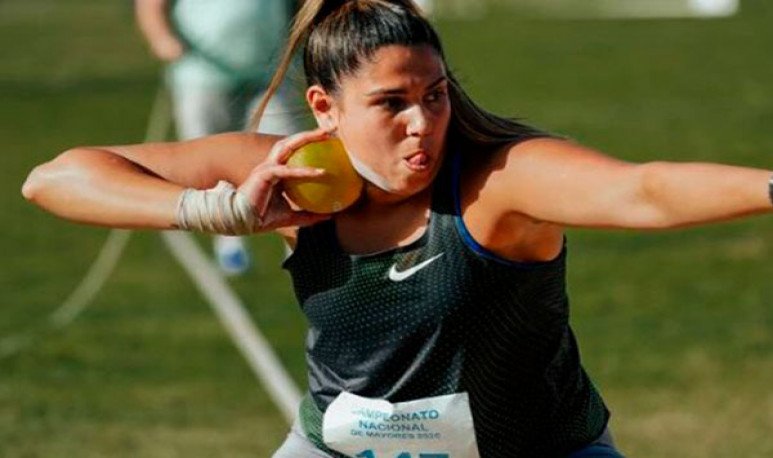 The flood of the previous days forced to reschedule the last day of the 101st Argentine Championship, at CEF N° 3 in Concepción del Uruguay. And thus, an intense Sunday was experienced as the closing of the competition. Just in the final stages came one of the best  technical expressions : Buenos Aires Ailén Armada and Iara Alen Capurro offered in release of the album, with great personal  improvement  of both. Armada, a native of Azul and one of the best projects recently emerged in the promotional categories, took over for the fourth consecutive year of this test and its 58.51 meter mark not only places it as the 2nd of the national list of all time, but also enters into the South American historical top10 (7th place for now). Capurro, meanwhile, progressed to 54.65 m., improving his personal history of 52.82 obtained a month ago in Cordoba.

The dramatic situation our country (and much of the world) is going through due to the scourge of the pandemic forced multiple efforts of the entire athletic community - federations, managers, coaches, judges and  athletes - to be able to perform once again the most traditional of our Championships and maintain its historical continuity, now with the perspective of a South American who is scheduled to May. And even those conditions - with limited training in many cases, with absences now due to injuries (Ruggeri, Florio and Sasia among them) or infections, with great difficulties for transfers- there was a positive technical balance in several tests, unforgettable result, for example, those moments that Federico Bruno and the generation was born ; n mediophonists in 1500, or Marcos Julián Molina in 10,000, offered during the opening day.

On the last day, in general, the dominance of athletes who in recent times lead their different specialties was ratified. One of them, already a historic one for our athletics, is Jennifer Dahlgren, who added a new podium in hammer launch (his 12th title, eighth in a row) with 63.07 meters and announced his retirement from official competitions after more than two days. eacute; campaign kades. Daniela Gómez was his escort with 57.50 and local athlete Caterina Massera, in good progression, accompanied them on that podium with 55.65 m. Among the men, the triumph -seventh followed for him in the Nationals - went to Joaquín Gómez, Daniela's brother, with 70.70 m.

Another historical one, and that promises to be once again one of the Argentine struts in the South American, is Germán Chiaraviglio, who took over 14. time of the jump with a garrocha, now with a record of 5.55 m.

Among these unfailing athletes in the domain of the Nacionales should mention Correntino Carlos Layoy in high jump with 2.10 m., in a test that saw the first four. In Layoy's case, it remains unbeatable here since 2011 and, with his eleven titles, equals the harvest of the formoseño Erasmo Jara in high jump. Another that added 11 -and in a compact level test - was Salteño Maximiliano Díaz , who prepares the defense of South American gold in triple jump and this time reached a record of 15.69 meters. 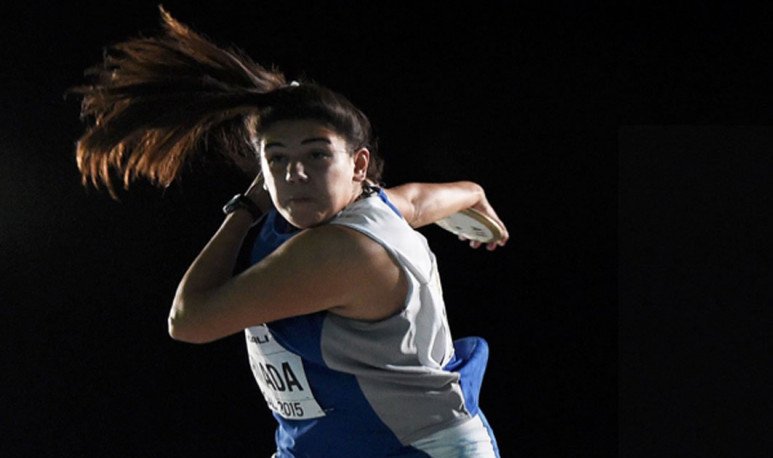 Hours before, the final of the women's triple had the attraction of this group of young jumpers already settled on the 12m. And in the case of Silvina Ocampos , looking to break the 13 barrier. He achieved it with 13.16, although with a wind in favor of 2,3ms, which will prevent its homologation, as it happened in the recent Provincial. Silvina - a true heroin in her southern Buenos Aires region, where she cares on the front line of a hospital to Covid-patients - achieved her third consecutive national title of triple with the aforementioned 13.16 (and 12.83 as the best brand with regulatory wind), but with the possibility of firm surpassing the craved 13 meters in a next opportunity. Something that, in the history of our athletics, only achieved until now the recordman Andrea Avila, already more than two decades ago. The youth Marplatense Indiana Holgado, with 12.36, was Silvina's escort and added her second medal in the tournament, after the triumph she achieved in long jump.

The midbottom and background tests on track for the ladies returned to offer interesting alternatives. The top three out of 800 were below 2m10s and there the score was given by Chubutense Evangelina Thomas with her victory in 2m07s54. “Vanshi” emerged as an athlete of formidable conditions -she was a finalist of the World Minors - more than a decade ago, and later added wins in the Nationals, both in the 800 and 1,500, four times. However, he retired very young from the competitions and only a couple of seasons ago she was seen again in action, especially in background tests. Now, at the age of 30, the Trelew athlete concrete her return to the close-ups in the distances where she appeared so strongly at her time.

The squad of fonders in ladies gave it movement at 5000 meters, with almost a dozen athletes under 18 minutes. The victory was once again for Florencia Borelli , ready to revalidate its South American crown and seek the Olympic qualification in the coming weeks. With 16m11s48 he ended with a wide lead (the marathoner Marcela Gómez was 2a. with 16m44s96) and already adds eleven national titles on track: 1.500, 5.000, 10 thousand and 3.000 with obstacles. 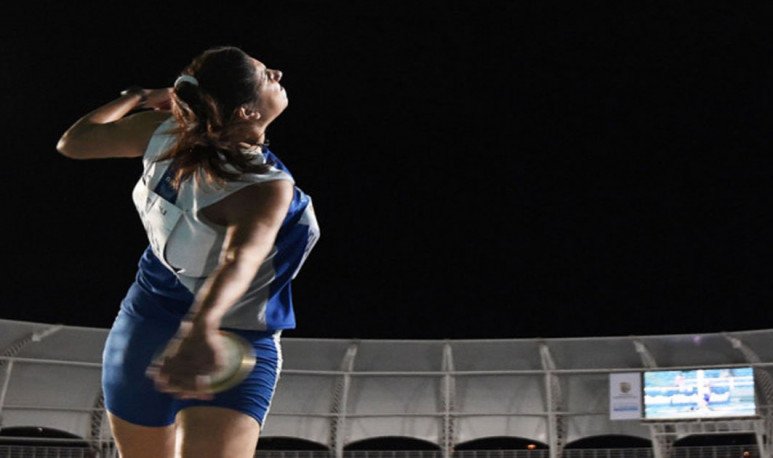 In the 200 flat meters of men there were not some of the animators of recent times (Florio, Lasquera dq in the knockout) but the group of new sprinters showed progress. The victory went to Franco Camiolo with 21s33, beating by just 2/100 to Mendoza Agustín Nahuel Pinti, brand new champion of the hectometer, while Matías Falchetti completed the podium with 21s46.

The other champions of the closing day in men were Julián Gaviola (retaining his 800 crown with 1m51s90 and also contributing to the triumph in the long post), Fabián Manrique (14m32s55 in 5.000), Renzo Cremaschi (14s.53 in 110 meters with fences), the youth puntano Tomás Páez (55s72 in 400 with fences), Juan Solito (54.29 on disk, close to his best brand) and Ignacio Fontana in the decathlon with 5.760 points. Meanwhile, Cordovan Ignacio Carballo reaffirmed his good time, increasingly solid about the 19 meters in bullet launch: with 19.17 he approached his best personal production, while reappeared at this level, and with his best brand, the catamarqueño Hugo Nieto.  The Cordovan Noelia Martínez scored 24s.75 to win the 200 plains and complete their national triumphal (before he won in 400), and also won Valeria Barón (1m02s61 in 400 with fences) and Luciana Gómez Iriondo, youth, with 3.90 m. in jump with garrocha.

Thus Concepción del Uruguay dismissed what was his third chance with the Nationals. He had his jewel with the Argentine record of Federico Bruno in the 1.500, with three other championship brands (Molina in 10.000, Mariana Borelli in 1.500, Carolina Lozano in obstacles), also highlighting that the rosarina record -as well as Bruno- are the best brands that any athlete -Argentine or foreign- has fixed on the tracks of our country.