Home People Sports After some auspicious results, Juan Antonio Pizzi is back on the tightrope in Racing

His irregular campaign in the current League Cup remains questioned and, although some Libertadores results help him, its continuity in the institution of Avellaneda is quite fragile. 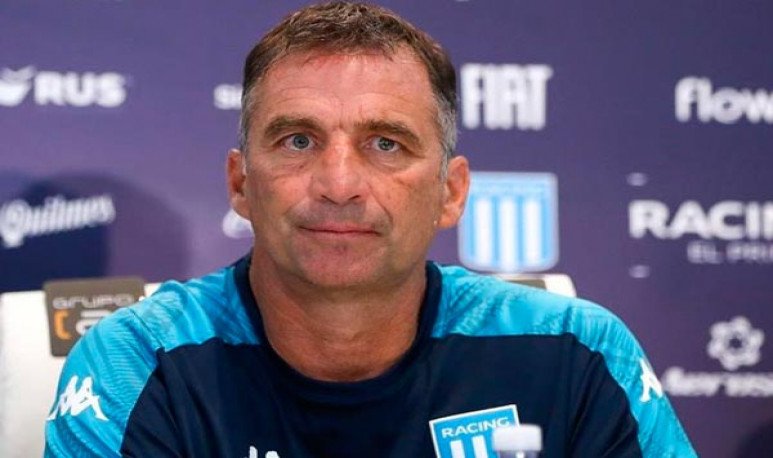 Anguish currently seems a constant sensation in racingist fans and far from evaporating with some triumph, it remains at its historic levels. There is in the present a cluster of serious elements that cause it, context where players do not respond to the indications and expectations. President Victor Blanco, trusts that the pressure will be decompressed with the resignation of coach Juan Antonio Pizzi, but far from making a determination, inside already asserted that they will have to throw him because he wants to continue to give battle, expulsion that would have a political cost for the president, but especially because the clauses indicate that the entire contract must be paid. Everything seems to go back quite a bit from what happened in December 2020, but here the situation is clearly another.

Sebastián Beccacecce's expected goodbye in the first days of December last year launched a new ordeal for Racing fans, old times of chaos in Avellaneda that started with the first match of manager Diego Milito, away that led to the match of the technical blonde while the political inmates in the club's offices caused a situation as chaotic as it is indefinable as it was to what would come next.

After some operational lobbies and countless names that were thrown to replace the blondo racinguist coach, the current board with the endorsement of Victor Blanco was decided by experienced director Juan Antonio Pizzi, who in the country had made his last experience in San Lorenzo de Almagro, not getting the expected results. The illusions of the numerous academic fans, judging by the expectations when on Wednesday 20 January the old coach signed his signature in the contract, were scarce and the results achieved in this first half replied the forecast of the fans of the club de Avellaneda.

Until Wednesday 05 May, Pizzi's campaign in Racing is marked by ups and downs and constant pressure from fans and leaders, which did not help him at all in a special feature tournament like this League Cup (former Copa Maradona), championship where they qualify for the next phase the first four of each of the two areas designed for this competition. In twelve matches of this tournament that does not carry too much pressure for the big teams, Racing reaped to date four losses, five wins and three draws

On the first date he lost 2 to 0 away against Banfield. Then as a home against Aldosivi tied 2 to 2, altered sequence in which he obtained a tight draw against Estudiantes 0 to 0 as a visitor, a result that some optimists celebrated as the crossing of the Cordillera de San Martín, taking into account the tiled scheme in the field that found it with many lagoons and very little order in its lines. In the fourth date he won as home 1 to 0 against Rosario Central, a moment that was quite excited when those led by Pizzi won in the fifth day as a visitor 2 to 0 against Platense. 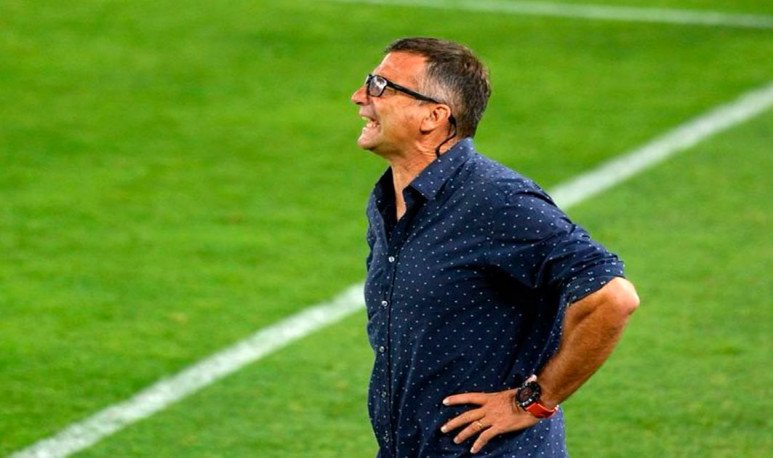 A meager win against Argentinos 1 to 0 that still allowed him to add three points, he found him in his most complicated match playing as a visitor against River, after a catastrophic 5-0 loss for the Super Cup final in Santiago del Estero, opportunity in which that very hard draw at zero in front of those led by Marcelo Gallardo many celebrated it almost as the corona-virus vaccine. Enthusiastic about a dramatic equality, in which it was only necessary to place the micro of the Buenos Aires delegation in front of the bow of goalkeeper Gabriel Arias to prevent something, it constituted a time of calm that collapsed like a castle of cards before a hurricane, when Godoy Cruz hits him. oacute; 4 to 2 in Avellaneda leaving him in an unstable situation near the ranking. 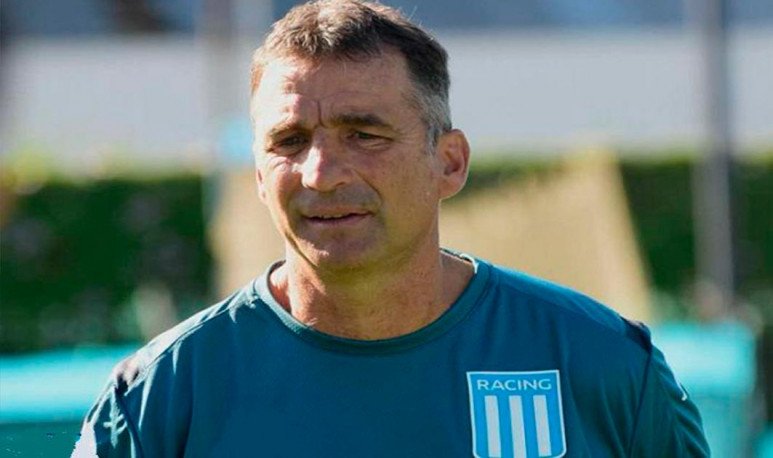 Undoubtedly the happiest moment for racinguists was the ninth date, when after the questioning after the defeat against the Mendoza, he had to play the great classic of Avellaneda on his court, a match that destined to draw allowed him a triumphal win with a goal in time of discount with a very dubious criminal that the referee Vigliano marked, few to then admit days later that the same had not existed.

In the very hard final stretch to try to rank among the top four of Group A, things followed in an eternal climb and down that discouraged fans and leaders alike, warning that things did not have the desired regularity to maintain a line of play and achieve goals. Going to Sarandi, he lost 2 to 1 with Arsenal and again rumors about his removal from the club, they placed Pizzi trying solutions that came to dropper. The triumph against the ascendant Colón 2 to 1 playing as home in a very suffering match, showed some light of hope to better reach the initial goal, but as happened all this semester, the tenth second date of the local tournament found those led by Pizzi ironed on the field without too much reaction.

The loss as a visitor against Central Córdoba 1 to 0 this last Sunday, was not the result of chance. Juan Antonio Pizzi decided to visit Santiago del Estero, a province that continues to cause traumatic memories, carrying out a controversial proposal to mix for that meeting a combination of headlines and substitutes that sought to alleviate the powerful physical wear and tear participating simultaneously between the Copa de la Liga y la Libertadores, a scheme that collapsed without attenuating as soon as the place was put into advantage.

Racing will face a double challenge in these hours: on the one hand, he plays on Wednesday night as home in the Avellaneda cylinder against his Brazilian pair from São Paulo, seeking to consolidate the good situation in his group, having not recorded losses in the continental tournament. But his defeat against the Santiagueños, when he had everything to reach the qualifying zone postponing River he had lost with Banfield, crumbled the central goal and now in the thirteenth he will play against San Lorenzo, forced to a victory to have certain chances in the latter day before the plays-off of the Argentine tournament. 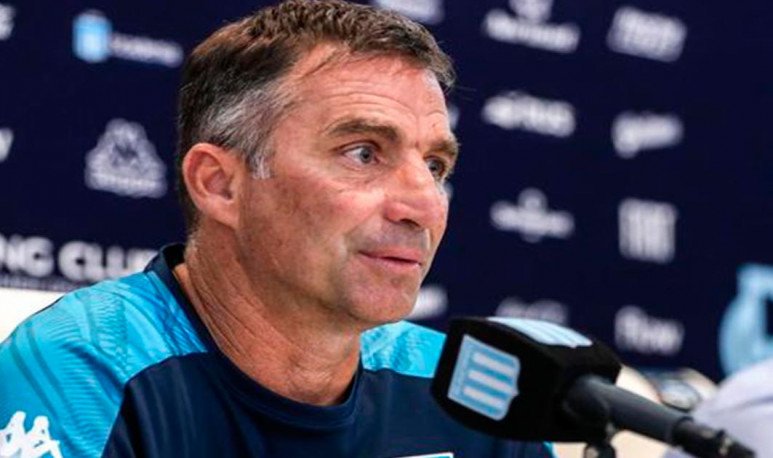 The racinguist leadership, very tired of the irregularity in the results and anticipating the possible elimination in the Copa de la Liga, would not rule out the end of Pizzi's task with the team of Avellaneda, even though the team is well on track in the Copa Libertadores, intuiting that, in that specialty, late or early you will encounter those results you do not want. “We lacked offensive freshness,” said Juan Antonio Pizzi after the defeat, as if it were a refrigerator with frigoria failures. Leaving for no reason in the bank players who deserve a few minutes of play and without Copetti in the attack zone, who stayed in Buenos Aires by technical determination, the former striker of River and Central who now boasts a balanced career as a coach, is again in the very thin line of continuity in office, pressured to win next Sunday to not finish in the usual technician chopper that Argentine football usually has every year.

The pandemic became the new director of television programming