The Gymnastics and Fencing club Mendoza celebrates 112 years of existence. It's one of the most important in our history. Happy birthday, Lobo! 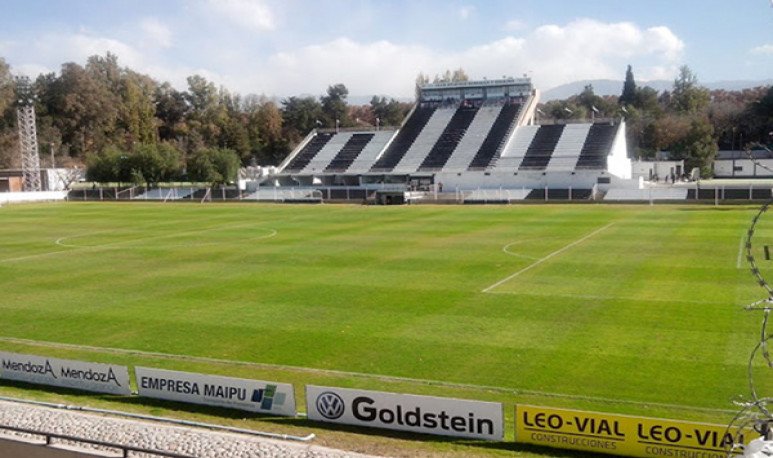 On August 30, 1908, the Atletico Gimnasia y Esgrima de Mendoza Club was officially founded . In its 112 years of history, the “Lobo del Parque” has grown and diversified its successes in different disciplines, although football has taken all the flashes. Baboso, Caracol or Mensana, are other nicknames received by the club. How many venues does it have? Who are your outstanding figures throughout your history? And more data, on this note.

Everything goes back to  the end of the XIX century, when the institution was called “Fencing Club”. After the arrival of new partners, in 1894, it was proposed to incorporate other activities related to the ball. Thus, it was called “Club de Pelota”,  based in Calle Gutierrez, in the City of Mendoza. Place where today the headquarters and other sports still operate.

At the beginning of the last century, more members joined the institution and sought to create a football club,  receiving 5 hectares of   General San Martín Park , by the Provincial Government. This idea was not seen with good eyes by the original partners. Thus,  in 1908 the Athletic Gymnastics and Fencing Club was founded, a separate institution of the Gymnastics and Fencing Club, which remained in the City , promoting disciplines such as aerobic gymnastics, martial arts, swimming and fencing.

In football,  the club was amateur until 1922, when it became the first team to win the   Mendocina League , since it had been recently created. Several decades passed where the Lobo won many domestic titles and was meeting different figures, on which stands out  his ultimate idol, Victor Antonio Legrotaglie, who debuted in 1964.

In 1969, the Mendoza Lobo crowned his tenth league title and, due to the restructuring of tournaments implemented by the Argentine Football Association in 1967, he won the right to start participating in the Regional Tournament . This gave a place to the old National Championship where he could be measured with some of the big players in national football.

In her passage through national tournaments, Gymnastics won the title of  “The best team in the interior”.  During those years he managed  to beat River by 2 to 1, San Lorenzo by 3 to 2 and, on another occasion, by 5 to 2 and Boca by 5 to 1  . Memoriosos tell that, in the National 1971, in the hit by 5 to 2 to San Lorenzo, the referee of the match stopped the match and told the Mendoza players (more precisely, Legrotaglie) to stop playing so much the ball because he was not responsible for what could happen.

Mensana achieved such an outstanding position, who in 1978 received Valencia from Spain in a friendly match, with  Mario Alberto Kempes  among his figures. The match was played at the stadium Malvinas Argentinas, before 48,000 spectators. The result was triumph of the Spaniards by 3 to 0.

But that “golden” era had an end. The names disappeared and the team returned to compete in the Liga Mendocina, alternating participations in the Argentine tournaments, but without great successes.  It was so bad that he came down to First B in our province twice.

However, based on good administrative management, team project and individualities, Gimnasia regained the place its history deserves.  In 2014 and 2017 he achieved the promotion to the second division of Argentine football, where it remains today. Thus, white fans are coping the Legrotaglie stands to make their team endurance, which is so important in our history.

The player who gave the name to the court did not yet debut on the team when it opened.  It was in 1934 when Gimnasia inaugurated the first stadium in Mendoza, with capacity for 20,000 people.  It is located in those hectares that were acquired, in the General San Martin Park and currently has a capacity for 14,000 people. He has been relegated to fifth place in terms of the most capable stadiums in Mendoza.

In addition to football matches, the stadium has hosted other types of shows such as the first central act of the  National Harvest Festival in 1936. In addition,  in 1943, Gimnasia became the first club of all Cuyo to have artificial light on its court.

In 2011,  the stadium underwent a refurbishment that included the creation of a buffet and gym under the west platea, the creation of a perimeter pit surrounding the popular podium east and south that allowed the eradication of perimeter wire, refurbishment and resetting of the lawn of the pitch, the restoration of the paintings of the grandstands and interior and exterior parts of the stadium . In addition, the substitute benches were modified and improved, the headquarters were restored and conditioned with first-class furniture and technology, and new bathrooms were created for the fans and an auxiliary court made of synthetic grass on the plateas part.