Home People Sports A victory to get excited

A victory to get excited

With goals from Ferreiro, Ortiz and Casella, “The Lions” were imposed by 3 to 2 to Great Britain in London. A victory to be excited. 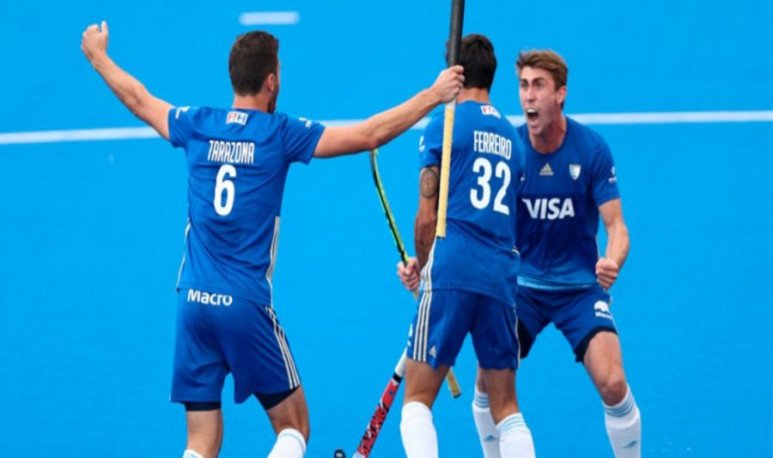 Gone was the bitter taste product of the goleada suffered in  Rosario  . With a victory to be excited. On this occasion “The Lions” took it out and were more than their rival. And although it was not reflected in the numerical result (3-2), Argentina sealed a great presentation as a visitor. It was against his British peer on a new FIH Pro League date.

A triumph that invites you to get excited about the latest performances . Which will define the four teams that will play the Final Four in the Netherlands. And so meet the champion of the new international competition proposed by the FIH.

The owners of the house were the ones who had the first clear goal situation. It was four minutes away, with a short corner in favor, well solved by  Juan Manuel Vivaldi .  A first four in which both teams were careful  and divided the possession of the boccha. The first fixed play  albiceleste  arrived only at 19 minutes and with it the long-awaited relief. Dragged by  Leandro Tollini  and in the bounce, the appearance of  Martín Ferreiro  to define with a push to the net. And set the partial 1 to 0.

The complement was decisive for the  Olympic champions  . From a good job in defense, counterattacks emerged. In order to generate a greater advantage in the scoreboard. Within 36 minutes after a pass by  Agustín Mazzilli  , Ignacio Ortiz appeared to leave the goalkeeper out and decree 2 to 0. Six minutes later, Argentina went ahead in rival field.  Maico Casella  was hand in hand with the British goalkeeper and sentenced the 3 to 0.

The last quarter was decisive for both teams, both to maintain the lead, and to narrow the gap.  An unvalidated goal to Agustín Mazzilli twisted the course of what until there was all Argentine domination . Only in the ninth short in favor, Sam Ward found the discount (56') with a dragged one that could not contain Vivaldi. Already with one more field player, Danny Kerry's bet to try to force the draw, came 2-3 through Alan Forsyth.

Despite the European siege,  Argentina remained calm and thus managed to maintain the difference in the  scoreboard that allowed it to score three valuable points.

“The Lionesses” tied in London