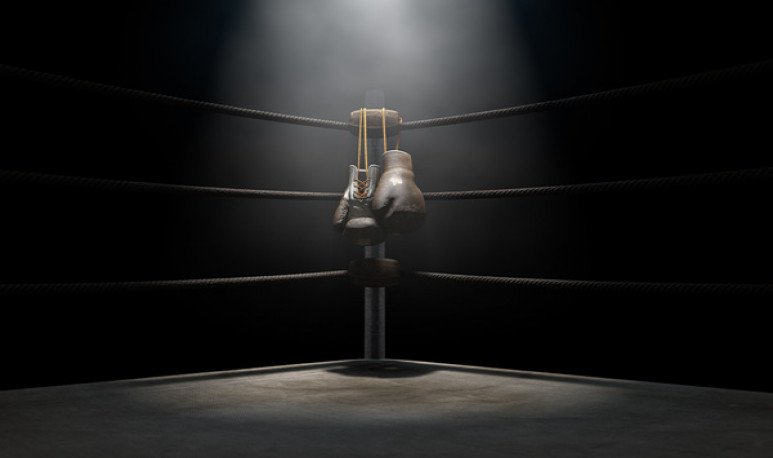 A night that was intended historical, memorable, which the world of boxing would talk about, finally it was, but for the role it turned out to be: the fight between  Walter “the Terrible” Matthysse and Roberto “Munra” Reuque , two exponents of the Chubutense boxing  who moved to Rosario to star in a real embarrassment.

Although Matthysse is born in Santa Fe, it is an unavoidable reference of Chubutense pugilism, more precisely  Trelew , just like his brothers  Lucas  and Soledad, and currently also his son Walter Ezekiel.Roberto Reuque, born in Dolavon, a picturesque village just over 30 kilometers from Trelew, was a fighty, handsome, “fajador” boxer.

Both had faced only once, in amateurism, and the réferi raised his hand to Reuque as the winner. From that time the pike was left.

In October 2005, with both on the crest of the wave, faces were again seen  — now as professionals — in a super-promoted fight, with international television, with Chubutense media traveling to  Rosario  to broadcast live and live: it was lived as the previous one of a classic.

The verbal game, classic boxing, went up in tone. Even, in the pre-match, they refused to pose together in the classic photo that the pugils are taken out after weighing.  The weather was hot  and that amateur fight seemed to generate rescuers between the “Munra” and the “Terrible”, who promised to win by knock out in the second round.

The most anticipated night came, at the closed stadium of Newell's Old Boys.  Mathysse-Reuque, Reuque-Matthysse, with the Latin WBO title of the welter category at stake, which was in the hands of the “Terrible”.

The bell rang and Matthysse went to the front, without mediating any cordial greeting began to hit, but Reuque, who was no improvised, was planted and encouraged to the knocker. At the end of the first round,  the “Terrible” put a descending right into the face of the Dolavense who sent him to the canvas . Although he made a small feast in a mockery tone, the referee of the match,  Luis Guzmán, did not count the fall, in the first controversy of the night.

The second round began and Mathysse went out to fulfill his KO2 promise, but Reuque, firm, did not let himself bend by the fortress of the “Terrible” and continued to endure the attacks and also encouraged himself to hit, although the champion was superior despite the stoicism of the challenger.

The bell rang and embarrassment began

The boxers had been crossed in relation to their corners and looked ugly.  Matthysse said something and hit the “Munra” a horn, who reacted with a kick and a blow to the back of the neck  to the astonished gaze of the spectators who had filled the Rosarino gym.

Luis Guzman disqualified the two and the fight was declared undecided , resulting in a widespread whistle in the face of the embarrassment they were witnesses. Then came the cross accusations, Reuque's coach said that “everything was a circus to benefit Mathysse,” adding that after the pineapple out of time of the first round, the champion should have been disqualified.

The career of both continued, although it was no longer the same.  Between 2005 and 2009 Mathysse played 8 more fights  , all ending on the fast track (as happened throughout his career). He won 3 and lost 5 to finish his stage in the professional box with a record of 26 wins, 5 losses and a no-decision fight.

What would have happened to your careers if you had reached the end? You'll never know. Things are how they happened, if there is regret in either side, it's too late to repent.