The overpopulation of dates during May, the physical wear and tear of the players and the complaints of technicians and leaders stirred the waters of a structure that drags the problems of a continental competition in a few weeks. 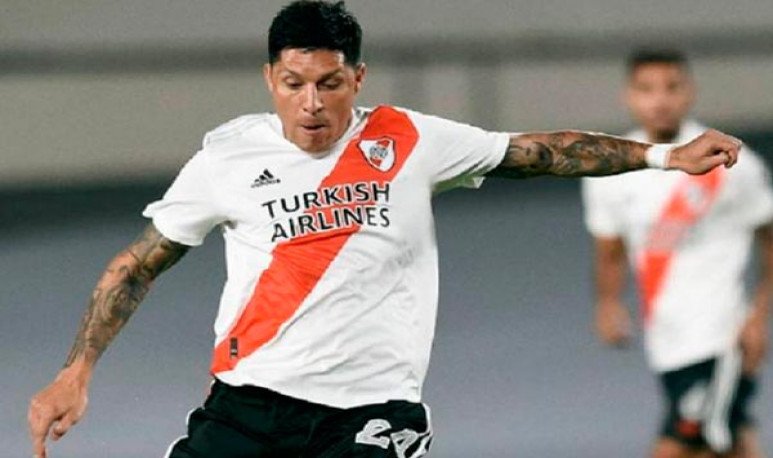 It was an adrenaline autumn Sunday but ridiculous at the same time, with a sequence of matches that started at 10 in the morning, when  Boca  beat Lanús 1-0, decisive match to qualify the xeneizes in the final phase of the League Cup, and he passed there the posta of the matches at noon to Independiente, who without ideas and many nerves had no better behavior than losing 0 to 1 against Atletico de Tucumán to complicate his very limited chances of achieving a place in the new phase of the local tournament. After cardboard at 14 in old Flores, San Lorenzo defeated Godoy Cruz and made sure to be very close to the qualification in a complicated area, La calesita of the matches after the match of the azulgranas, continued at four in the afternoon with the visit of  River  to the Banfield Stadium, a stronghold where things never work out too well, losing to a liar 1 to 0, when he had to take another in his basket at least.

Millionaires could not in the bronca, having compromised their classification, but as usually happens in the big lottery of the results, the Racing nap in Santiago del Estero left the Academy losing by the slightest difference to Central Córdoba, a result that allows the” millionaires” move to the next phase winning or drawing with Aldosivi in the renovated Monumental stadium. Those led by Pizzi raffed a unique opportunity and now must beat  San Lorenzo  if they want to move on to the next round. Sunday's delirium with eight matches, then followed with Central's beating Newell's in  the grand rosarino classic , a day where tv grabbed the rating for obvious reasons. The enormous difficulty in accommodating the parties when Workers' Day was celebrated on Saturday, was one of the many reasons why the leaders are angry with the AFA, among many other things. The main reason: the sequenced organization of matches in recent weeks, caused a very eroding appeal of matches for all the teams, annoyed by the unevenness of the current calendar.

Jorge Amor Ameal (Boca Juniors) and Rodolfo Donofrio (River Plate) led during the last week endless complaints, after warning that things in sports programming, for a change, became worse than bad, causing a month where the most rooted teams that play today, can reach play up to a maximum of nine matches between the last weekend with the date of 2 May and Sunday 30 of the recently started month. Accusations on the air, veiled criticism of those responsible for coordinating the calendars and, above all, an inocultable malaise because the clubs that are participating in the Copa Libertadores, can see their resistance undermined with the obligation to participate in spans of less than 72 hours.

If the top five teams in our country (Boca, River, San Lorenzo, Independiente and Racing) qualify in the top four places in the two competition zones for the home tournament, the minimum they will play during the fifth month of the year will be a six-match block in less than 30 days Ace. Of those six matches, four will correspond to the international competitions (Libertadores/South American) and two to the home championship in the definition phase. Miguel Ángel Russo, technician who in recent hours was vaccinated against COVID-19, did not hide his fight against these absurd calendars, indicating that the days between the different matches, only if they will allow the physical recovery of the starting players who maintain continuity in their equipment. After the results of the last weekend, there are chances for one of the big five not to participate in the final phase, but before these matches happened damaging the chances that Racing had, the big five in football threw trines making themselves sound strong and firm.

The specification made by the DT of the boquense institution, sought above all to emphasize that the time distance between each planned meeting would not allow teams to seek tactical changes with the usual practices, which will be canceled looking in those days intermediate that the campuses recover from the effort after the matches of a calendar that matches national improvisation. On the other hand, the head coach of River Plate without dodging the subject, sought to differentiate himself from his colleague, noting that at other times similar situations had occurred. Marcelo Gallardo, worried about so many matches in less than a month, understands that he must regulate between the headlines and the youth who gave him so well in the last participations. 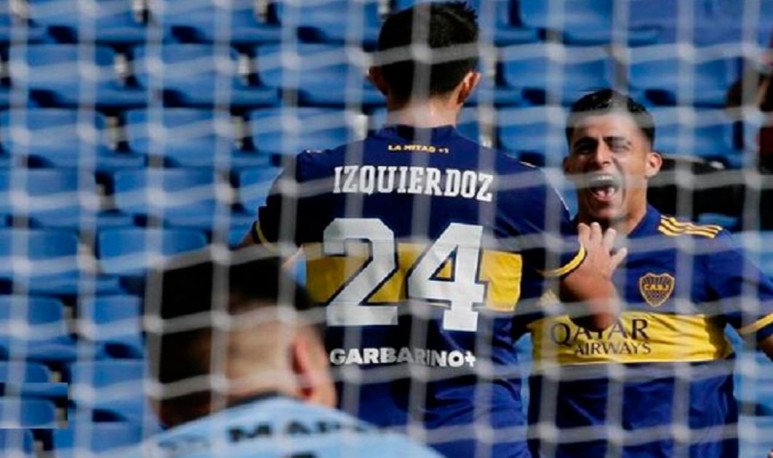 The big five played on Sunday, in a ridiculous marathon of matches that was launched at 10:00 AM with the match of Boca versus Lanús, because on Tuesday Russo's team will have to play as a visitor for Libertadores against Barcelona in Ecuador, which forced the players from La Ribera de rearrange the schedule of breakfast, match, lunch and trip so as not to decompensate the squad with so much rattling. The truth is that Boca and Independiente play today Tuesday and tomorrow will River as a visitor for the continental tournament, while Racing will be home to his Brazilian pair from São Paulo, an agenda that placed the Argentines with meager lapses of time between match and match, a huge dispurpose criticized by leaders, technicians, players and media.

Next Sunday, the teams in our country will play the last date of the League Cup, a complicated previous phase in which the five big clubs could be qualified for the next instance, which would alter the already disrupted time between the matches of this competition and those who must meet for the Copa Libertadores. On Sundays 16, 23 and 30 May they are reserved for the quarterfinals, the semifinals and the decisive match of the local competition, locations of the matches that would not have caused discomfort, had they not overlapped with all the matches of the continental competition. The truth is that if each of these teams could at least four of them play a total of nine matches in just 30 days.

The current situation, aggravated by the pandemic, also generated that the times that all clubs have for the recovery between match and match is shortened, because it should not forget that the institutions have obligatorily numerous days in which the entire squad, technical staff and leaders must undergo COVID-19 tests. All these checkups demand their time and above when a case jumps into a team, they must carry out another complete health survey to prevent the spread of the disease within the number of people involved in these meetings. Concern about the “Cardona Case”, xeneize player that after overcoming corona-virus spread appeared with heart problems, increased alerts for existing side effects. 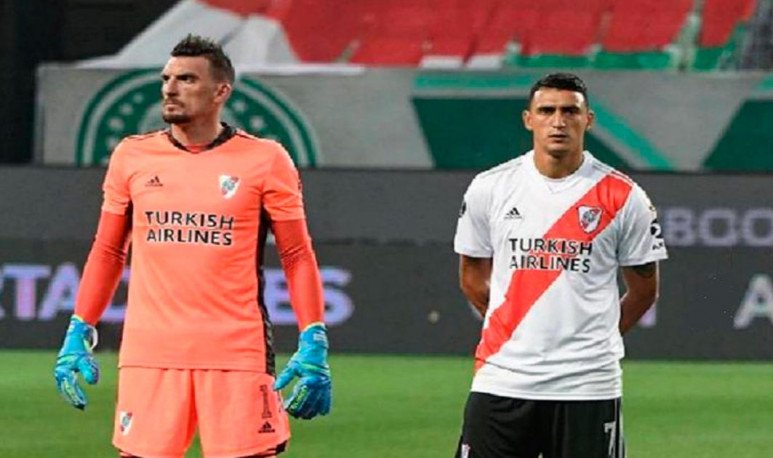 If AFA president Carlos “Chiqui” Tapia was very husked before this whole range of conflicts, in which the validity of the election that allowed him to join the presidency of the Argentine Football Association, after the announcement of the dates of the Libertadores and the South American, was most injured by the criticism received. Voices asking to reschedule some parties in recent days that were neglected, such as the claims made by Boca e Independiente to have to play in a span of less than 72 hours, naturally fueled the resistance of the leaders, who have it in their sights to be neglected in their logic and understandable requests. The discomfort that exists in the offices of Calle Viamonte to 700 undoubtedly every day grows a little more.

Another problem that Argentine football is dragging these hours, has a direct connection with the Copa América, because the overpopulation of matches in less than a month is another source of problems for the team of Leonel Scaloni. Due to the fact that part of the squad will be composed of players participating in the local competitions, this circumstance of several weeks saturated with matches, could cause some of the players summoned by the coach to suffer some serious injury that marginalizes it before the tournament between teams national scheduled for June. The team, in addition to having the players who will arrive loaned by their European teams, includes quite a few members of the local league and a physical mismatch would be the coup de grace for a controversial tournament.

The new edition of the Copa América, a championship that will take place in Argentina and Colombia simultaneously, sparked a series of criticism for its operational infrastructure, the potential generation of contagion with so many visitors and, as expected, the conflict over vaccines that were managed for all those involved who will play in this competition between national teams. The management of Conmebol amid the scarce vaccine matches arrived in the country, naturally provoked in recent days a series of criticisms, championship that according to sports specialists could have been rescheduled for another time without affecting the development of local tournaments currently under way, demonstrating the power of that continental institution. & nbsp;

The pandemic became the new director of television programming