Santafesino Marcos Ciani is one of the biggest motorsports in Argentina. We remember his feat of '65. 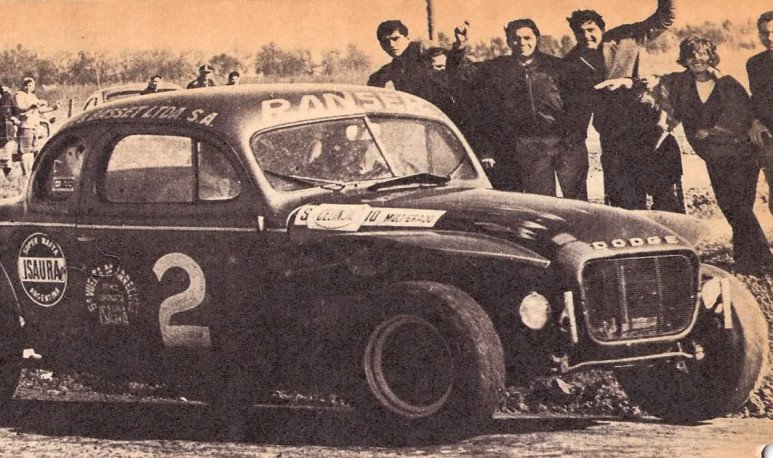 Marcos Ciani was one of those illustrious glories of Road Tourism. He was born on April 23, 1923, in Rufino , Santa Fe province. But at the age of 12 he settled in  Venado Tuerto, a city that adopted him as his native son.   In intimacy, they called El Sapito to this saint-man. He debuted as a companion of Guillermo Merenghini in 1947 and the following year he played the same role with Roberto Matassi in the South American Grand Prix that joined Buenos Aires with Caracas.

He debuted with a Chevrolet in the Thousand Miles, held in January 1949. He made an extraordinary performance ; he qualified fourth behind Oscar Galvez, Fangio and Lorenzetti. Quickly his name settled among the greats of Argentine motorsport. 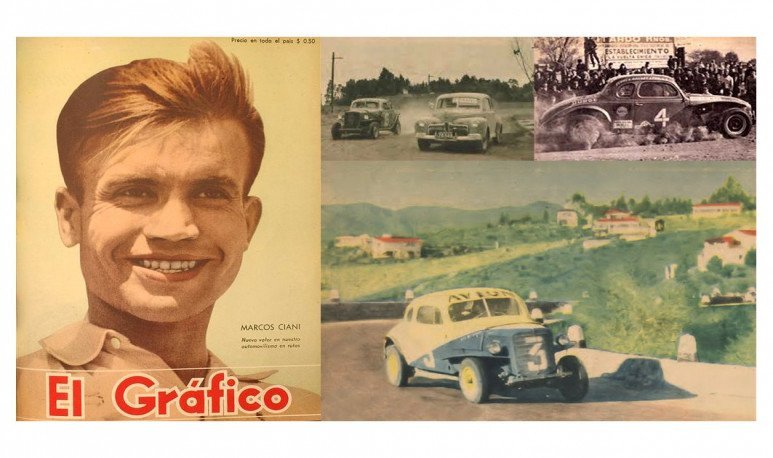 Then came the Argentine Grand Prix, leaving when he was in third position. In the course of the first stage, which joined Buenos Aires with Comodoro Rivadavia, he played the competition command with Juan Galvez until a rollover stopped the march near Rawson when he was in the first position for net time.

His machines had the recognition of the Argentine automotive environment . To such an extent, a Chevrolet was bought by Toto Fangio himself and turned it into the famous Coloradita, which ran Juan Manuel Bordeu.

In the last years of his life, the Santafesino was engaged in hotel activity. He died on 14 July 2007, when he was 84 years old. Not only Tuerto Deer, but all Santafesinos, remember it with respect and affection. A test? The  two documentary videos that were shot in his homage,  the second of which dedicated to a reconstruction of that Vuelta de Santa Fe and its epic outcome, with the participation of friends, family, mechanics and journalists.

An unforgettable episode on the Argentine routes

The day: May 23, 1965, date that the TC calendar dedicated to the famous Vuelta de Santa Fe. It was his 17th edition. For Ciani it was  the definitive test bed he needed to give solidity to his pretensions.  He ran in his payments, on a mixed land (badens, donkey loins, sewers) and asphalt (long paved ribbons that allowed the slitters to show everything they were worth). In addition, the so-called “ Gold Cup” was disputed. And the only two who could aspire to win it, for the score accumulated that year, were him and the rival he wanted to wet his ear: Dante Emiliozzi.

It was a tremendous duel , which made the crowd of countrymen put their hairs on the edge of the road, to support the Santafesino. With repeated overruns, sometimes with wheels just inches from the bench, in an almost superhuman challenge to the laws of physics. It was already known what was waiting for the one who was wrong, behind the wheel of devilishly fast cars.

The arrival on Route 33 was apotheotic and the only existing photograph was published not only by almost all Argentine newspapers but also by many foreigners. Ciani won, almost on the final flag. There were those who were not there and, wielding non-existent differences, did not deny him equal to the outcome all the accumulated dramatism. The attribution of the victory to Santafesino over the Galera won ground by three or four meters ahead. It might have happened that way. But one, enbelsed, looking and relooking at that historical photo, may well come to the conclusion that the Sapito's advantage, with the flame-colored horn of his Dodge in front, could have been barely one meter. Unique in all history.