Home People Sports A Santafecino in the NBA swimming

Santafesino Santiago Grassi will be the first Argentine swimmer to compete in the International Swimming League, the NBA of this discipline. 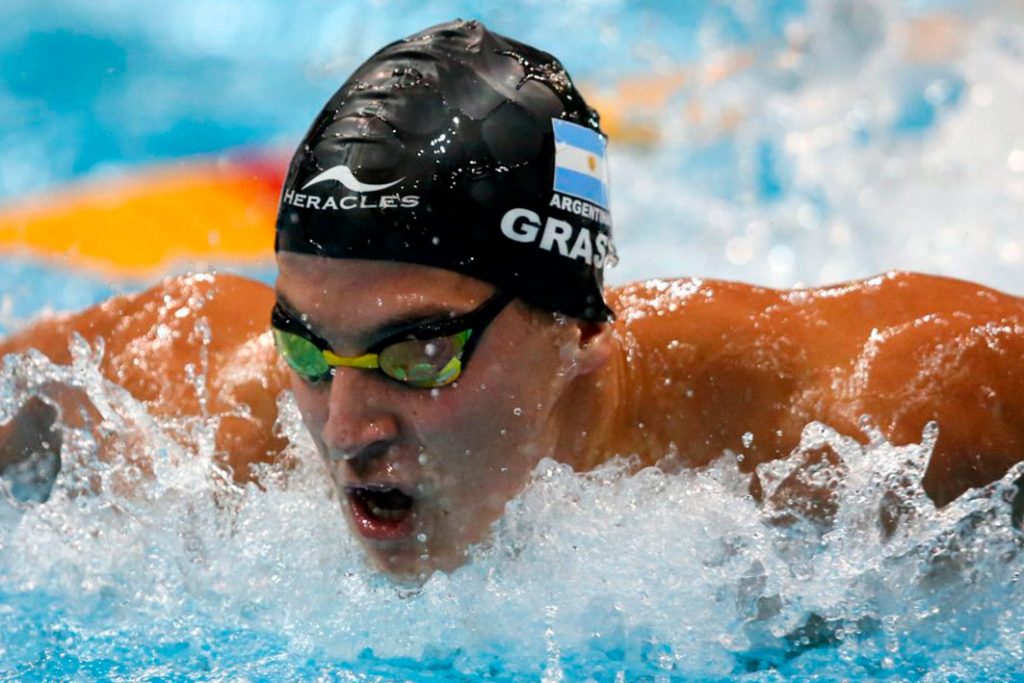 By: Julio De Martini
The

Santafesino swimmer Santiago Grassi was marked by a phrase he heard as a boy: “Train until your idols become your rivals.” Today, at the age of 23, he has long fulfilled his dream of competing against Michael Phelps in the United States. Currently, several of the most important are competing for the crack of the butterfly swim to compete in the International Swimming League, the NBA of this discipline .

Grassi is one of the three swimmers in our country (the other two are Delfina Pignatiello and Julia Sebastián) with brand to be in Tokyo, the Olympic Games that are on everyone's lips lately. The world's highest sporting event should be played in a few months, but, due to coronavirus, they will be held in 2021.

Santiago lives in the United States a few years ago. He made the difficult decision to go north as soon as he finished school because his family, his teachers and himself realized that his swimming thing was very serious. And the United States is the country with the best infrastructure and professional culture to develop personally in this sport. In this way, he studied Administration at Auburn University, Alabama, where he also deepened his training as a swimmer.

With the path paved towards professionalism due to his university graduation, Santiago Grassi studies the offers of several franchises Americans to compete in the League that summons the stars of world swimming. No Argentinian had this privilege.

At 23 years old, and after four seasons, the Santafesino finished his studies with the highest ratings and retires as captain of the Tigers, name that receives the college swimming team to which he belongs.

A beast of the water

This swimmer was born in the city of Santa Fe on September 25, 1996. He claims that, in his childhood, he was just another boy learning to swim, more out of need than taste. Until chance, sometimes capricious, sometimes wise, made him see that there, in the water, was his destiny. An invitation came from Club Union to the school he went to, which consisted of the possibility of swimming at a discount. For convenience, the three brothers Grassi started swimming with this proposal. Santiago doesn't remember that this was a hinge moment. But it is true that, since then, he never stopped swimming. And he does remember the teachers who formed him as a swimmer.

At the age of 11 he wanted to stop swimming to do another sport. At the club they told him that there was no problem, but that he was coming a tournament and it was good for him to participate, because they saw it with possibilities. He signed up and gave him It went well. That's where he started to get excited. more. He was racing more and more enthusiastically until, at 17, chatting with the family, they realized that swimming would be their job.

To the poet from Cordoba

Scatters players in the Brazilian futsal