We tell you the story of one of the luckiest players in the province. This Cordovan played in the five Cordobese giants, broke a record and is legend. 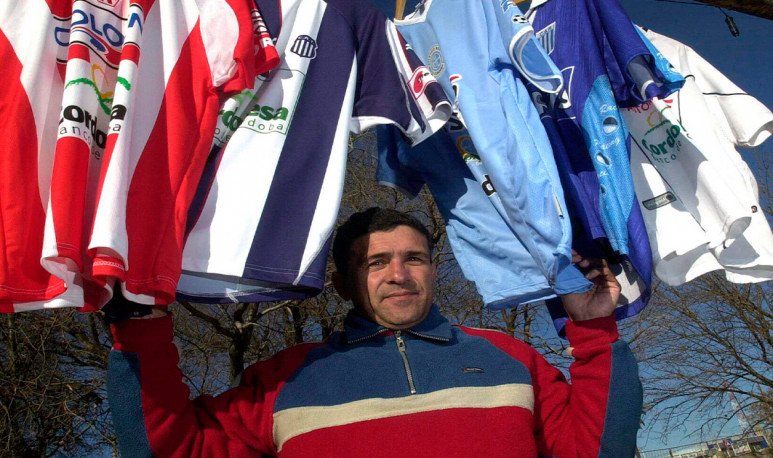 There are five largest clubs in the province of Cordoba. Each with his inveterate swollen who follows his team to die. Because that's what we are, matadores, pirates or glorious,  we give our heart to our club.   In the case of this Cordovan ,  he gave his heart five times to five different clubs, whom he loved with the same intensity. This experience led him to become a  Cordovan legend and popular idol.  This is  Victor Heredia, the only giant heir to the throne of the Cordobish teams.

Today he is over 60 years old and has  already retired from his career as a footballer. But there is something he still did not retire, did not give up the Cordovan record title: the record of having played in the biggest five in Córdoba.  This player played as a flyer and he wetched the coats of  Institute,  Workshops ,  Belgrano , Juniors and Racing . Despite the passage of time, it is the only one in the whole history of Cordovan football that  combined all the colors.

This legend began in “La Gloria”,  Instituto Atletico Central Cordoba.  With white and red colors he scored  15 goals in 152 matches.  With the club that saw him born, he faced several teams.  He marked different personalities,  but the   epic moment  of his career was one:  Maradona .  It was in the Bombonera, Metropolitan in 1981. And, although Diego escaped and converted for his team, this  Cordovan player  made a  match.   In short,  his times of glory were lived with “La Gloria”, in the neighborhood of  Alta Córdoba  . Since his high level in Institute made him summon to the team that commanded, at the time, César Luis Menotti.  So it began  to be requested by other great Cordobés clubs.

And he kept adding T-shirts. Between 1985 and 1989, Victor played with the albiazul. It was with  Club Atletico Talleres de Barrio Jardín  with whom he played  107 matches and scored 17 goals.  So it was that the noodle audience began to worship him, and Victor became a figure. From Cordoba he went to  Cristal Caldas in Colombia.  From there, non-stop, he flew to play with  Gimnasia de La Plata.  But his heart kept beating  to the rhythm of the Cordovan tonada.  The thirsty clubs requested Victor Heredia to remain  in the provincial league . So he started playing in  Alberdi's Giant,  with the blue and white. With  Club Atletico Belgrano he made only one goal.   But he drove the midfield  in 29 matches during the 1991-1992 season and  reached the promotion with El Pirata.

To complete the list of the biggest clubs in Córdoba he was missing only two.  And he didn't stay with the desire.  He played for  General Paz Juniors  for a while and in  Racing New Italy  . Then return to Juniors and finally retire.

His career  is legend.   In  popular, football and Cordovan culture, Victor Heredia is an idol.  And although he changed his shirt many times, he is eternally grateful to Institute. Since, without the mood to offend his followers, he feels indebted to  the club that saw him born.  And with whom he lived the  strongest experiences of his career as a player.