This 18-year-old hypoacoustic swimmer received an unexpected gift that allows him to prepare for the Deaf Games. 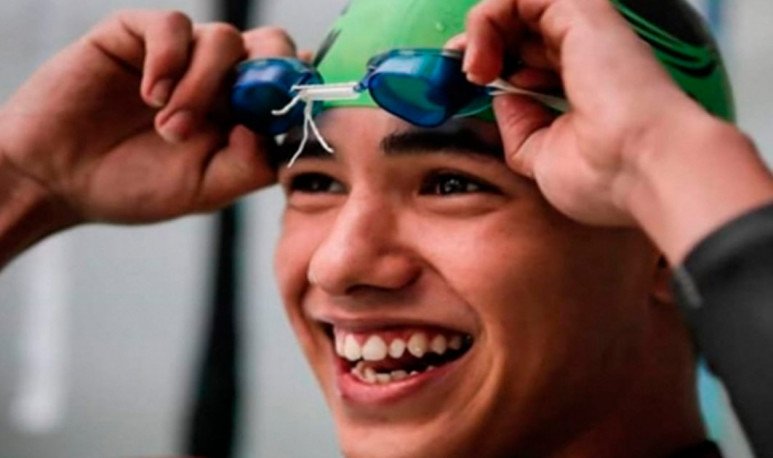 In life, sometimes things just settle down. In the most complicated moments, a door opens and we see the way. For that to happen, the intervention of  supportive people  with giant hearts is fundamental. Today we are going to tell you the story of  Sebastián, a swimmer   who found in sport a salvation  and solidarity of a stranger, an unexpected and infinite joy.

Let's start at the beginning.  Sebastian is 18 years old and is hypoacoustic . He was born a month before the scheduled date and was connected to a respirator his first days of life. He weighed only a kilo and needed blood transfusions . He grew up with maturative delay and autism.  He was a lonely boy who lived with silence, until he found the energy he needed in the  sport .  He threw himself into the pool and his whole world was transformed . He started as a therapy for his cognitive development, but Sebastian discovered that he had fitness for the sport and began training professionally. Currently, it is preparing for the  Deaf Limpiadas in Brazil 2021 , the Olympic Games for the Deaf.

However, the  pandemic  came to limit that enormous freedom that water brought to it. Her parents, Marta and Edmundo, noticed that this lack affected the quality of life of their son, so they decided to put together a pool with what they had. Thus,  they created a walkway with veneers and branches so that he could continue swimming . They did not expect anything, but good  hearts  call other good hearts, and Sebastian received a huge gift.

I give you a swimming pool

When his story became known, many were moved. Another Sebastián, named Oviedo,  owner of a swimming pools factory , did not hesitate: he gave him one for the young man to train with his colleagues. And that's how suddenly a truck arrived at his home in Florencio Varela (Buenos Aires) with a  pool 12 meters long  by 3.40 wide and 1.60 deep.  Sebas could not believe it : a giant pool at the bottom of his house, to be able to continue moving, gaining meters, physical state and filling his body with energy and joy.

Sebastián Oviedo was not the only one who was moved by the story. An English teacher donated litres of chlorine, a nutritionist left her data to help, a surfer sent her a wetsuit and, from the Buenos Aires government, he was invited to participate in a talk by Zoom to have Sebastian tell her story in order to motivate others. Infinite solidarity  , when it is most needed and with the sole intention of helping someone who did not have an easy life and found a way to reverse his luck through the movement.

Sebas says  swimming  saved his life . His example, surely, will give impetus to many more to seek their own path and their own motivation on this difficult but beautiful path of life.