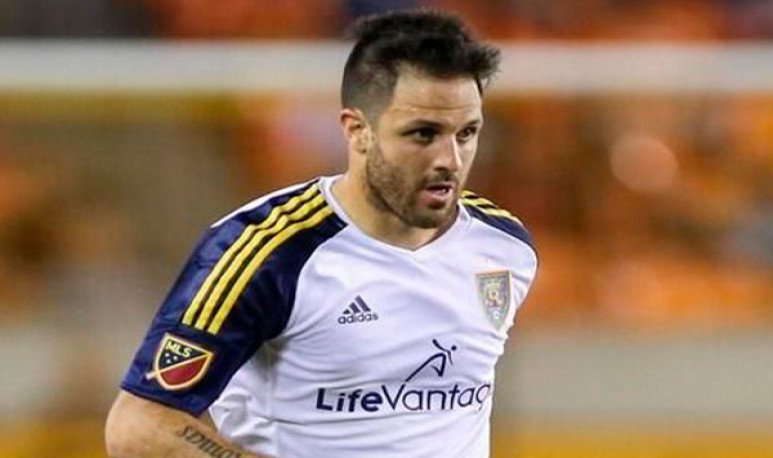 Juan Manuel Martínez, better known as the “Burrito”, for his physical resemblance to  Ariel Arnaldo Ortega ,  is perhaps one of the most skilled Patagonian footballers than has stepped on the fields of Argentine football in the early years of the 21st century.

Born in  Viedma   in the 1980s and from a family who breathes football — his father and uncle dressed the River Plate jackcoat and his brother is also a professional footballer, currently playing in Greek football — Martinez trained in the lower divisions of Velez Sarsfield.

He made his debut at the Liniers club in 2003 at the age of 18 , at a time when the “Fortin” had irregular performances at the local level after the last title reached in 1998 by Marcelo Bielsa. Without much continuity, he formed the squads that won the runner-up in the 2004 Apertura (the one that Vélez lost the possibility of going to a tiebreaker match with  Newell's Old Boys  de Rosario for a garrafal error by Gastón Sessa) and the  title of the 2005 Clausura  six months later. However, Miguel Ángel Russo decided not to take it into account in his project and emigrated on loan to Argentinos Juniors , where he began to start and add minutes that allowed him to return to the Liniers club, although he played only three matches during the second half of 2006.

Again his destiny was out of Velez.Between 2007 and 2008 he played in two absolutely different leagues: Colombia (at Deportivo Cúcuta) and the Arab (at Al-Shabab). After those steps in international football, Burrito had his third cycle in Velez, where he took rematch, was figure and pillar of Ricardo Gareca's team and earned him the call to the Argentine National Team.

The 2009 Clausura found him with an unstoppable gambeta, being a reference in the velezano attack, irascible and unpredictable.  He was instrumental in the victory in which Velez beat Columbus in the Elephant Cemetery 4-2, after losing 2 to 0. The story is known, in that tournament the “Fortin” became champion on July 5 against Hurricane de Ángel Cappa, with the controversial goal of Maximiliano Moralez after a clash between Joaquín Larrivey and the quemero goalkeeper Gastón Monzón.

There began a successful cycle in the history of the Liniers draw , which in the 2010 Apertura came runner-up, two points from Estudiantes with a remembered goal of “Burrito” in the last date against  Racing Club ,  in which he toured three quarters of the court to, with an exquisite definition, unlevel the actions. That year, he was awarded the Silver Olympia as best player.

The following semester started in the best way.  He was summoned to the team led by “Checho” Batista  and in the friendly against Portugal — highly promoted by the duel between  Lionel Messi   and Cristiano Ronaldo —received a foul in the area over the end of the match that Messi then switched by goal to give the national cast the triumph by 2 to 1.  In September 2012, he was again summoned  —  this time by Alejandro Sabella    — to play the Superclassic of the Americas, where he scored a goal in the defeat to Brazil by 2 to 1 in Cariocas lands.

During the first stage of 2011 it would continue to be the fundamental pillar of Vélez de Gareca , which would reach the semifinal of the Copa Libertadores of that year against Peñarol. The pass to the final was truncated because Santiago Silva missed a key penalty in the second half after slipping in the execution: the “Fortin” won 2 to 1 the return match, but as the first leg ended 1 to 0 in favor of the Uruguayan team, the “Carbonero” reached the decisive phase by the visitor goal.Weeks later, Velez returned to hold a local title. The 2011 Clausura was in the hands of the Gareca team who, after the defeat of Lanús, his immediate pursuer, left him the title on the platter.

In 2012 the “Burrito” left Liniers and landed in Brazil's Corinthians, where he played 18 matches and joined the squad that won the Club World Cup  against the powerful Chelsea of England. In the final, the Viedma native entered about the end of the match.Seeing that his continuity was going to be little at Timao, Martinez returned to Argentina in 2013, to play at Boca Juniors. With irregular performance, in a Xeneize that came somewhat tiled in a time of drought, he was trying to recover the level he obtained in his third cycle in Velez. In 2015, the effort prize came and won the Julio Humberto Grondona tournament.

His career continued with ups and downs : he emigrated to American football for military in Real Salt Lake, had a brief and insignificant fourth cycle in Velez, which was no longer in good times as in previous years, and joined the South American Cup champion squad with Independent and then began to military in the ascent: in Agropecuario and currently in Almagro.

However, he thirsts for rematch and  wants to have another cycle again in Velez Sarsfield,  the club in which he reached its highest level. Will the “Burrito” Martinez and the Liniers club come back to have a new positive streak?