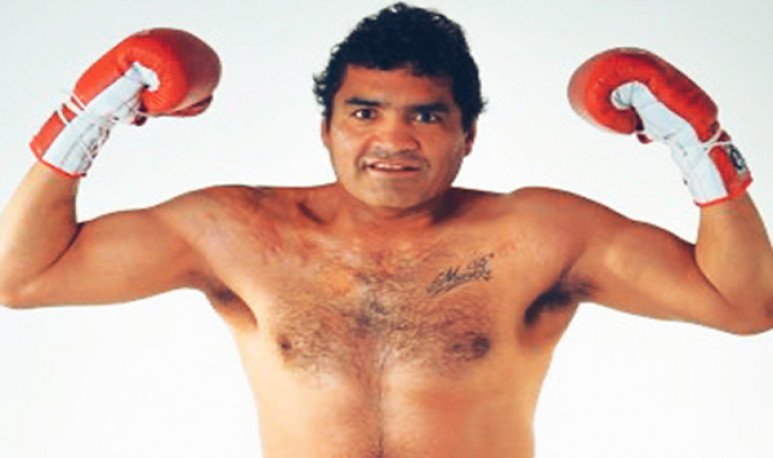 Born in  Caleta Olivia , province of  Santa Cruz ,  Jorge Fernando “Locomootora” Castro  entered the great history of Argentine boxing when he was crowned world champion in the middle category. Controversial, authentic and controversial at the same time, he is an inescapable figure of national pugilism.

Castro was born on August 18, 1967 in a humble home in Caleta Olivia.He had few fleas and always grabbed pineapples in the street, which earned him the other nickname by which he is known: “Roña” .

At the age of 14, when he weighed 55 kilos, he started boxing . Self-taught, the Santacruceño began to go to the gym and saw that he had conditions. Until then I had never imagined that he would become one of the most recognized boxers of the national sport. Three years later, without yet reaching the age of majority and with a promising career, he arrived in Buenos Aires. And in 1985 he had his professional debut, which had a run of 144 fights, of which he won 130 (90 by knock out), lost 11 and tied 3.

“Locomotive” (nickname earned by always going forward) touched the sky with his hands  in 1994, when he was crowned World Boxing Association (AMB) world champion  by beating Reggie Johnsonn in  Buenos Aires . There were four of the belt defenses he performed.  The most remembered, against John David Jackson in Monterrey, Mexico , where he later won by knockout in the ninth round after eight unfavorable rounds.

In the fourth defense, he lost the title by unanimous judgment against Japanese Shinji Takehara on 19 December 1995. That same year he decided to stop being sponsored by a manager, because he felt that they lived at the cost of his suffering.

To say the Hand of God is to go back to the World Cup in Mexico 86 and the first goal  Maradona  scored to England. However, eight years later, in the same country, the “Roña” baptized with the same name the coup that began to pave the way for him in his second defense of the AMB Middle World Title.It was a hell of a fight against Jackson. From the first round the Caletense was overcome. Every blow his rival beat him, and he hurt him.

Legend has it that, once the eighth round was finished, the réferi wanted to declare the technical knock out and, from Castro's corner, they asked for “one more assault”. The Santacruceño had cuts on both eyebrows and the blood went straight to his eyes, so his visibility was almost nil. In addition, he had internal wounds in his mouth, it seemed that only the coup de grace was missing.

When the bell rang, Castro knew that round was all or nothing. Averaging the assault, recalls the boxer: “I pulled the right to knock him out and I missed him and that's why I went back with my left cross and shoved it right at the tip of the pear.” That's where Jackson fell for the first time. He had more than a minute left before the bell rang again, and there he felt the opportunity: with a new blow — although he says it was more of a push — he took Jackson back to the tarp and then came his rival's third fall to end the fight, which, to the present day, is remembered for the epic with which he won the

He was always the same.

For better or worse, Jorge Fernando Castro was always the same. Being world champion or at the sunset of his career. 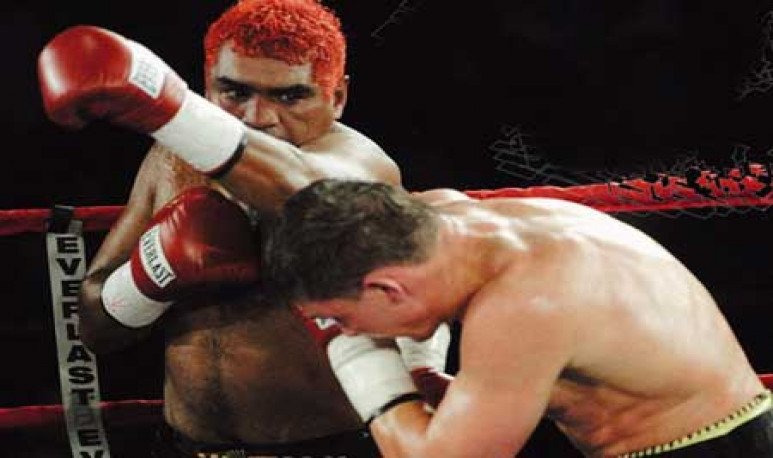 The race  — and life  — of the “Roña” after losing the AMB belt continued with ups and downs.Catastrophic defeats, remembered victories, duels before one of his idols — Honduran Roberto “Mano de Piedra” Durán — and a private life between separations, the birth of his 15 children — “all with the same, but with different wives,” he always says .  between laughters— and road accidents.

In 2000 the Konex Foundation awarded him the merit award, considering him one of the 5 most outstanding Argentine boxers of the decade.

In 2005 he had a serious car accident  that affected his lung capacity and also suffered the breakage of ribs. 2 years later he had his last professional fight (weighing 94 kilos, 39 more than when he started his training career) against José Luis HernÁ ndez, who beat in the second round by technical knock out. That same year he entered the house of Big Brother Celebrities and was the eighth participant to leave the reality show.

After hanging the gloves, he chose not to be a coach or manager. The manager was understandable after his 28 year decision to fight without anyone representing him and not wanting to “earn money from other people's ribs”. As for not being a coach, he confessed in various interviews that he has no money or patience.

In recent years, with a low profile beyond an attempt to be a candidate for national deputy for some of the aspects of Peronism, he devoted himself to helping out in canteens and dinners because he knows what it is to be poor and to go hungry. He manages because he is Jorge Castro, he is known, but he knows that, if he were Juan Pérez, it would cost him to make ends meet and that's why his social sensitivity leads him to help those who have the least.