It's time for Las Leonas to show their claws

From this moment on, a stumble is already down 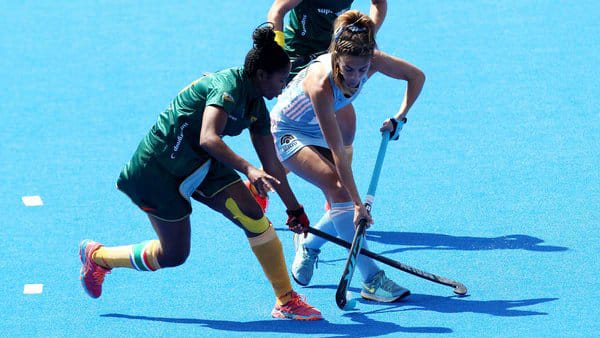 By: Redacción
Las Leonas tied with South Africa today and qualified for the round of 16 at the London Hockey World Cup after finishing second in their group. Germany, who beat the National Team in the second round, finished first, with an ideal score. The Argentinian girls couldn't beat South Africa and drew. Now they are hoping for a place in the Round of 16 in Group D, which includes Australia, New Zealand, Japan and Belgium. The Argentinian players had possession of the ball for most of the match, but were not able to make it happen when it came to defining. Before the goal scored by the young player María José Granatto, Argentina had reached the rival area twenty-eight times, generating 14 short corners, without managing to score. Granatto's goal came from the player's vivacity, stealing the ball from the African continent. Without defining, the Argentinean team could not win a match that was favored in the roles. Their players, with little experience of the World Cup, were one of the factors that prevented them from winning. These matches are what make a team strong, and now the team hopes to come back to continue racing in the World Cup. From this moment on, a trip is already a fall.

How cute are the shots and explosions with a good script

"They're the Spanish theater capital of the world."

We love the bang