The Micaela Law is now part of all clubs in the province of Córdoba. We tell you what it is and what impact it has on the world of sports. 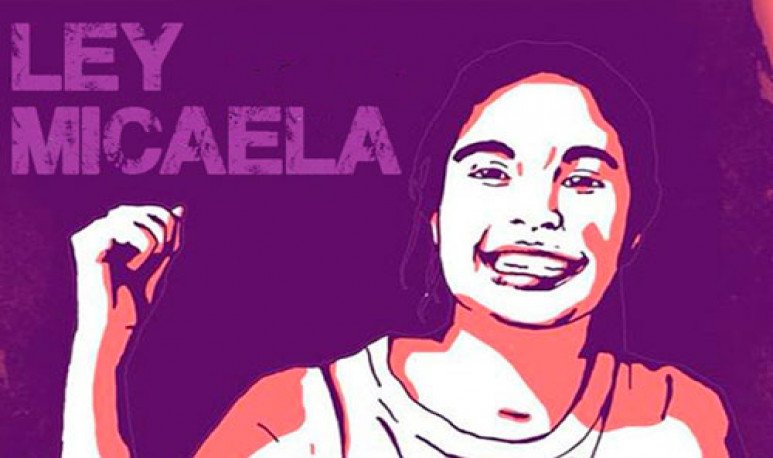 The provincial legislature  unanimously approved the bill requiring the application of the Micaela Act in all clubs in the province.  It was a  goal  against gender-based violence, as it was a law guaranteeing the training of all staff on gender issues. This is an important step forward for society at large, as sports clubs become  spaces for learning and training for boys and girls.  In addition, they are key places for socialization  and leisure . For us, Argentines, clubs are indispensable spaces through which we make friends and in which  we build our identity.  Because we're passionate, footballers, and we leave everything on the court.

That is why this fact is remarkable.  The implementation of a law involving the training of civil servants, employees and club representatives on gender issues is key.  For the construction of a new society, we must deconstruct prevailing discourses and build new ways of thinking. Under this law,  sports agencies  must train  authorities and staff in institutions on gender and gender-based violence.  The Ministry of Women will be the law enforcement authority, and will also monitor such implementation. Although this whole law enforcement protocol will  involve the relevant municipalities and communes,   in order to make gender training a reality throughout the province.

The aim of the training courses is  to make clubs aware of the issue of rights, gender and violence against women. The  Micaela Law and National Law No. 26.485 seek to provide “comprehensive protection to prevent, punish and eradicate violence against women in the areas where they develop their interpersonal relationships”.  But if we talk about gender, we're not only talking about violence against women, but also against dissidences and the LGBTTTIQ+ collective . Thus,  the trainings will be  focused on clarifying key concepts for the understanding of current circumstances around gender issues. In addition, this  course provides a  general overview of  the acquisition and violation of women's rights throughout Argentine history. This training began to be  compulsory for all persons in the civil service in the Executive, Legislative and Judicial branches. Córdoba adhered to this application of Law 27.499 in May 2019. Today, with unanimous approval in the Legislature, the Province became a  pioneer in applying the mandatory nature of this law   in all sports institutions  .

The importance of the implementation of this law in sports also lies in the  possible growth of women's divisions in different disciplines.  For example,  the case of women's football,  which in most clubs is  subordinate to the Men's First Division.  Thus, they are denied privileges and training is increasingly difficult just because of being women.These free training bodies also result in the presence of gender-trained authorities.Given that DTs are great examples to follow  for players  in general, since the Athletes find in their coordinators and instructors desired aspirations, this is a radical change.Coaches, physical trainers and more, will have  the possibility to train their teams with an equitable perspective. And gender awareness.

The speeches circulating on the courts and on the swollen are mostly  misogynistic, racist, classist and homophobic.  The classic amounts of support for the colors of the shirts hide  insults to violated communities.   A faithful reflection  of a society that needs to be remodeled, rebuilt. Gender training comes  to question what ideals are built on and off the court . The Micaela Law came to remain to question what is established, to  ask us for reflection and generate a profound change in our society.

The story behind the law

This law is named after Micaela García, a young entrerriana , a physical education student, feminist, activist of the Evita movement, who fought for her rights. The young woman with the unmistakable smile that  became a flag . The student everyone would remember, and that would be immolated through a law that bears his name.

Micaela  was killed by Sebastian Wagner,  an  ex-con for rape crimes.  He had been sentenced to 9 years in prison, but was on probation at the time he  raped and killed Micaela in the town of Gualeguaychú. Today, as a result of this femicide, this gender policy is being carried out which aims to make the Ni One Less a reality.