Home People Sports A former box-champion, among the detainees in Tigre

A former box-champion, among the detainees in Tigre

It was in the preview of Tigre - Estudiantes de Buenos Aires 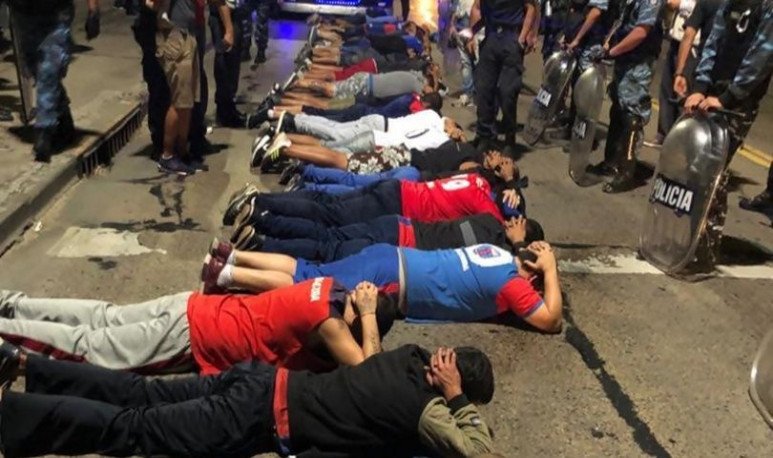 More than one hundred tiger barrabravas, among them former boxer world champion Hugo “Pigu” Garay, were arrested in the vicinity of Arsenal de Sarandi stadium in the preview of the match that Victoria's team lost last night to Caseros Estudiantes by 3 to 0, by Copa Argentina, Aprevide reported.


“ In the preview of the match that was played on Thursday night in the Arsenal court, between Tigre and Estudiantes de Caseros, for the Argentine Cup, 110 people were arrested, most of them for provoking disturbances and generating clashes with the police of the province of Buenos Aires”, Aprevide reported in a statement.


“ Among the detainees were several members of the front line of the Tigre bar, including former world boxing champion Hugo “Pigu” Garay, who in 2013 was involved in a murder case within the framework of an intern in the Tigre bar, as well as Diego Gareis and Marcelo Pauliti, who were also arrested at the door of the stadium,” he added.


According to the part, all three had a ban on attendance to enter the courts, signed by Juan Manuel Lugones, head of the Agency for the Prevention of Violence in Sport.


Of the 110 detainees, 95 were for “resistance to authority” — two of them minors — because of the above-mentioned incidents in Tigre's public access to the gallery.


Among these supporters was detected the presence of bars of Deportivo Morón, which accompanied the Tigre football team. Twelve other detainees were for attempting to violate the right of admission, including one member of the River Bar; and the remaining three for “possession of drugs”.

Let's take care of the kids

The World Cup in Argentina