Home People Sports A dentist in the world

If I say Heimir Hallgrímsson, it's likely that many will not sound like anything. 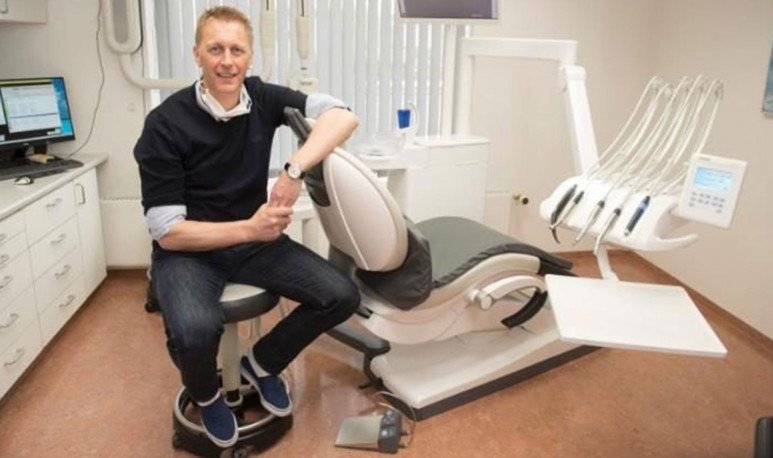 If I say Heimir Hallgrímsson, it's likely that many will not sound like anything. If I say  Iceland , maybe someone has already made some relationship. If I say “Iceland national team”, they start following me a little more and if I say “the coach of the team with which we are going to debut in  Russia ” almost all fell. Well, Heimir is a dentist. I mean, it's still so today, when he leads a qualified team to a World Cup. Perhaps the explanation is that the total population of Iceland is 300 thousand inhabitants and they need dentists. Maybe he loves his profession. We'll never know.

Writing about Hemimir made me remember more cases of footballers who devoted themselves to other occupations to earn a living. Dr. Juan Manuel Herbella kicked like a mule and was a recognized doctor, Jody Cracddock played in Wolverhampton and was a graphic artist, the Italian Tomas Brolin took off his shirt and was a real estate agent. Diego Villar played for many years at Racing Club and, in parallel, was a merchant and put on a candy stand on the coast. David Hillier, from Arsenal, was a firefighter in England on weekends and went to the station on days when he was not summoned to play, as if not to waste time. Another good Argentine example is that of Aldo Duscher, who played for the National Team and was responsible for injuring Englishman David Beckham, leaving him off the court. After that, Aldo had power for a while and bought a power station in his hometown in the province of Chubut. And not to mention Philip Mulryne, who, after his passing through Manchester United and the selection of his country, turned to being a priest.

But let's go back. The  Icelandic national team  will debut in the history of the world championships and we still do not know what their participation will be. Anyway, your name will be engraved for several reasons. The first is that Iceland is the smallest country to play in a FIFA  World Cup  . The second is that there is expectation about his first match in the tournament because he faces our favorite: Argentina, of course, and therefore, Lionel Messi Should we fear them how we fear going to the dentist?

don't want to lie to them: when I started investigating this character to put together this article, what interested me most (and I figured it was what might interest you too, my dear reader), was this question of commanding the destinies of a World Cup team in the morning and making a bolt and crown in the afternoon. But during the reading, as it usually happens, that is the best thing about reading, I found out something much more important. Good Heimir jothers with Iceland's “official swollen” (this if I don't really understand it, what makes them “officers”? How is it done to get in? If anyone wants to investigate a little more, they are called “Tólfan”) in a bar, before each home match, to explain how the team will play, who are the summoned and what the strategy is.

That is, do without sports journalists. Talk directly to people. There is a golden rule, which until now has not broken (nor do I think it will break, to be honest): no recordings or photos or social networks. There he goes to attend a private press conference on the only condition, precisely, that there is no press. I think it's a revolutionary idea. I would like to be Icelandic for the mere fact of attending one. One more fact: Iceland's national team has 16 undefeated matches in Reykjavik: 14 wins and 2 draws. More than 4 years. I don't think there's a lot of teams that hold a record like that. Something about the Viking soul must survive in these players. I wish we can beat them. Hopefully.