Home People Sports A Cordovan in the NBA

If you like basketball, you already know who we are talking about - the new spider-man from parquet, who impressed everyone with his skill and dexterity. 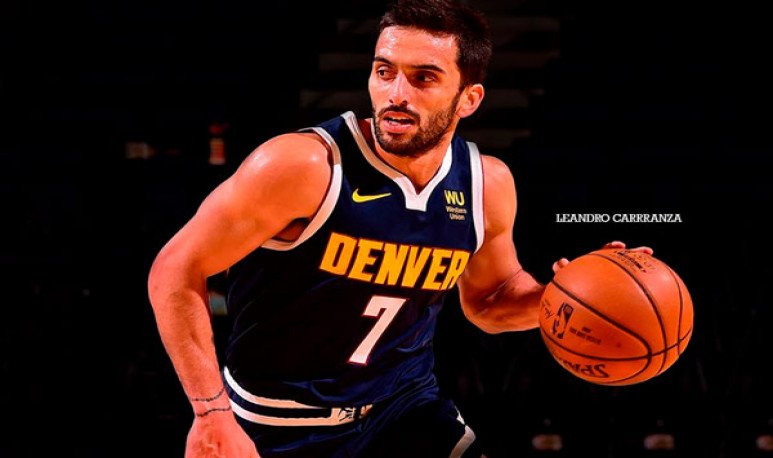 Facundo Campazzo, the favorite of Cordovan basketball came to the great league to fulfill his dream.  The nerves of the debut have passed, and the great player shone with his strategies.  His presentation at the NBA was on Sunday, December 13,  and marked an  impetus for Argentine basketball  . Since having a figure like him playing in one of the biggest leagues of this discipline, is a real honor. The base played their first points with  the Denver Nuggets jersey  in  the pre-season friendly match  against Golden State Warriors. Facu lost, along with his team,  by 107 to 105  for the Colorado team,  but won a nickname.

The numbers of the superhero

Campazzo jumped to the court from  the substitute bench with number 7.  In total, he played 24 minutes.  In that period  he added  eight goals (2-3 in doubles, 1-3 in triples, 1-2 in free), three assists, a rebound and one recovery.  Beyond the numbers, former Real Madrid demonstrated his talent and unfolded all his magic in that match. That's why his performance earned him a new nickname -  “Spiderman”.

“ Facu's new nickname is Spiderman. This guy is EVERYWHERE,”  he wrote on his Twitter account Jamal Murray, the title base of the Nuggets . And never better made that comparison  between this Cordovan and Marvel's superhero.  Since  Magician , he reached all plays  with    their speed  and ability in every move.

But Murray wasn't the only one who  was amazed  by the  big night of the  Argentine national team .  Coach  Michel Malone  also praised and recognized the excellent performance of the  South American base:   “He will leave everything on the track. Playing hard is a skill and that's something Facu does very well.”

While Serbian  Nikola Jokic  (top scorer of the game with 26 points) added:  “It's a shame that there are no fans on the stand because he was going to become his favorite player. I already knew him and I know he's a winner.  It's on his resume, he knows what it takes to win.”

The Argentinian basketball favorite Cordovan  showed off against a Golden State who was champion in the 2015, 2017 and 2018 seasons, and who had Stephen Curry's return after his injury. The San Francisco team managed to win the victory, but that  did not stop Campazzo from leaving everything on the court.

The dream of the kid

At the Chase Center stadium,  the 29-year-old Cordovan base  designed his long-awaited debut at  the top international basketball circus,  having arrived from Real Madrid. In the words of this great player, playing in the NBA was quite an achievement. The kid arrived, came to fulfill his dream and from now on it is consolidated as  a figure that gives hope to all lovers of parquet.   “ It was amazing.   I was waiting my entire career  for this moment ,”  said Campazzo, who  looks forward to his next challenges.

The inaugural day of the new NBA campaign for the Campazzo Nuggets will be  December 23 .  On that date  he will host  Sacramento Kings at the Ball Arena as a  local and with his team. In 72 hours, the crossing will be  against Los Angeles Clippers,  and on 28, also in Denver, the presentation will be  before the Houston Rockets  . Only 24 hours later, the last finalist of the West Conference will travel to play  against Sacramento  and on January 1 will return to play at home  against Phoenix Suns.

With these news, and eager to see the performance of this figure, we look forward to the aforementioned dates.  All Argentinian and Latin American basketball is, from now on, to the expectation.  Since Ser Argentino, we are already sending them a lot of strength and luck, although we know that  the kid  to throw magic  doesn't need anything but grab the ball.

The genius of the bicycle