We tell you the story of Luciano, the 11-year-old captain who brought the Chilean cup to Córdoba, and got it thanks to his entire team. 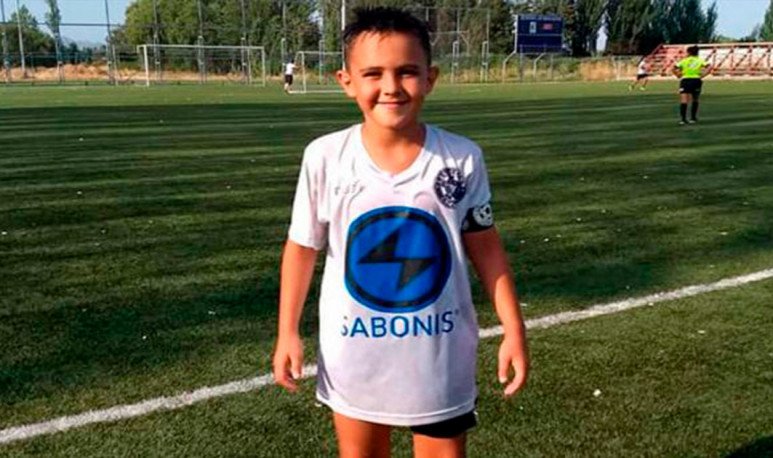 The boy is 11 years old and is the captain of the  Cordoba national team . His mom passed away when he was 2 years old. The match ended 7-0 for his team, thanks to his shake.Listen to his story!

The little one was among his companions, among him lantos, tears, anxiety and joy. With all the courage  he decided to take the floor and give  encouragement to his friends  before the final. This is  an 11-year-old Cordobesito  who went viral and whose video has a very strong story behind it.

The boy is named  Luciano Nievas,  he is the captain of the Cordoba football team. He and his teammates were preparing to play  the final of a tournament  that was played in Chile.

“I don't want to lose them, they're my brothers. They lived with me for 10 days. I watch their faces, it's our last match together. Listen to me, today is the final. Guys, are we going to win? Are we going to leave everything?  Let's stop crying because we all feel this. Nobody wants to lose,” he listens to say.

In the match preview, and almost as if he was an adult, he began to harass his companions. Some got excited and started crying. Apparently, the message came to everyone as the final result  was victory for Córdoba by 7-0 .

But this video and the way the little one expresses himself has a particular story behind him. Luciano's dad told the media, the boy lost his mother when he was 2 years old.

“His leadership is because he had to mature faster than others because of the circumstances he went through,” said Sergio. Luciano's mom died of a brain aneurysm. Before traveling, the boy asked to go to the cemetery to visit it.

The video went viral   and in different football or sports accounts you could see the images of little Luciano. So small, the captain has already become a whole figure for us the Cordobeses.