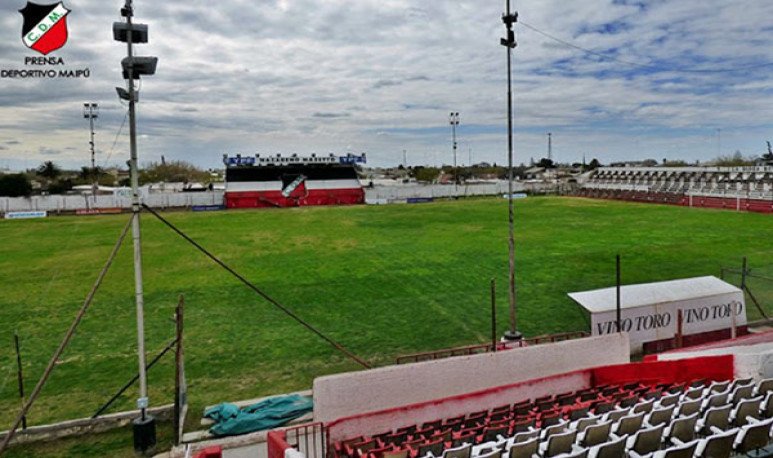 El Cruzado, El Botellero, Super Depor or, simply, Maipú, is the most important football club in the department that bears the same name and one of the most outstanding in the province of Mendoza . Its history marks it, not only because of its years of existence, but because during that time it has accomplished some feats and has catapulted many of its  footballers to success. Here we go over a little bit of his life.

On December 16, 1927 , an amateur institution called Club Deportivo Maipú was born, which emerged from the merger of Sportivo Maipú and Pedal Club Maipú, its predecessors. This date coincides with an Assembly that was held for this purpose, with the assistance of leaders, members and relatives of the two generating clubs; and with the aim of forming a  “strong sports entity in the head village of the department of Maipú”,  and which would have legal personality, a prerequisite required by the  Liga Mendocina de Fútbol of  affiliated clubs or to whom they intended to join.

The Sportivo Maipú was founded on August 13, 1912,  in the home of an enthusiastic German mechanic, Don Roberto Meyer, who was located in Calle San Martín de la Villa de Maipú (possibly near the F.F.C.C. B.A.P. Station) and at the initiative of a group of young people who practiced football at the dawn of the twentieth century.

His first president was Mr. Carlos Schmidt and Secretary Mr. Euclides Villalobos.We mention as founders (many of them at once players) the brothers Furlotti (Arturo, Roberto and Medardo), Guillermo (h) and Gustavo Schmidt, Hugo and Enzo Prandina, Humberto Giol, Guarino Divorato, Fernando Otta, Brnos. Meli, Brnos. Pravatta, and many more.While  it was created for the exercise of football, very soon other sports activities such as Box and  Fencing were incorporated. His first team confronted the most representative squads of the great Mendoza of his time and with more than satisfactory achievements.  By 1922, various and adverse circumstances, mentioning among others the lack of field and monetary resources, causes football activity to resent  and produce a widespread demoralization among leaders, partners and players, losing the right to act in the upper circle of the football ligamendocin.

Pedal Football Club  was a leading cycling institution in the department of Maipú, which was founded in the middle of the second decade of this century  , by animous visionaries who foresaw the rise of this sacrificed  sport  and to which they focused their greatest efforts. We mention its president (for several periods) are Sebastián Monforte, who had the valuable contribution of men such as Raúl E. Balmaceda, Esteban Petrich, Dante Biscontín, Elian “Santiago” Rauek and others.

His  first titles would arrive in the 1950s under the technical direction of Raimundo Orsi. The second title was obtained in 1958. The next championship would arrive only in 1985 under the technical guidance of José Ramos Delgado. This team would also obtain the 1986 Qualifier to participate in the first National B,  category where it would remain until 1992. In 1997 by Sergio Scivoletto the crusader would win the Qualifying Championship, where the nickname “Super Depo” arose. In 2003 Carlos Cesar Sperdutti would take over the first team and lead him to win the annual title of the Mendocina Football League.

Carlos Sperdutti : who was a player of the club and then as Technical Director won the 2003 Mendocina Football League Championship, Ascenso al Argentino B 2005 and Ascenso al Argentino A 2008. Under his technical direction the Club managed to maintain an undefeated playing as a home of 58 matches (National Record).

Enzo Pérez: where he debuted in the first at the 15 years, then he would be champion of the Libertadores with Estudiantes de la Plata and with River Plate and would play the 2014 and 2018 World Cup.

Pedro Manfredini: forward who then made a great race in Racing and other clubs.

Separated by a handful of blocks, also in Maipú, the Gutiérrez Sport Club is located. From the closeness between the two, the match that crosses them every year has become a classic. While, currently they don't match in AFA affiliated categories, the Mendocina League duels are true super classics. In the record, they have played 160 matches with each other, of which they tied 51, Maipú won 69 and Gutierrez won 40.