Between the biggest and the under-18, there are 9 Mendoza in the Argentine national basketball team. Our province has been treading hard for years. 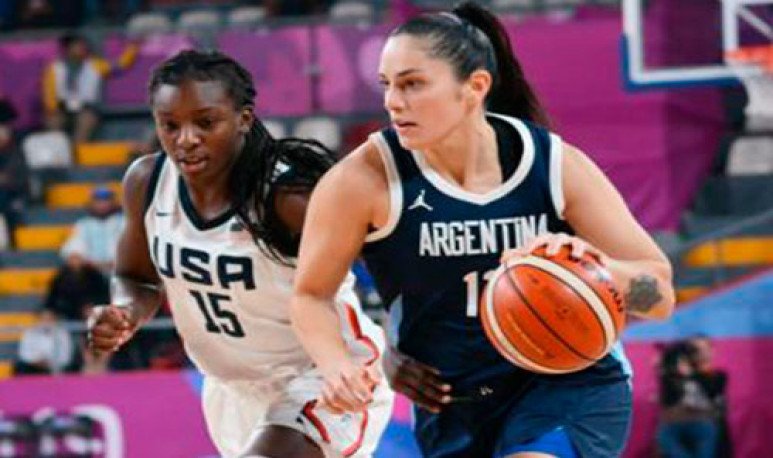 With some names that have been repeated in the calls for the World Cup and  the Youth Olympic Games ,  Mendoza has been stepping heavily on what women's basketball refers to.And, despite the change of coach, the trend is not interrupted and, with the last list presented, there are 9 mendocins in the selection .

After a while, when  the uncertainty of the   Argentine Basketball Confederation   and the quarantine covered the orange ball sport with doubts , came the appointment of theof the new coach and, with him, a new list for what's coming.

The managers selected  Gregorio Martínez  as the brand new coach of the  Argentine Major and U18 national team  . Meanwhile, in recent days, the first two lists of the Argentina Preselection were announced by the new technical director. The excellent news for basketball in our province is that, among the players called, there are 9 players born in the land of sun and good wine.

Five Mendoza players appear in the Major Preselection list. As in the 2018 World Cup, Andrea Boquete, Natacha Perez and Agustina Leiva will be together.Another Mendoza called is  Victoria Gauna , who participated in the last U17 World Cup in Belarus and the 3×3 modality at the Youth Olympic Games in Buenos Aires. Both competitions were held in 2018. He also played, in 2019, the U19 World Cup in Thailand.

On the other hand, there is the player of Andes Talleres, Abril Ramirez , who was part of the ODESUR Games in Bolivia in 2018, together with Victoria Gauna.

Four mendocins appear on Gregorio Martinez's list. Three already have some experience with the albiceleste t-shirt. Federica Del Bosco (daughter of former footballer Claudio Del Bosco) and Genesis Toledano (daughter of DT Darío Toledado and ex-basketball player Laura Aset)  were together when they were summoned to a concentration of the Argentine national team at CENARD in August 2019, looking for the team for play the South American in Colombia. Del Bosco is a member of the Argentine national team from the U15 category, when he made his debut in a South American competition.

Another of the Mendoza's summoned was Dana Bordín , player of General San Martín, who was in February 2020 at CENARD focusing on the 2022 Youth Olympic Games, which would take place in Dakar, capital of Senegal.

Luisina Gentile was called for the first time for an Argentine shortlist, taking a huge step in her career. This call came after finishing second in the Clausura 2019 with Petroleros YPF and wearing the shirt of the Mendoza National Team at the Agentino U17 in Neuquén, in September 2019.

In addition, both Bordín and Gentile played the last Argentino de Mayores in San Luis, in December 2019. This completes the list of 9 mendocins in the selection.

Martinez arrived after what was the departure, not entirely clear, of the former coach. It is worth remembering that, a few days before the election and assumption of the ex-works, Leonardo Costa terminated his contract with the CABB.According to the institution itself, the end of the relationship was by mutual agreement .  The outgoing DT had taken over Las Gigantes in 2019. With the major cast he played twelve matches, of which he won three and lost the remaining nine.

The departure from Costa came after the Albicelestes players themselves claimed from the CABB a long-term project with the same conditions at work as the  men 's process.