30 years from a crazy match 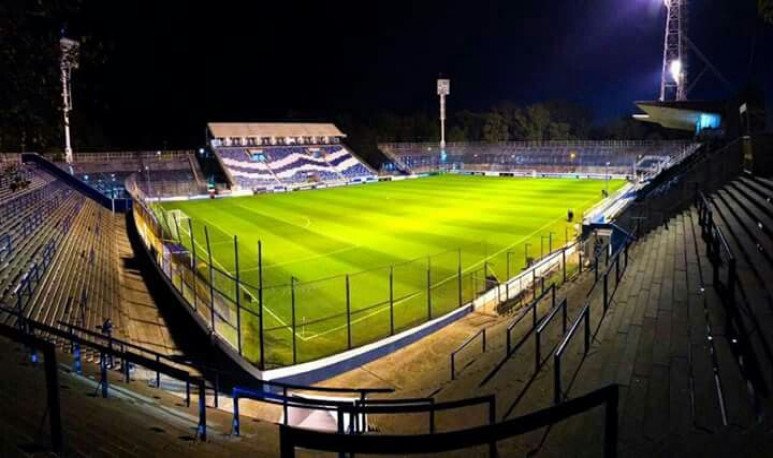 In fact, on Monday 22 March 1999, for the  Clausura Tournament  organized by the  AFA  , the tennis score of 7-5 was consumed.
Wounded in honor by the 5-0 that came from receiving at the hands of  Union , led by  Carlos Timoteo Griguol the platense team was determined to give its audience a performance capable of mitigating the impact of the stumbling they had suffered in  Santa Fe .

And everything seemed on the way to a night safe from storms, by the way, since at 20 minutes he won 4-0 with two conversions from  Facundo Sava, Mariano Messera, Sebastián Romero  and  Gustavo Reggi  .
However, the jujeños scored two goals in equal amount of minutes, through  Mario Lobo  and  Jairo Morales Santos  and one near the end,  Alejandro González  , who with the second already on Messera's account closed the first half with 5-3 in favor of the locals.
Shortly after starting the second half the debutante  Carmelo Ruscitto  returned to score for the norteños, immediately Sava put the 6-4 and behind the jujeño Lobo the 6-5.
This came to a dramatic end, with the jujeños openly thrown into the attack and Griguol on his limescale line without concealing a growing nuisance.
Within 40 minutes of the second half  Darío Cavallo  rejected the ball in the Gimnasia area, his teammate Messera took advantage of a bad calculation of a defender and after avoiding the goalkeeper  Hernán Castellano  sealed the 7-5 to open fence.

A year later Gimnasia would be the protagonist of another result out of catalog, also in El  Bosque , but this case against  Colón de Santa Fe and with a final draw of 6-6.

La Plata  was also the scene of the first 7-5 recorded by Argentine  football: on May 27, 1945, on the Estudiantes  field today in full remodeling, the local team won Vélez Sársfield  .
Until the 30 minutes of the second half Estudiantes won by 5-2 but with the five goals converted in the last quarter of an hour he finished 7-5.

ENEBA confirmed its calendar of Clinics de Valid for 2019