We leave you ten curiosities from the Ten. Some little-known things about the greatest of all time? 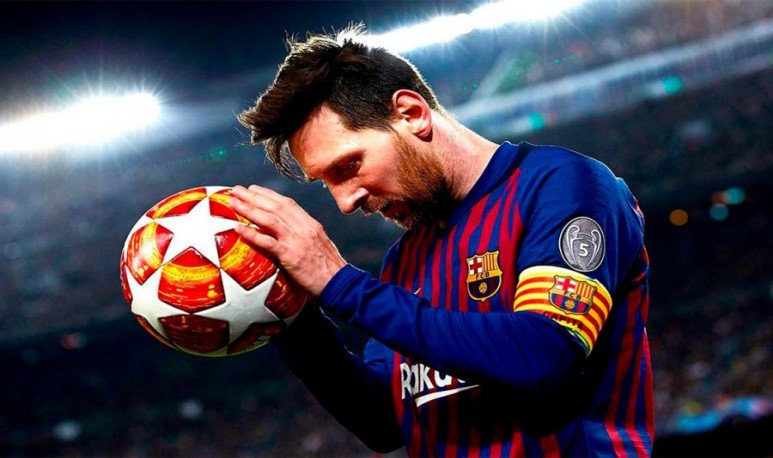 Things about Lionel Messi and his life we all know. You don't have to be a scholar to know that she  was born in Rosario , her growth problems, that she won everything with Barcelona and that Antonella is her childhood friend. So, to pay tribute to the Ten on his birthday, date he shares with  another big ten , we leave you 10 little-known facts.

On the playstation, his favorite hobby, is also  a crack . Their teammates say it's not easy to beat football there either.

The origin of her celebration looking at the sky is a dedication to her grandmother Celia who died in 1998. She could not see him  fulfill her dreams  as a footballer. Every time the ten scores, he raises his two hands to dedicate his goals to him. She was the one who prompted him to fight to become a professional footballer.

3. The best chef is rosarina

Milanese  a la Neapolitan is Leo's favorite food. And he says no one in the world prepares them like his mom. Every time he returns to Rosario, it's practically his only menu.

4. Contract on what comes

Barcelona leaders met in an  Argentinian bar  with the Messi family. Everything was given so quickly that they did not have the necessary documentation to sign an agreement. In the absence of paper, they signed the contract to take him to Spain on a napkin.

5. Emulating the other ten forever

In September 2007 Messi still wore number 19 on his back. He was already aiming for what he could become and, against Espanyol, scored a goal much like that scored by  Maradona  against England. Yes. God's hand.

In Guardiola's time, the Catalan technician had to have them remove the soda vending machine from the  Ciutat Esportiva  del Barcelona. El Diez is a big fan of sugary soft drinks and consumed them regularly. Something that, a food care obsessed like Pep, didn't like anything.

Messi can reach by controlling the ball is 9.38 meters per second according to one study. This record places you among  the best  brokers in the world.

8. A brain to be studied

Different universities projected the idea of doing research on Lionel's  brain  . They are particularly interested in their unparalleled ability to make decisions in a very short period of time.

Ten likes few things more than  sleep . In both the Argentine national team and Barcelona, there are many anecdotes of companions who are surprised by the number of hours the genius sleeps.

Lionel's childhood football idol is  Pablo Aimar . They met several times in Spain. In one of Leo's early matches, he asked Aimar for his shirt.