Home People Spectacle “Back to Boedo' is a documentary about passion”

He tells from a personal perspective the struggle of a group of supporters of the San Lorenzo club to recover their historical place. 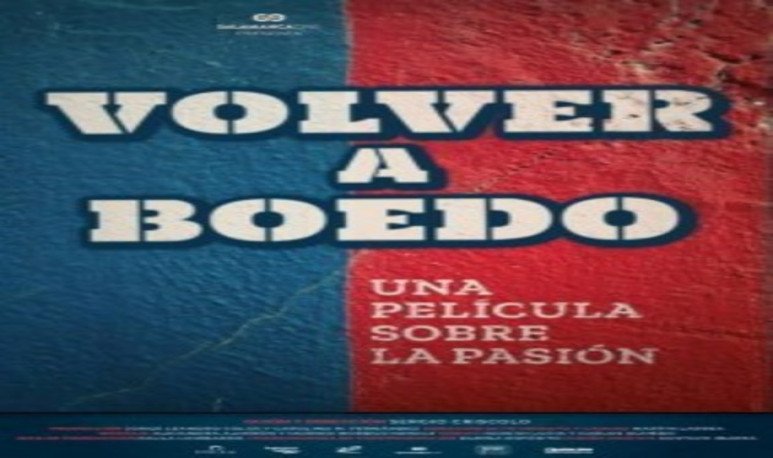 Back to Boedo”, a documentary by Sergio Criscolo who arrived in Argentine cinemas this week, tells from a personal perspective the struggle of a group of supporters of the San Lorenzo club to recover their historic place, the property of La Plata Avenue in 1700, in the Boedo neighborhood, which was expropriated during the last military dictatorship. “The film tells a social fact, a popular demonstration to achieve a common goal, the context is Boedo. It is not a film about football, it is a documentary about passion,” said journalist and filmmaker Sergio Criscolo, a fan of the institution. “Boedo is not understood without San Lorenzo and San Lorenzo is not understood without Boedo,” said the director, synthesizing the spirit of a film that explores the affective bond between the club and the neighborhood and appeals to the word of characters who declare their love for the blue and red shirt and Boedo. The film features the filmmaker's own parents, retired 87 and 86 years old, a blind fan, Walter Lo Votrico, tango singers Osvaldo Peredo and Cucuza Castiello, poet Fabian Casas and Adolfo Res, promoter of the recovery of Boedo's estate and creator of the Restitution Lawapproved unanimously in the Buenos Aires legislature. “Back to Boedo” tells the story of the club, of San Lorenzo's recovery of the land on which his stadium once stood, the Gasometer, which in 1979 was taken away by real estate businesses, which sparked popular mobilizations and at the same time generated a great cultural and social boost in the neighborhood. San Lorenzo spent more than a decade playing local on different courts, until in December 1993 he again had his own stadium in Bajo Flores. However, the Cyclone fans fought to return to their neighborhood. Thousands of people bought square meters — and then gave them to the club without any remuneration — and thus raised $7,000,0000. Everything was born from the romantic dream of four people who 20 years ago proposed that the Gasometer return to where it was located between 1916 and 1979. Thus, they managed to get the Buenos Aires Legislature to unanimously approve the expropriation of the land from Carrefour, the French supermarket. “I was interested in telling the social movement towards a common goal, and how people of different ideologies and social strata achieved to face a giant like Carrefour, which is not less, they are powerful companies,” said the director of the documentary that can be seen in different local cinemas and in the cities of Mendoza and Rosario. “To understand why people wanted to return to Boedo, I had to explain what Boedo is, today a theatre off pole, identified from the beginning with bohemia, literature and tango,” he continued. Many things happened through the Gasometer, it was a social and cultural center. In order to understand that it was not the madness of four fans, I tried to convey the sense of belonging to the neighborhood.” Source: Telam