Quarantine brings us the best theater to our homes. On April 2, “Campo minado” arrives, a work performed by veterans of Malvinas. 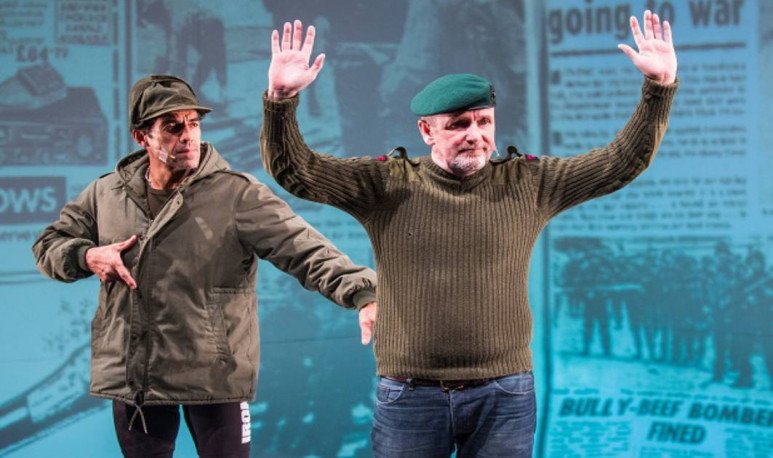 If we want to look for the positive side of the  mandatory isolation    with which all Argentines are dealing with, the possibility of  accessing great plays from  the living room of our houses is undoubtedly one of them.  Minefieldtoured the world and now reaches all of us online. Its particularity? It is played by  veterans of the Falkland War . Argentines and English.

This  Thursday, April 2 , Veteran and Fallen Day in the Malvinas War, at 20 hours, the work  Minefield will be issued   in Cultura en Casa  , the site on which the City Government share content that has been made in one of its spaces.

In charge of director  Lola Arias , the work is a project that brought together  Argentine and English veterans of the war of    Falklands to explore what remained in his memory more than thirty years later, and the question he tries to answer is what is the image ex-combatants retain after so long.

The protagonists of the work that toured more than twenty cities around the world are Lou Armour, Rubén Otero, David Jackson, Gabriel Sagastume, Sukrim Rai and Marcelo Vallejo. The idea is that they, who were once enemies, today tell their story through what marked them from that experience.  What are the tracks that a war leaves?

An excellent plan to take advantage of in these quarantine times.