Lizy Tagliani and Leo Alturria chose Ushuaia as the place to secure their partner with a somewhat peculiar commitment. 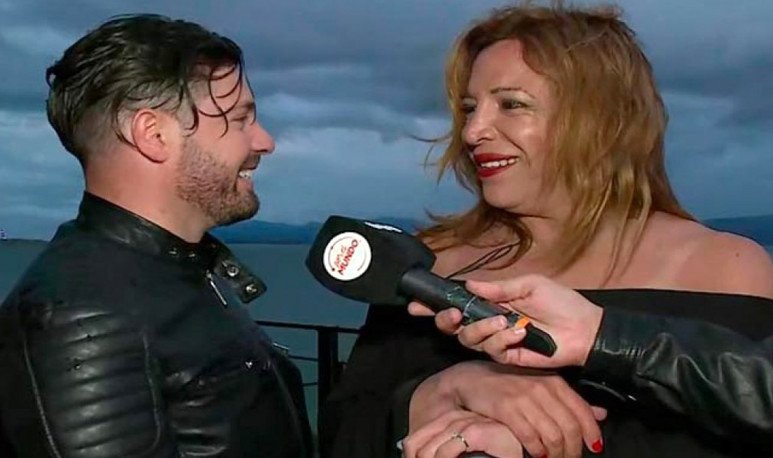 Lizy Tagliani is a very recognized figure in our country's show show , but for  those who don't consume  television ,  Lizy is a hairdresser, actress, comedian and transgender host . He is currently studying Law at the National University of La Matanza and is in a couple with Leo Alturria. The young man (it takes 17 years apart)  chose the city of Ushuaia to make the formal compromise proposal.  The peculiarity of the anecdote is that he made it on  the air and with Marley as a witness!

The story of Lizy and Leo

Lizy Tagliani was born in Resistencia, Chaco, under the  name  he was given, Edgardo Luis Rojas. He grew up in Adrogué and, after a hard and sacrificed life,  managed to transition gender and become a prominent figure on our television.

He has a Martín Fierro de Aire Award for Best Humorous Work, starred in “I married with a boludo” and conducted his own show  “El precio justo”. In this, he met his current partner, Leo Alturria.

The 33-year-old is from  Embalse de Calamuchita and came to the program as one more participant  , and as he recounted in the past, he fell in love at first sight with Lizy and romance catapulted him to fame.  By profession building goalkeeper, Leo plays rugby and is a firm man in his convictions. That firmness led him to propose, with ring and in the air, the commitment to Lizy.

Lizy is currently  co-host of the program “For the World”, historically led by Alejandro Wiebe (aka Marley).  One of the destinations of the couple of drivers was the tourist city of Ushuaia, capital of  Tierra del Fuego  and listed as  the end of the world.

Leo, who was watching behind the camera, asked permission to interrupt . “My love, listen to me. I'm very happy to be with you. We are at the end of the world and I want to tell you that from here on a new stage begins.  I want to give you this ring to strengthen our commitment.  I love you very much and we started our adventure,” she told Lizy, who watched him surprised.

Her response was immediate, put on the ring and  kissed her partner as a sign of acceptance .

True to her style, Marley joked: “The ring is beautiful. I care for it.” After the laughter, Lizy added, “I love you, I love you. I didn't expect this.” The  brand new driver was chosen as godfather, and sentenced them with a “they are officially engaged.”

Thus, the southernmost city in the world was the place chosen for, before the eyes of millions who watched TV, this famous couple perform their act of commitment . The program had a high rating (exceeded, for example, Masterchef's final) and  Lizy's followers are attentive to see when they will perform the wedding engagement . Of course, in  Ushuaia they long to be chosen for the wedding ceremony to take place.