The Sur Awards and the Mar del Plata Festival are affected by the quarantine, very complicated times commercial and artistically. 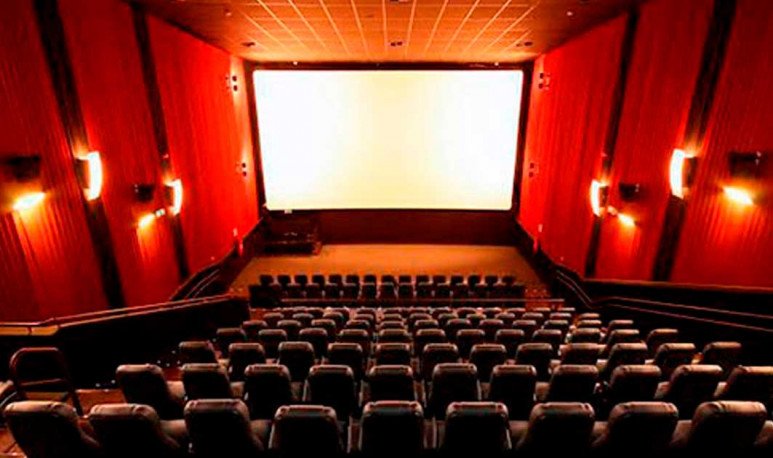 Argentinian cinema is closing the  2020 season , definitely a lost year. Since March 20, filming has been suspended and the screening rooms are closed waiting for the long-awaited reopening. Eight months after the  pandemic phenomenon , the novelties arrive in dropper with certain authorizations, but quite far from housing concrete illusions, reality offers a very worrying and discouraging.

The big film producers have annulled their 2020 agenda and so far, they do not rule out repeating that decision for much of the first half of 2021, not to mediate drastic positive developments. In need of a professional context where those involved are protected by a  vaccine , the film industry peeks distressed by the absolute cessation of activities. The announcements made last Friday by the various rulers following the renewal of the  quarantine did not bring encouraging news and those involved accused the impact of feeling absolutely abandoned to their fate.

The recent announcements ignoring theatres, cinemas and musical events, became a brutal load of depth. Those interested were waiting for oxygenating reopening announcements, but this did not happen and this decision struck the sector again. Supporting the  recommendations  of epidemiologists and specialists, President Alberto Fernández confirmed that there will be no authorization for the operation of cinemas, theaters and indoor concert venues. This announcement collapsed the hopes of artistic entrepreneurs.

Altered premieres and the search to avoid further losses

The  film complexes  remain closed since mid-March and so far known, they are not expected to open before March 2021 pending a health improvement. Multinational firms that have in their portfolios the delayed range of outstanding major premieres, prefer to pause the premiere of the most anticipated titles. The reason is that complexes work with mass audiences and that in these circumstances is a distressing utopia with no response in appearance.

Submerged in a burdening crisis, the multiplex cinemas were closed eight months ago and entrepreneurs in the sector on more than once requested State aid, without understanding why protocol agreements for partial allotments have not yet emerged. Knowing that there will be no significant developments, the situation framework worries distributors and filmmakers in equivalent proportions, while silence dominates the situation. Much of the most summoning premieres passed in April or May 2021, noting that James Bond's new film “ No time to die ” could end up in streaming so as not to lose sidereal figures in dollars for this health parate.

The health disturbance that occurred during the beginning of autumn swallowed mercilessly the great film premiere of the year. The feature film “Corazón loco”, Adrián Suar's latest film with Gabriela Toscano and Soledad Villamil, was scheduled for display on March 19 at national level, but the production company suspended the debut days earlier, warning that the quarantine was a fait accompli. The months passed fast, news were not present and urgently due to economic pressure, producers agreed with the ascending  Netflix platform  to release it at the beginning of September, looking with that trade agreement to cover part of the investment made.

An indirect reaction that can change the destination

After official announcements from the national, provincial and Buenos Aires orbit, confirming the inactivity of  theaters  and cinemas, producer, businessman and dancer Flavio Mendoza put the cry in the sky demanding a reopening urgent for the sector. Extremally angry to warn that other activities were authorized, the dancer, producer and jury of the media cycles tv called for a march with his colleagues to demand a definitive solution to the problem. As a result of pressure from certain sectors, the government was forced to announce the opening of these areas in compliance with the protocols presented, but still what concerns cinemas is in a traumatic “Stand By” that no one ignores.

The perceptible and eloquent anger of the media entrepreneur, who liquidated several patrimonial structures and asked for credits for the renovation of the Broadway Theater suitable to those health resolutions, appeared in this picture as the highest benchmark demanding solutions for all those affected by this situation. A vast majority of artists look angry with Alejandra Darín, head of the Argentine Association of Actors, for not mobilizing efforts to restore traditional activities in the sector. Excused in a supposedly sanitary issue, a ruse that artists questioned from the beginning, provoked the inocultable bronca of the performers, in a hard time where no filming or closed screening halls take place. The only exception to this situation was the filming of “Los protectors”, a fiction with Adrián Suar and Laura Fernández for the Disney art platform.

The “Southern Awards” only confirmed their nominees

The 2019 Sur Awards and their announcement of nominees were not lived with the usual enthusiasm of other seasons. In addition to being paralyzed by health issues, the film industry has many limitations to resume its activity during the summer, a time where filming is experiencing a characteristic intensity. No one anticipates anything, but specialists warn that the recession will cause even more losses than today.

Raquel Flotta, press spokesperson for the Argentine Academy of Cinematographic Arts and Sciences, reported nominations for the last season. The films “ The story of the weasels ” (Juan José Campanella), “ Good intentions ” (Ana García Blaya), “ The Odyssey of the Giles ” (Sebastián Borenzstein), “ The Sleepwalkers ” (Paula Hernández) and “ El Sueño Florianó polis ” (Ana Katz) are the films with the highest number of nominations for these awards, materials released mostly between 2018 and 2019.

The winners announcement ceremony will obviously be virtual, but the features and date of this digital  event  is still a big unknown. Although tentatively the organizers point to a virtual ceremony at the end of November, there would be some kind of negotiation for it to take place in early December with live broadcast of Public TV.

The 35th edition of the Mar del Plata International Film Festival accuses the hard impact of isolation, like other artistic activities. Faced with current health restrictions, Fernando Juan Lima, president of this festival in the country's most famous coastal city, announced his enthusiasm for another profile of the event in an interview granted to a medium of that seaside resort in August.

Replacing the late leader José Martínez Suarez, this new director of the event had held the possibility of a “hybrid event”, but the harsh health constraints and the rise of cases in that city, dynamited any face-to-face option for total disappointment of his organizers, who so far avoided communicating all the news that the event deserves at this point of the year.

The impossibility or inocultable disinterest of foreign filmmakers to travel to the country for this confirmed event between November 21 and 29, altered everything traditional of the sample, when it was confirmed that the aged physical events were cancelled.Similarly, even in the midst of this operational disappointment, inoperance gained prominence when far from seeking consensus, a bizarre stance arose on the name of the award given.

An unusual disaire cancelled from rennet and fewer participating films.

The 35th edition of the Mar del Plata Festival will have 95 percent of online activities, many  streaming  events and a much lower number of films than usual to watch. Without the support of a better streaming platform, the event's films will have a limited number of feature films, many of them occupying the famous “official competition” section.

The artistic event for the moment will officially include the typical competition section, another area dedicated to some outstanding filmmaker and few unpublished performances. A series of films that were curated by this venture can be seen in Cinea.Play, the only novelty leaked in the middle of strict official silence.

What did become the controversial fact of the event, was the name of the awards that this realization gives. The current incumbent of the Incaa Luis Puenzo suggested that they would henceforth carry the brand new nomenclature “Lobo de Mar”, replacing the name “Astor Awards”, a statuette whose name pays tribute to the late and prestigious Marplatense musician  Astor Piazzolla . Once known this supposed modification, everyone heard their criticism of the unpious displant to the author of “Goodbye Nonino”.

The harsh complaints and rejections after this decision was known were very hard, which ended up turning the potential name change hinted from the Film Institute. In addition to going back in the decision, the organizers confirmed not only this, but announced for the 2021 edition a new section with the name of the tanguero and another special prize that will honor him with his surname, seeking to amend the potential offenses that occurred. 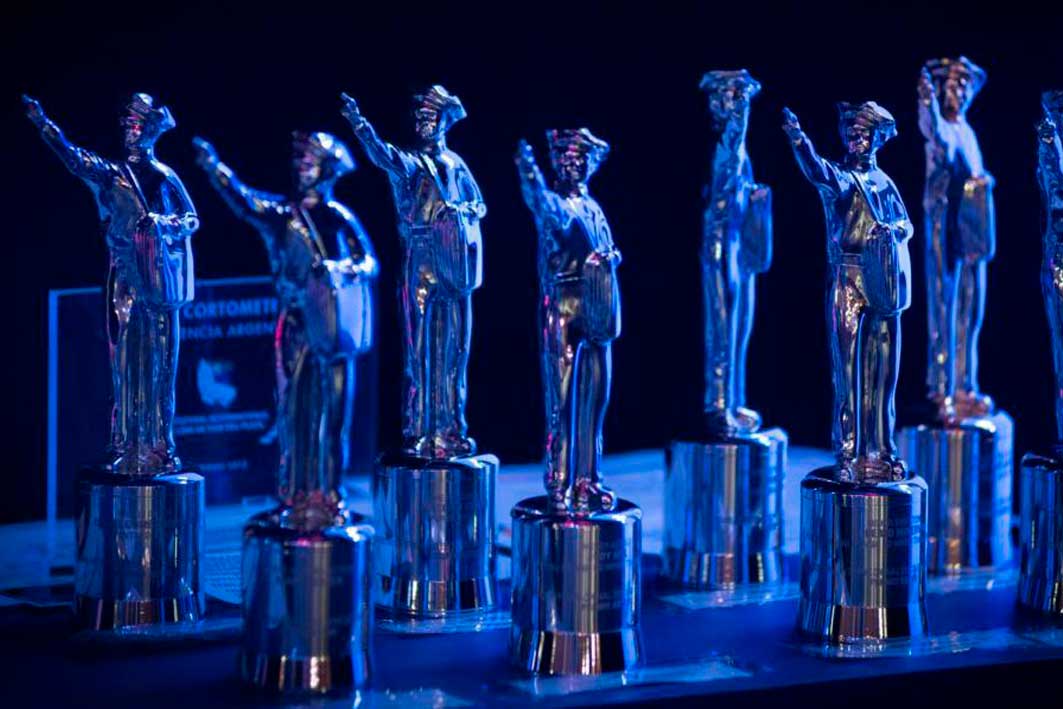