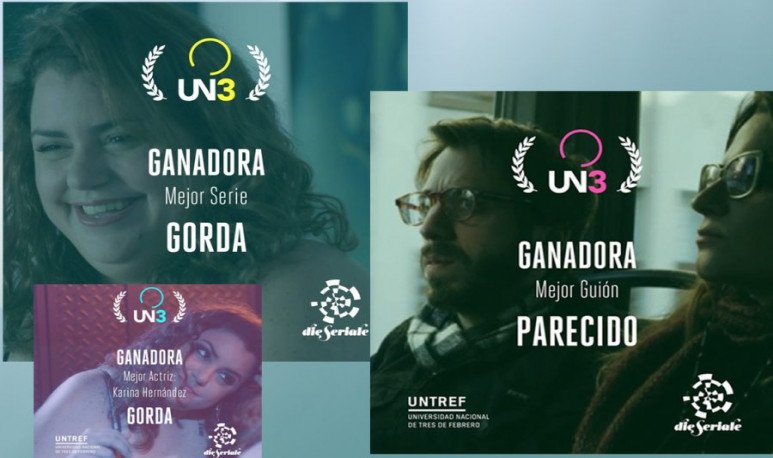 The channel of the National University of Tres de Febrero,  UN3 , received three awards at the German festival Die Seriale, in Glessen. These were Best Series and Best Actress for “Gorda” and Best Screenplay for “Similar”, both web series.

“Similar” received the award for Best Screenplay. The series is written, directed and starring Martín Piroyansky. There he embodies someone who finds similar to him in the places he frequents.

This series had already won the awards for Best Screenplay and Best Series Argentina, at Bawfest 2019.

The 5th edition of the festival was held from 13 to 16 June. He focused on the production of the Argentine digital series, also participated “M”, “Real”, “El Líder” and “Los Inadaptables”.

The  UN3  series can be viewed for free from the web or by downloading their mobile app.