After the reopening of some rooms in Carlos Paz, Mar del Plata and Capital Federal, the pandemic effect, the inocultable economic crisis and behavioural changes caused a severe impact on the industry. 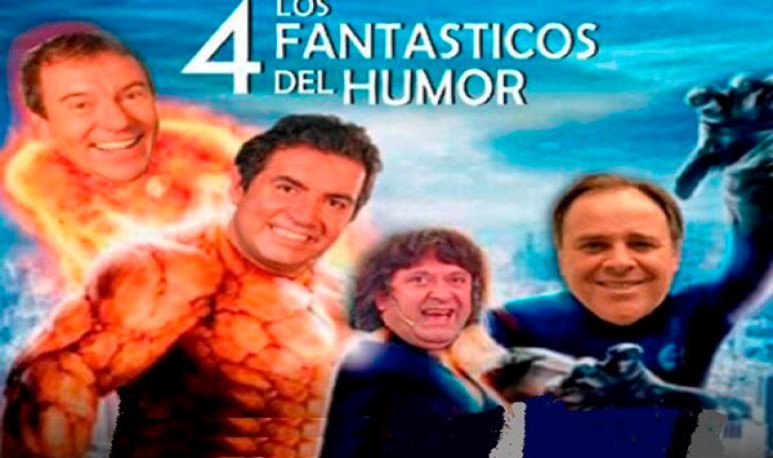 In the second week of November, when the haze 2020 and its unbearable pandemic destroyed the daily life of different societies around the world, the associations representing the theatrical orbit in Argentina immediately came out to call for the reopening of the closed theatres since March last year. The AADET (Argentine Association Of Theatre Entrepreneurs) concrete on the corner of Corrientes y Libertad Avenue, a big event in the street to request the immediate opening of these places, an event where the main references in the area and many artists expressed their concern.

Luis Brandoni, Carlos Rottemberg and Flavio Mendoza led this intense day of protest. The latter did not hide his understandable indignation, having invested his last savings and even borrowing, in order to adapt the Broadway theater and lower its capacity from 1500 attendees to a maximum of 350 spectators. The sanitary adaptations in that well-known place were in line with the new protocols given by the Ministry of Health, but curiously or surprisingly, those in charge of authorizing the theater that once belonged to television tycoon Alejandro Romay, turned a blind eye ignoring the request before the bewilderment widespread use of artistic producers.

The drastic reduction in the number of spectators to attend the rooms, the modification of equipment and ventilation locations, in addition to the new protocols to verify body temperature and hand hygiene, were some of the aspects that had a significant alteration looking for an environment freed from potential problems. Many had to rearrange one hundred percent of their installations, disrupted by an inexcusable path to a new normal performance of theatrical functions. After the rehabilitation of many of these sites, the different municipalities finally allowed the opening of the rooms with a view to the imminent summer season. 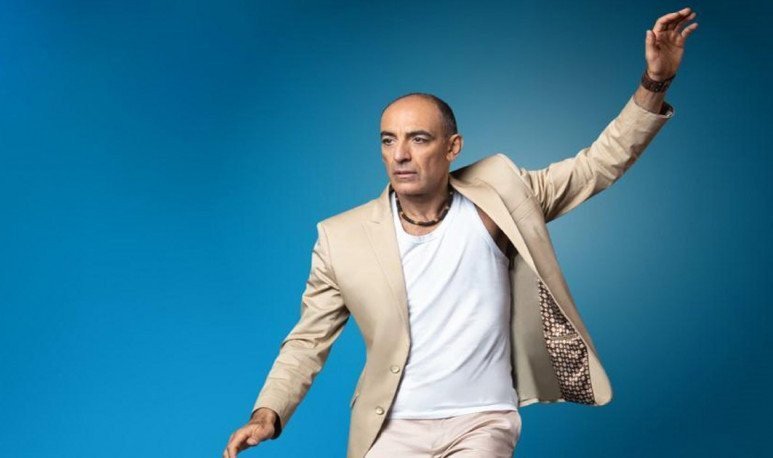 Too many months passed with theatrical complexes gathering dust, silence and the inocultable sadness of their responsible, warning that the very serious damage caused by the closure of those places for so many months would have a profound economic impact of traumatic recovery in their involved. “We have to open them, even if the result is at loss, because in a sense it is a clear sign for people to understand that this must be started looking for the solution,” said realistically the tireless businessman Carlos Rottemberg, one of the most important architects in the area. involved in this very hard place established with the ASPO and DISPO modules.

The producer of hundreds of theatrical shows over the last decades, consulted at that point of the circumstances for the first reactions with this return, did not hide from the media the axis of the conflicting issue with the pandemic in the country. “People are afraid to get infected. inside a room, but we have to show that the workplace of these places can avoid this problem, so we have to start the operation of the same”, said the ex-partner of actress Linda Peretz, when at the beginning of December very slowly a few rooms in the center of Buenos Aires opened their doors trying to regain the initiative, amid serious concerns throughout the arts industry.

The authorization for the operation of the theatres a very few weeks of 2021, was the coup de grace because by that time of 2020, many producers had not defined what kind of shows would happen both in the Federal Capital, as in the usual summer places such as Villa Calos Paz or Mar del Silver In those weeks, the latter town experienced the crisis resulting from the demand of local artists, who made it known to the provincial and national authorities that political power did not show cooperation to the socio-economic drama that this renowned industrial factory was going through after the closure of the theaters since March last year. Generating in a matter of days a response to the authoritative opening of function places, most of these sites prioritized the realization of single-person shows or with a maximum of two or three performers on stage, thus seeking a transit of personnel limited by operational requirements. 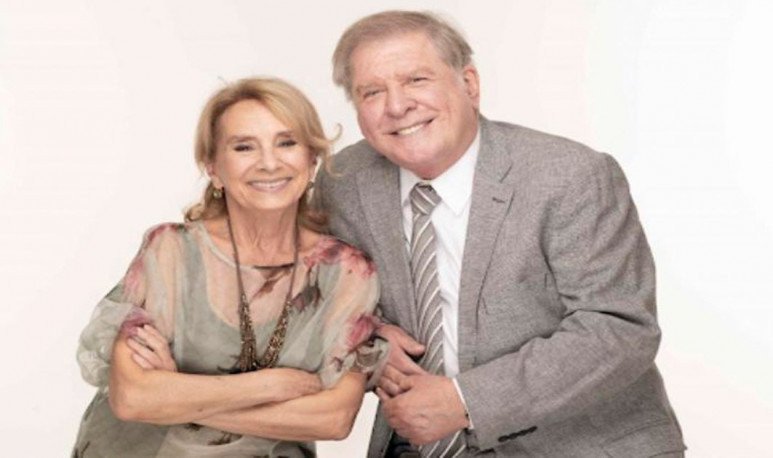 While in Capital Federal the puzzling uncertainty seized the majority of those involved, in Mar del Plata they did not win for scares. Scheduled for December 25 the premiere of the show “Los 4 Fantasticos del humor”, starring Diego Pérez, Carna, Alfredo Silva and “Alacran”, very few days before the premiere should have been suspended when it was detected that Diego Pérez was affected by COVID-19”, starting at that time a multi-swatched operation with his colleagues and staff located in the theater. The other artists who were there on the coast with other theatrical companies, naturally lived it as a great orange alert of high concern. This initial issue was enhanced when that humorous show was lifted at ten days by a zero ticket sale. The commotion took another size and many were called to silence.

While the few theatrical shows premiered in Mar del Plata, in Carlos Paz things were not too relaxed either. Flavio Mendoza discovered to his regret that some colleagues in his shows were also affected, and he had to postpone the date of the premiere, while some crosses of the producer and dancer with certain figures of the artistic environment did not add too much to the prevailing crisis. Fatima Flores were also featured in this popular Mediterranean town with his imitations and Pedro Alfonso at the head of a summer comedy, cast that added the daughter of the driver Jorge Rial as a special news for the media.

In Buenos Aires the delay in defining which shows would be located in the few halls that were opened, generated bewilderment in the audience related to this kind of shows. The sad and devastating image of Corrientes Avenue with very few open places, closed restaurants and most theatres with low blinds marked a devastating January in this industrial context. The actress Selva Alemán, at the exit of the famous play “Letters de amor”, along with her husband Arturo Puig, told a friend from the professional world about her incontrasting opinion: “People are afraid to come to the theater.” Thankful on stage and then to the people waiting at the door of the theater, the performer was responsible one by one to thank those present for their support in such difficult times. 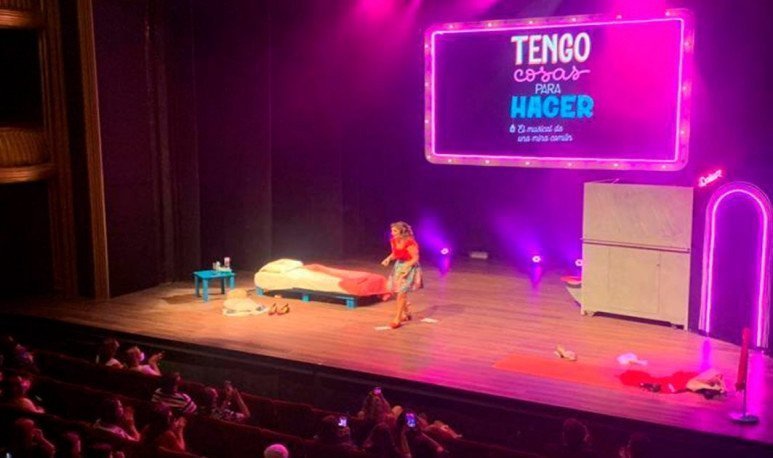 With limited capacity, too invested in the reformulation of the places of performance and before an audience hit in their pockets by a pandemic year that took jobs a lot of jobs, things did not go too well. In Capital Federal, the well-established monologuist Dalia Gutmann premiered with an acceptable answer “I have things to do”, a show in a renovated Maipo Theatre that unfortunately eliminated the beautiful carpets that made it a very comfortable, intimate and beautiful environment. the least accused the impact of this problem was Mauricio Dayub, who with the one-person “The equilibrist “exhausted localities alien to all problems.

Mar del Plata, a theatrical city par excellence, as if it were not enough to have problems with health issues, added conflicts and more problems with the announcement of the traditional “Estrella de Mar” awards, awards that triggered a crisis of political tone between local artists and the authorities of that district coastal. In Córdoba the numbers of those few theatrical offers did not provoke a microscopic enthusiasm, understanding that things would not last too long with the start of the Buenos Aires classes, scheduled for last Monday 17 February. The famous traditional tourist cities despite having a second fortnight favorable in the climate, they were desolate by a scarce number of visitors to these sites, absence motivated by the economic crisis and the sanitary restrictions that at that height of the harsh summer obviously caused discomfort to the usual tourist very inocultable in his feelings.

What follows for March and the start of South American autumn do not drive too much in producers' expectations, begging for two factors that could somewhat improve the response of the invested. Without raising the percentage of the capacity established for theatrical theatrical theatres, with a national vaccination developed almost in slow motion and yet indicating that the second wave of contagion will hit society, already concerned about everything that left the health phenomenon, all entrepreneurs admit that this is the case. aacute; n working at loss, to sustain this artistic phenomenon, hoping that some moment the trend will revert in longed-for times where people regain confidence in entering theaters, forgetting the fear that now seems to be the protagonist of all shows.