Home People Spectacle The “muddy” TV started by a popular commotion, but with the days loses adherents

The death of well-known television journalist Mauro Viale on Sunday, April 11 acted as a harsh detonator of precautions, but the sanitary stance, over the days, suffered the rejection of the audience and is increasingly less in the air. 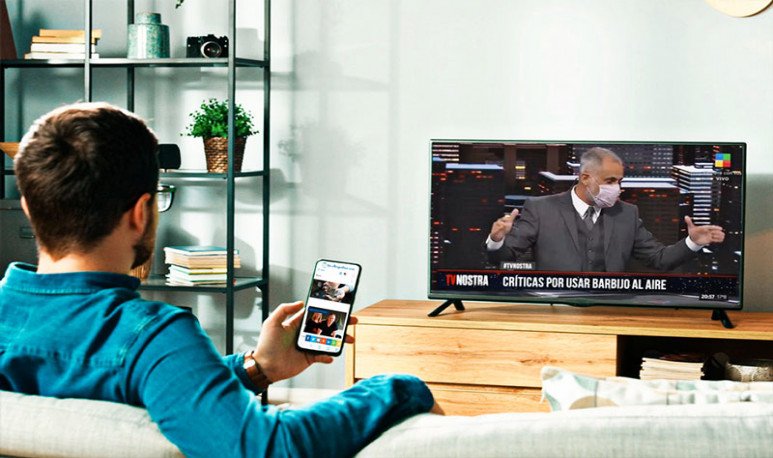 In the period between Thursday 8 and Wednesday, April 14, the Argentine artistic community experienced in flesh the ravages of the serious disease that landed in early March 2020 in our nation, a demolishing sequence in which many personalities of the show show and the spect- aacute; they suffered the effects of  COVID-19 , or the renewed strains whose variants in recent days clearly show a greater contagiosity than the infection of origin Chinese discovered during the end of 2019. All followers of well-known people in the media or the activities of the artistic world became concrete aware that the unexpected disease had hurt several celebrities very strongly in that short period of time quoted above. With the running of the hours and through the usual use of social networks, many personalities made public the novelty about having contracted this coronavirus, simultaneity of cases that in those days quickly exceeded any expectation or estimation that the media and people had when this occurred kind of novelties.

As affected people reported that they had contracted the disease, digital media did not supply such coverage and succumbed instantaneously when the advertisements of these figures in the artistic colony overcame. While at first there were a couple of cases, running those minutes of the first infected, the figure skyrocketed and there the general shock took effect. In less than a week, the people who reported this situation were model Eugenia “La China” Suarez, actress Miriam Lanzoni, influencer Candelaria Tinelli, her boyfriend musician Coti Sorokin, journalist and driver Horacio Cabak, businesswoman Claudia Villafañe, journalist Mauro Viale, actress Maria Fernanda Callejón, aged sports commentator Horacio Pagani, television columnist Any Ventura, radio and TV rapporteur and host Victor Hugo Morales, open television news host Rodolfo Barilli, humorist Dady Brieva, his wife dancer Mariela Anchipi and singer Matías Conde, leader of the group “Las Sabrosas Zariguellas”. Of all these cases mentioned, obviously two of those that occurred during that period culminated unfortunately with the unexpected death of those involved, such as the cases of Mauro Viale and Matías Conde, some days later in a time where the physical departure of these figures impacted quite a lot of time. aacute; s than expected. 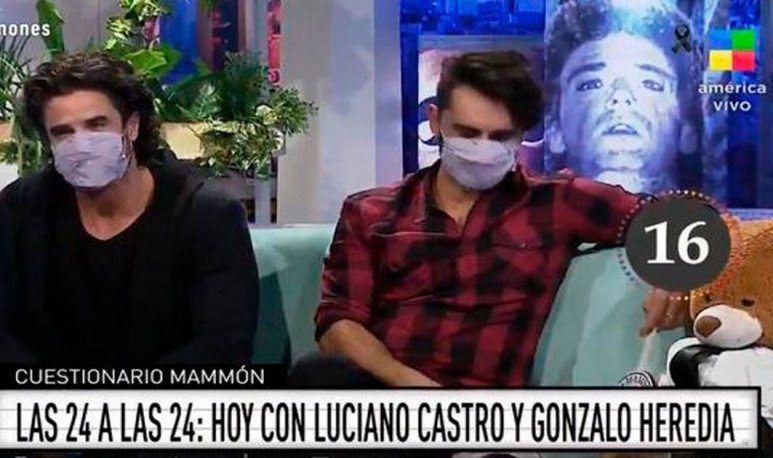 Undoubtedly, the news that struck most forcefully was the death of Mauro Viale, a well-known figure in the world of communication that last Thursday 8 notified all his close relatives of an ostensible physical difficulty that, being quickly hospitalized, resulted with the check-ups in the novelty of the infection of COVID-19, which was aggravating the picture that the old television conductor had at the beginning of that condition. Emergency boarding school, the most serious happened during the afternoon of Sunday 11, when he was in the intensive care of a known Buenos Aires nosocomio, a severe infectious manifestation resulted in a massive body failure causing the death of this TV personality. A few seconds after the novelty was known, his peers in the various media experienced the shock of what happened, especially in the open TV signal America, a station in which numerous communicators play, being a famous station where live information plays permanently a essential role. The communication of this sad novelty among the most prominent characters of journalism began to generate in those last hours of that holiday an emotional earthquake really very deep than the different digital platforms and naturally their concomitant social networks. The news was reamplified thousands of times in a short period of time, causing media consumers a very strong informational fastening with respect to the rest of the news that exists at that time.

Interned because of a severe malaise that was not directly related but which offered certain symptoms close to the characteristics of the new infection, the aggravation of the health of the television driver and his subsequent death in less than 48 hours seemed to act as a bomb of the expansive action that on Sunday night exposed a health reconsideration of what was happening in many media until the unexpected physical match of a legendary character on open television. What happened opened up an intense controversy about health care existing within the media, and also the range of protocols they observe in their activity since news from abroad alerted our rulers about the imminent arrival of an unknown disease pregnant in a Chinese laboratory. The first reaction that some managers took during those hours, beyond the existing precautions and respect for the new post-pandemic safety standards, was to implement the use of fowl for all those who appeared on screen. That determination, a directive that Public Television and the signal El Nueve communicated at the official level, made at the beginning of the broadcasts on Monday 12 April, that all the program hosts or communicators of the same wore their nasobuccal protector, imply that so far they only used the mobileros who reported news from the different places where the information occurred. The third station to establish this element with mandatory tone as expected, was America, who shocked by the sad news that occurred a few hours before placed a small black crepe on screen, evoking what happened as a sign of grief after the physical loss of one of its main referents. 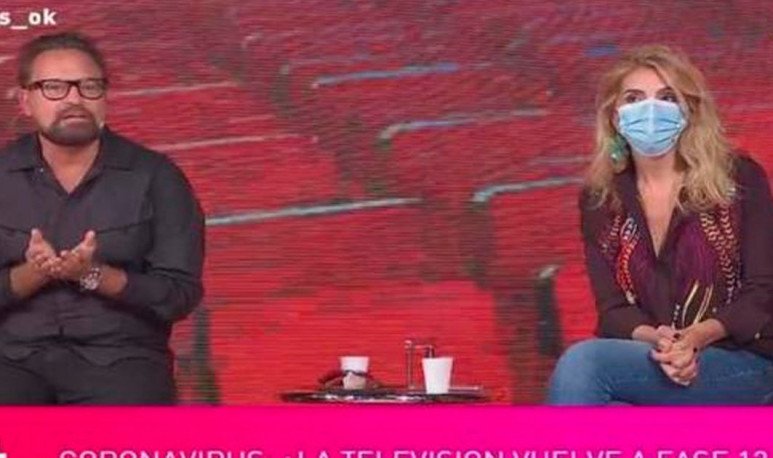 On Monday 12 of the current month can be called the hinge day from the visual in which the open television channels decided to convey a single general message, day that much of the programming of the five air stations decided to locate their drivers or panelists, using the traditional protective loom that society in these months has been carrying as a protective resource. The determination was not observed by some cycles, especially those linked to the artistic show, when dietician Romina Pereiro expressed her fear of the presence of her husband Jorge Rial in the American studio, given that the ex-conductor of”  Intruders in the show ” is a patient at risk. Despite his wife's concern, the now animator of the series “TV Nostra” went to the studio floor where he carried out his cycle from Monday to Friday, when this journalist developed his professional work with his team of panelists, who at the time also used the protector nasobuccal during the emission of the cycle amid the commotion in America after the death of one of its historic drivers. On the same day, the decision of the group of panelists from the “LAM” cycle not to use the traditional face protector hit the decision made by one of its most old panelists, who criticized his companions for not protecting themselves on screen.

Over the week, the broadcast of this special measure that some open TV channels took with respect to on-screen staff became profuse, but at the same time the tesitura that other broadcasters and programs adopted while the commotion continued at the death of Mauro Viale, was contrary to maintaining their endowments in screen with the nasobuccal protector, arguing different points to sustain that determination. Those three days after the death of America TV's Sunday driver and all the media replicating old images of the television journalist in his well-known programs, they were erected in an unpremeditated speech seeking to raise awareness of the harsh need to strengthen protocols and protective measures. It is also worth noting the hypocrisy and cynicism prevailing in the communication industry in the hours following the death of the media animator. Before we heard the tragic news about the well-known journalist and sports rapporteur for open TV on Sunday afternoon, most of those who later showed themselves on social networks very moved and grieved by the pain of such loss, were casually the same as days before the painful event did not they hesitated to unhesitately describe the recently deceased communicator as the new antichrist of this solar system. Confirming that insistent postulation that “grandfather” death, the controversial gaze of some compounded quickly mutated to a merciful and conciliatory context. 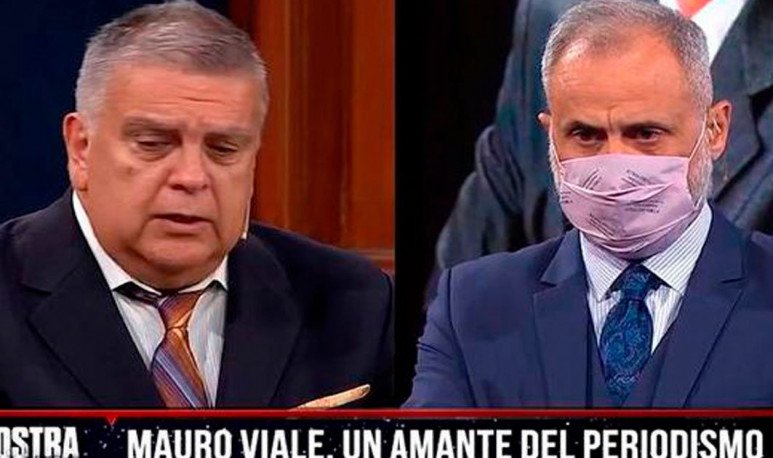 With an unequal response in the conduct of drivers and panelists from the different television cycles on the signals America, Viacom-Telefé and  El Trece , the initial decision of using beepers in transmissions was slowly loosened with the passage of days and from night to night, several cycles concretized their emissions again without using this sanitary tool for the protection of artistic personnel in the air, behavior that in those early hours caused various answers when consulted for this change. In most cases, those responsible for the programs where these changes occurred alluded to insurmountable technical problems to achieve a good level of sound for all the tie microphones used by drivers and panelists, indicating in this regard that the barbijos prevented by their protective filters. a clear definition of the audio that these receivers achieve under normal conditions. One of the cycles where this change was most quickly perceived was “TV Nostra”, a program animated by Jorge rial, a professional who is a person at risk after several physical inconveniences in the last decade and a half, a detail that everyone perceived exactly a week ago when the old founder of the cycle “Intruders” made an entertaining interview with the singer “El Dipy”, notes that he had rebounds more about the health issue than he spoke between both characters. 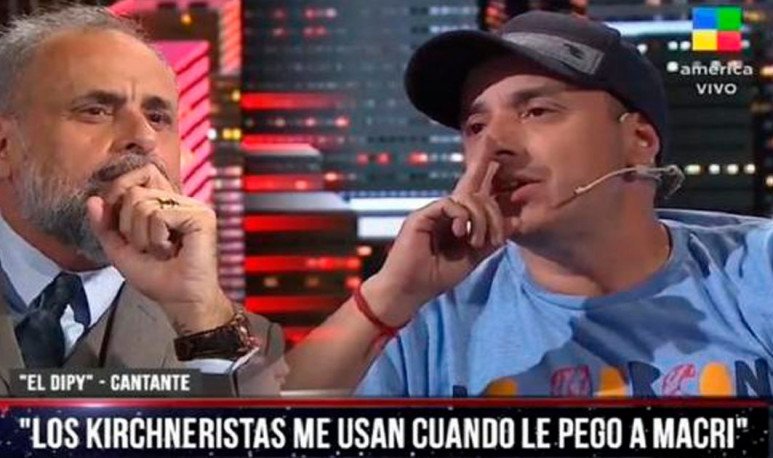 The main factor by which many professionals took the decision not to use the screen barbijo during television broadcasts, is actually another and is strictly related to a psychological aspect that has become during the last few days in a sharp decline in the rating of cycles where drivers appear with the face protected by this gadget. Most of the programs that are broadcast by Public TV, El Nueve and America TV descended between 1 point and 2, 50 measurements since their drivers appeared to the air with their face covered, guarismos that rating that reliably feed the measurements of those programs where the artistic staff appears with their faces without health coverage. Some psychologists who gave interviews consulted by this reaction from the television audience, argued that much of the people who turn on  television  in different times in search of a little entertainment, manifest a deep discomfort when watching TV drivers with their face covered, remembering what is public coexistence on the streets with huge numbers of people walking with the traditional nasobuccal protector. The mood discomfort becomes inocultable when well-known people appear on the screen with their face covered, which added to the sound problems ended up persuading many personalities of open television to choose to go on the air without this protective implement. It will have to do with the passage of the weeks and placated from the mood the “Viale effect”, how far follows the tense of showing the staff with their face covered on the screen and how strong is the rebellion of those who prefer to appear without the barbijo, on a small screen than in the last days was very shocked by the unexpected death of Mauro Viale.