Home People Spectacle The most famous clown in Argentina

We tell you the story of Argentina's most famous clown. Do you know who he is? I'll give you a hint: it's Cordoba... 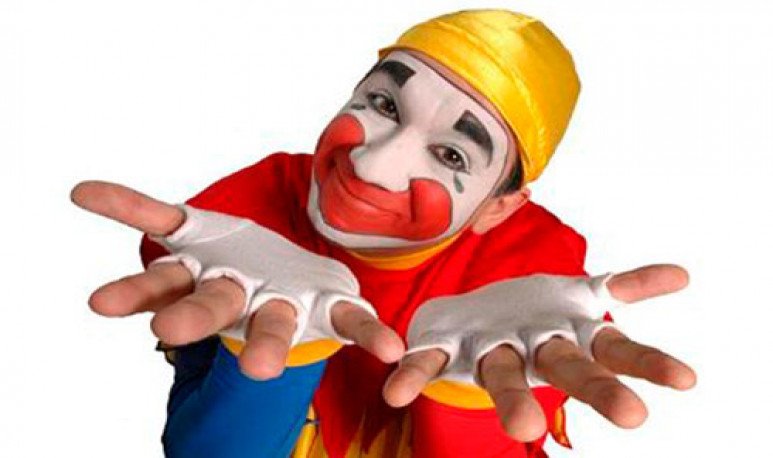 Because, with the  creative soul, the rhythm in the blood and humor as the flag, the best characters are born. In this case, we are talking about  Piñón Fijo - the most famous clown in Argentina.He was born on a day like today, August 20, but from 1965 .  This character, which we greats love as much as the boys, came to this world in Dean Funes,  northwest of the province . He was born Fabián Alberto Gómez, but grew up as Piñón Fijo. Since that would be the pseudonym through which it would be recognized throughout the national territory.

This Cordovan exploited his persuasive and artistic qualities to  succeed in the world of show.Piñón began his shows in squares, squares, streets and shopping malls .  What he never expected was that this character would become a rage, or that he would be chosen  by thousands of children as the best. With his singing, puppeting, composing and dancing skills, Pinion  moves in the world  of childhood, like one more. Dads and children love him equally .

Because it teaches  from love, understanding and fun.His songs are super catchy and  his shows are unforgettable . As a clown, he became many more things:  actor, singer-songwriter and television conductor. This Cordoba is recognized nationally for its ability to  entertain children. Yeah until he's almost a babysitter .  Because, if you turn on the TV and there's Pinion,  the kids get hooked up  to watch TV.

Its artistic name  comes from the gear that is part of the bike. He himself says that  he liked the optimistic and positive meaning  of that element. Because it is the component of the bike that allows you to always pedal forward.So he decided to call himself Pinion, because this part of the bike allowed him to make    a metaphor of his life: always forward, and with a smile.

Throughout the time Piñón grew and became  followers from all over the world. His suit was being amoldened to the new proposals .  When he did his numbers on the streets, he was a little more improvised. When he began doing  great shows in theaters and even on television , he adapted his uniform to the circumstances. But always retaining a  unique essence , and the colors that represent it:  blue, red and yellow.Also with the company of  some puppets and characters. And never without his headboard instrument -the “sewer sax”, manufactured by himself  from water pipes .  This is a picturesque and eye-catching element that perfectly complements your outfit and numbers.

Today we can say that he is  the most famous clown in Argentina.It began in the streets of Córdoba, grew up until it reached the seasons of Villa Carlos Paz and continued climbing    until it reached television. Its essence became defined as “a singer disguised as a clown”.  Because his voice, his rhythm and his skill with the instruments allow him to define him like this: first as a singer and then as a character. Once he reached a high rank in show business, he had other opportunities.For example, participation as a driver of the campaign A Sun For Kids. And also the production and management of a program of its own. Little by little, he came across the puddle... to fill theaters. In the Nuevo Teatro de Alcalá de Madrid (Spain)  he performed the full room. It was also presented in  Santa Cruz de la Sierra, Bolivia.And he   toured all over Ecuador.It becomes not only a national benchmark, but also an    international one.

In addition,  he currently has his heirs in the field of children's entertainment. Solcito Fijo and Jere Fijo  are their children on and off stage. They devoted themselves to  following the legacy of their father,  taking advantage of the charism and inviting their followers to live new experiences.  This family is dedicated   to entertaining Argentine children and adults.Between musicals, songs and games, his shows are must-see .

Fixed Pinion had offspring,  and what offspring. Step by step the young “Fixed” become an unshakable place in modern childhoods .  It can be seen that  the charism and affection for children is ancestral. It's just that the connection they make with the little ones is incredible .  In addition, the contents they teach are super useful to  accompany the growth of our kids. Pinion, Solcito and Jere Fijo  together with all the dolls that accompany them  are the best option to enjoy, dance, laugh and have fun with the family  .

Today, Piñón celebrates his birthday, and it's a real thrill to have him as an Argentine clown. Let the new generations entertain themselves with healthy humor and stimuli that help them grow. And may Pinion meet  many years ahead  of the stage.