The 2020 edition was suspended by the pandemic and its rescheduling becomes increasingly complicated, within a framework of total uncertainty. 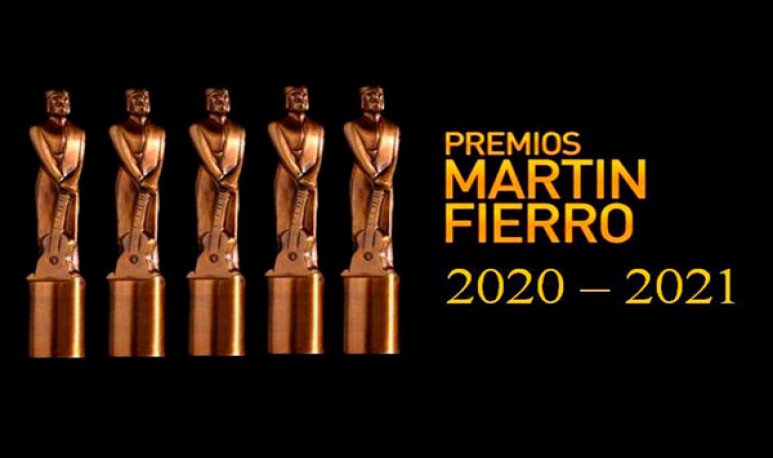 Undoubtedly become the main party of the show industry, the “Martín Fierro Awards” since its inception never experienced a crisis like the one they are now going through, motivated by the pandemic, the subsequent quarantine and health restrictions.   Prior to the epidemiological phenomenon that changed life in the world in early 2020, APTRA (Association of Television and Radio Journalists of Argentina) was planning to finalize the award ceremony at the end of May in a hotel in the  Puerto Madero .

Following the presidential announcement on Thursday 19 March 2020, decreing the ASPO (preventive and compulsory social isolation) nationally, plans for the delivery of the coveted statuettes brutally crumbled like a house of cards, in the face of the indefinite suspension of public events gathering great number of people. Faced with the health problem,  APTRA in those days paralyzed everything waiting for news, but the slow passage of the months and the absence of novelties were complicating the famous event.

Only in August and after several negotiations remotely and face-to-face, Luis Ventura, current president of APTRA, got an agreement to finalize the award of the popular prize at the end of November, when DISPO (preventive and compulsory social distancing) was finally established in the Federal Capital and During several media appearances, the manager confirmed that the production company RED CUBE, an events and communications firm, had paid the fee for that edition to have the marketing rights for this festival. Despite this announcement, things far from improving began to get complicated unexpectedly. 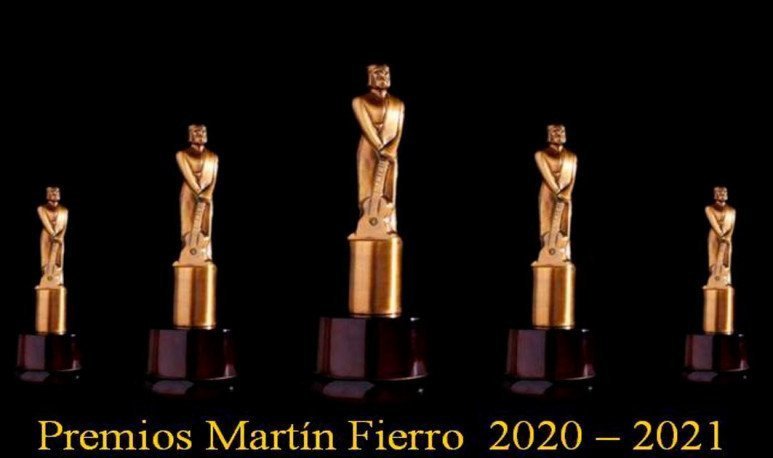 In those weeks Luis Ventura made contacts on America TV, trying to get the famous awards to be broadcast live by that station, but those negotiations he developed with the Palermo Viejo station collapsed when the journalist indicated on the air in a cycle of that channel that he himself would broadcast that ceremony during the month of November. This very hasty comment from the owner of APTRA dynamited any negotiation with that station. The television company broadcast its refusal to broadcast on its screen without explaining too much the reasons or grounds for such a decision.

While all health mechanisms were adapted a few weeks into the spring to the modification of social contact, APTRA started negotiations with other open television channels looking for the screen to broadcast the event. The first to politely but strongly refuse the issue of the party was Telefé, excusing himself in budget limitations and inevitable logistics problems, to face a massive event of the characteristics of the Martín Fierro Awards. Although the journalistic entity had managed to sell the rights of this ceremony, which serves to finance the social work of its members,  the fact of not getting a screen to issue them, became the most traumatic drawback at that time of the year.

Developing frantic negotiations to prevent this ceremony that week after week was complicated in its realization, APTRA began negotiation with El Trece to carry out the said transmission, a moment where potential characteristics were anticipated. During the last days of winter, there was talk of a party at Palermo Polo Camp for 600 guests, a similar event in the  Argentine Equestrian Field  and even a open air ceremony meters from the Obelisk, but  despite the authorization of the Buenos Aires government to specify the event respecting the new protocols, the worst news would become reality for the entity of radio and television journalists. 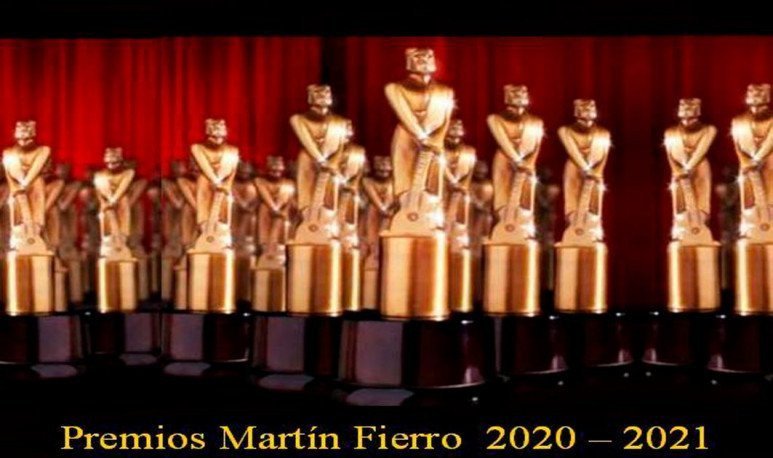 In an official statement that all the media broadcast and in the light of the rumor that the Constitución neighborhood channel would finally be the broadcaster that broadcast the “Martín Fierro”, Artear's press team issued an official release officially stating that El Trece had given up convey this ceremony, excused in the  impossibility of assuming the very high costs that a party of these special characteristics involved, in terms of technical personnel and operational infrastructure.

The idea of APTRA was to realize the ceremony in the Argentine Equestrian Field, a huge remodeled venue and premiered at the end of 2019 with the double recital of the groups “Europe” and “Whitesnake”, a place that can accommodate between 500 or 600 people. The intentions of the organizers were at that time to place a 360-degree scenario, while at the same time having four other parallel prosceniums to derive each installment to these awards places. This particular conception of various scenarios sought to oxygenate the transit of people receiving prizes without too much contact between them.

The decision of El Trece to get out of broadcasting the ceremony was a devastating blow to the intentions of the well-known journalistic entity, moment where Luis Ventura warned that the broadcast of the party was seriously in danger, as there were no other appropriate options to exclude from these negotiations Public TV and The Nine, channels that do not provide the level of  rating  that the event usually has. The only air channel, actually a digital station that is mostly broadcasted by cable, i.e. Net TV, a station owned by the group Profile, did not have the target of the ceremony and APTRA preferred to wait until things improved with summer and weather improvements. 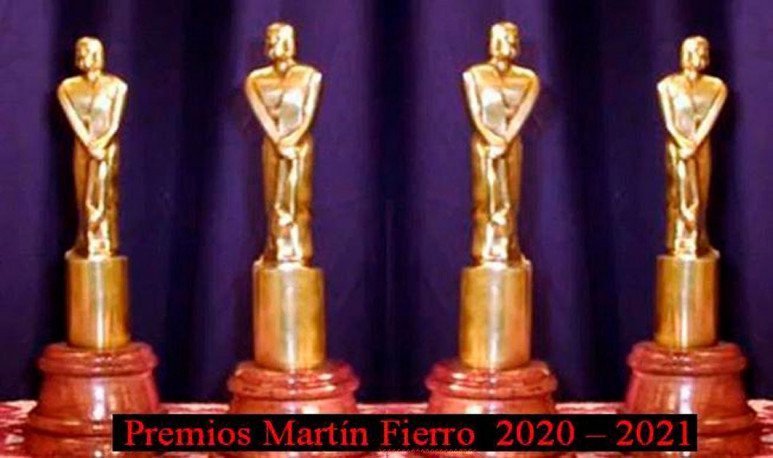 The problem that APTRA faces these weeks is very complicated. On the one hand, every month that passes without news, the organizers intend to finalize the event as soon as possible in order to comply with the contract established with RED CUBE, approaching to top the date on which the 2021 edition should be announced. A special detail that complicates the realization of the event is linked to the national vaccination plan, since many members of the journalistic entity are a risk population, a situation that is also repeated among potential nominees in certain categories.

As the national vaccination process is quite delayed, approaching the next edition and not having any news, things enter a great cone of uncertainty since for April or May the arrival of the second wave of  “ covid-19 ” , a harsh, high-scale epidemiological problem that would coincide with the potential suspension of events of up to 600 people in outdoor sites. Concern in APTRA's corridors is inocultable, understanding that many factors are combined to prevent the realization of this ceremony, while no one in the journalistic entity endorses a remote event by streaming, considering the low or no response that such an event could achieve on a digital platform.

However, President Luis Ventura does not lose hope of solving the current situation, with a bold plan that could be appropriate for current times. The idea of the journalist who currently presides APTRA, would have a double open-air award program on a weekend during September or October . In that plan on Saturday the prizes of the 2020 edition would be awarded, while Sunday would be the corresponding to the 2021 calendar, days in which both the winners of the television and radio categories would be awarded.

To date APTRA members admit the absence of any news on the subject, a stage in which the silent negotiations of its well-known president seek to prevent both ceremonies from being cancelled. With a television context very remissive to the realization of this kind of mass events, based on both the health and economic problems, Luis Ventura and his political partners in the entity seek the solution for these well-known statuettes, the maximum festival of the entertainment industry that in these hours is immersed in an adverse situation full of uncertainty and bewilderment.