Nacha Guevara is a multifaceted artist with a career that encompassed all areas. 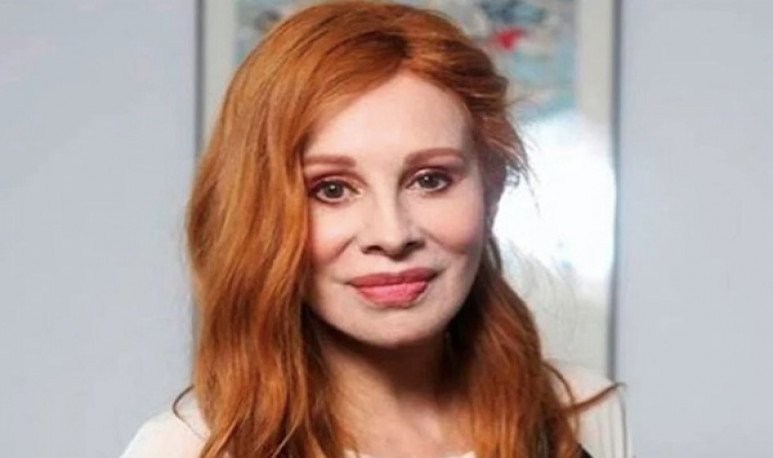 It seems amazing, but today  Nacha Guevara turns 80 . Incredible if we see it today, intact in its eight decades. But, if we review his career, we understand that at that time he was the protagonist of much, both professionally and personally. It condenses much of the history of the  Argentine show . That's why, here goes our tribute.

Nacha came to the world as Clotilde Acosta in the city of  Mar del Plata , Buenos Aires province. His first steps in the arts were made at  Teatro Colón , where he studied classical dances and acting. He then studied singing with the mezzosoprano Susana Naidich. She was also a model. She began working as an actress in independent theater until, in 1968, she performed at the Payró theater with  Nacha de noche  , an experimental song show.

On his way he crossed  Alberto Favero , who would also be his life companion, a classical musician who was with her throughout his career. In 1969, during the de facto government of Ongania, he found his place in the transgressive area of the Experimentation Centre of  the Di Tella Institute , where he had his first success:  Anastasia dear . The show completely scandalized the Buenos Aires public peace, as it attacked without looking at institutions and customs.

The queen of the cafe concert

In 1970, the military dictatorship closed the “temple of the Argentine vanguard”. With the doors of Instituto Di Tella closed, Nacha sought refuge in the underground.  Concert cafe  began to be his place of belonging. Buenos Aires, Punta del Este and Mar del Plata were some of the cities where he walked his talent.

In 1973, the Margarita Xirgu Theatre was remodeled for cafe concert and there he presented  Las mil y una Nachas , a music-hall where he sang sixteen characters in an incredible set design, directed as always by Favero. With this show she managed to reach a wider audience, before which she displayed her skills as a  singer, actress and dancer.

Nacha around the world

Like many Argentine artists, Nacha also had his life in  exile . In 1975, threatened with death by Triple A, she left abroad with her children and Favero.  Nacha had three children : Ariel, Gastón, and Juan Pablo. The first fruit of his relationship with Anteo del Mastro; the second, with Norman Briski; and the latter, with Favero. He first took a step through Peru, Mexico and Brazil, and then through Spain. He also arrived in the United States, where  he performed in New York, Washington and Chicago.

With the return of Argentine  democracy  , he returned to the country in 1984. Two years later, one of her most remembered roles would arrive: that of  Eva Perón , who performed at the Teatro Maipo. She also returned to the movies, in  Miss Mary  and  Four Faces for Victoria  , alongside Carola Reyna, Julia von Grolman and China Zorrilla. In 1991, he starred in  Heavy Tango , where he shared a duo with  Tita Merello herself.

On the girl screen

For a multifaceted artist like Nacha,  television  would also be part of her career. In 2004 she played a lyrical singer in the telenovela  Padre Coraje , for which she won the Martin Fierro Award for Best Guest Actress. She also participated in  Bootines  and  Mujeres asesinas  , where she embodied the poisoner Yiya Murano. He also conducted programs in which he promoted an ecological and spiritual view of life, such as  I like to be a woman  (1993).

Today, we can see her as a jury at  Cantando 2020 , at the most media stage of her career.

Some will say that she made a covenant with the devil; she says that what leads her to show a youth that seems eternal is her  healthy lifestyle . Anyway, only one thing is certain: Nacha carries with him part of the big story of the Argentine show, to which he contributed a lot throughout his career.

For all that, we greet her: happy birthday, Nacha!