106 years after Lydia Lamaison's birth, we review her career. La mendocina is an icon of theatre, film and television in Argentina. 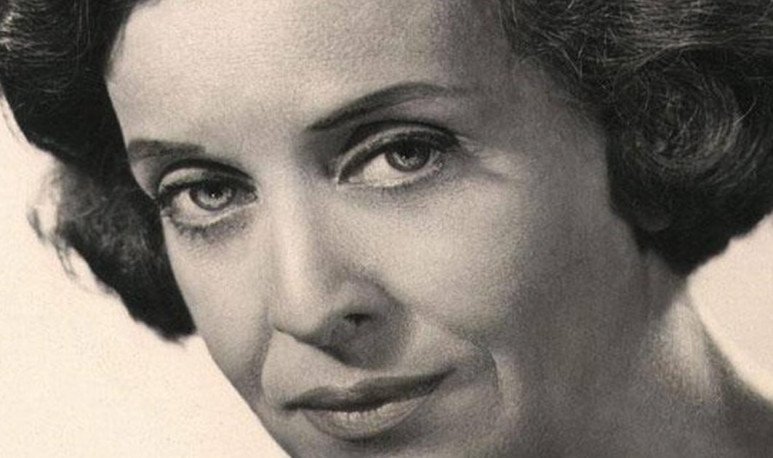 Lydia Lamaison died at the age of 97, leaving an important gap in theatre, film and television in Argentina. Her relatives remember her as a  woman  who always knew what she wanted: to act. He starred in major plays, telenovelas and Argentine films. Today,  106 years after his birth , we review his extensive career.

Lydia Lamaison was the stage name of Lidia Guastavino Lamaison. Her grace, charm and talent led her to  work until she was 95 years old .  He was born in the province of  Mendoza , to a family of French and Spanish descent. He came to light on August 5, 1914 and died in Buenos Aires on February 20, 2012 at the age of 97.

Bad to us despite the Mendoza,  Lydia Lamaison always felt like Buenos Aires . As a girl, along with her family,  she often attended the   Colón Theatre  to see the plays that were performed. In his youth he studied music, and philosophy and lyrics, although he did not finish his career. She also graduated as a normal teacher, a degree that enabled her to practice teaching at the basic level.However, it wasn't what she wanted. It happened that  his favorite career was psychology, but there was no such faculty at that time, so he chose philosophy and lyrics, something that did not end . It's just that, two years after he started that career, he entered the independent theatre, and left his studies. Even, on more than one occasion, Lydia acknowledged that, according to her mother, she  wanted to be on stage since she was young.

Since then he never got out of theatre, film and television in Argentina again.  In 1939 he began working in the company of actress   Blanca Podestá  and was there for many years. There he presented works such as  Mother Mia , by Alberto Vaccarezza, and  La vida de Madame Curie, which earned him a revelation award.

In film matters  he participated in more than 25 films , such as  Wings of my homeland, The hour of surprises, The fall, End of party, A handsome of the 900, In my home I command, La fiaca, Retired, Passengers from a nightmare, City of the Sun,  among others. In his long career he shared scenes and tables with figures such as Milagros de la Vega, Elsa Daniel, Alfredo Alcón, Rodolfo Bebán, among many other important figures. And with directors such as Leopoldo Torres Nilson, Daniel Tinayre, Luis Puenzo and Diego Sabanés, among others.

In theatre  he also performed countless  plays , among which are Los physicists , with López Lagar; S  eis characters in search of an author , with the Comedy National;  Los invisibles , with put by Mario Rolla; The  portraits , along with María Luisa Robledo; the premiere of  Doña Disparate and Bambuco , the great work of Maria Elena Walsh;  Passengers, piece by Arístedes Vargas;  Grace and Gloria , by Tom Zeigler;  Ricardo III , of Shakespeare,  Lost in Yonkers , along with Soledad Silveyra;  The Siege of Leningrad , with Alejandra Boero; and  A handsome of the 900 , by Samuel Eichelbaum, to name some of his performances.

On television he made his first premiere with the Gran Teatro Universal series, which was performed live on the old channel 7, today public television.  Then followed cycles such as  High Comedy, Limit Situation  and  Theater as in theatre,  among others. He also participated in novels such as  Celeste Siempre Celeste, Nano, Muñeca Brava, Provocame, Emerald Necklace  and many more.

In recent times she became the grandmother (good or bad) of several cycles, although  she preferred to be a villain . In 2004, I recognized, “I don't understand why they're giving me good characters now. I want bad guys, please! In Jesus, the heir, mistreatment my son-in-law a little (Jorge Marrale, what a great actor!)because he deserves it. I want to go back to bad things, it's the salt and pepper from the soap operas. There are actresses who don't want to play  grandmothers . They don't even want to be mothers! I understand them, there are people who don't want to grow old and kill themselves with surgeries. I think youth is elsewhere, it is in wanting to do things, in feeling good, in being located...”

Lydia Lamaison  married, in 1947, actor Oscar Soldatti.  After 35 years of marriage, she became a widow. After this situation, the actress clung more than ever to her professional life, always trying to keep fit and in good health, climbing the stairs of the building where she lived and maintaining a strict vegetarian diet.

What saves us: what does the merger quartet live