On August 24, he was born in Rosario who would be one of the most remembered capocomics in the country: Alberto Olmedo. 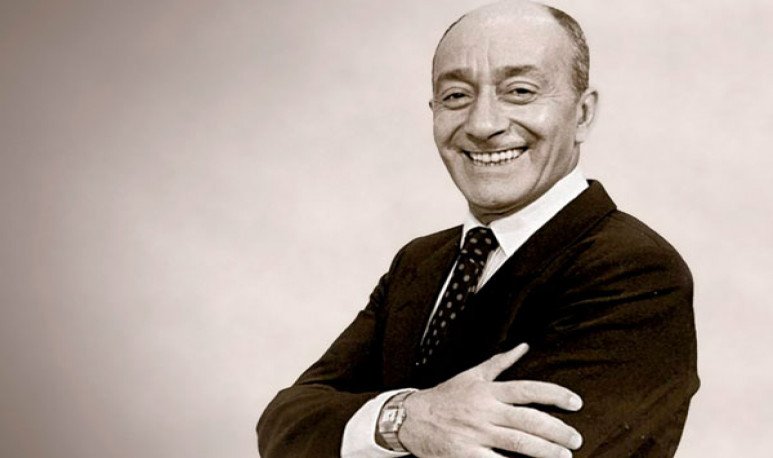 “Adianchi,” “from here,” “we were so poor,” “and...If you don't have faith to me!”, “is what there is.” Sayings that echoed in the  language  of the people, represent the great popularity Alberto Olmedo has in Argentina. This rosarino from the Pichincha neighborhood  began as a vocational actor in the Asturian Youth Troupe . Before, he had taken theater classes with Salvador Naón, at Teatro La Comedia.

As a professional actor, starting with the duo Toño-Olmedo in Rosario, he settled in Buenos Aires. He worked as an operator on Canal 7 until, after a few months, he debuted on  La Troupe de TV , directed by Pancho Guerrero, along with important figures in the comedy.

The growth of his performance in numerous programs including sketches, comedies, monologues and even a children's cycle was dizzying  . Despite this, he did not abandon his job as a technician.

Having participated as a supporting actor in the film  Gringalet , he began  in 1960 his first major success , which definitely catapults him to national fame:  Captain Piluso.  This program was added works in mass broadcast programs such as  Operation Ja-Ja, Vivir es una Comedia, El Button, Chupete, Alberto and Susana . His most successful program (and the latest on TV),  No Toca Botón, gives birth to characters that were emblematic for his career: Chiquito Reyes, Lucy (a satire of Tootsie), Rucucú, El Manosanta, El Mucamo Perkins, Rogelio Roldán and his ineffable Borges character in “Alvarez and Borges.” The latter has become a paradigm of comic performance, due to  the particular and magnificent performance of the duo that formed with Javier Portales  (“Álvarez”).

The big screen also  starred  Alberto Olmedo in films that were blockbusters. He shared prominence with the most important figures of the genre, such as Susana Giménez or Jorge Porcel.

A black on the tables

Undoubtedly, his activity as an actor in  magazine theatre , possibly due to direct contact with the public, gave him  the greatest satisfaction.  The Maipo, Metropolitan, in Capital Federal, and the most important theaters by Carlos Paz and Mar del Plata, which was their artistic destination in the summer seasons, filled their theaters in the performances, under the direction of outstanding comedy directors and shared with  renowned artists trajectory in the genre.

Although he reached the peak of fame, Alberto Olmedo did not forget his humble origins and his beloved city of Rosario, getting to wear the colors of  Newells Old Boys football clubs and Rosario Central , in hats and t-shirts. In his private life, he had marriages, separations, children and intense social activity, where there were no shortage of parties with important personalities from the artistic, sports and political environment.

He received awards such as the Estrella de Mar and the Diploma of Merit, from the Konex Awards , but also suffered dark moments in his career, when in 1976 he announced the false news of his own physical disappearance, as a joke of the program  El Chupete . This resulted in the lifting of the cycle, the dismissal of writers and their elimination from television for two years, considering this joke as an allusion to the disappearances that the military in power were committing.

Just as his fame was spread, was  his unexpected death,  in the middle of the Marplatense theatre season, in 1988. Dismayed by the news, there were many admirers who came to the place where  what has not yet been determined as accident or suicide occurred. This unknown remains, for the imagination of those who remember that comicity that knew how to earn their admiration and that today is  longed for, especially on television.