Susana Giménez: a real star, without which the country would be quite another 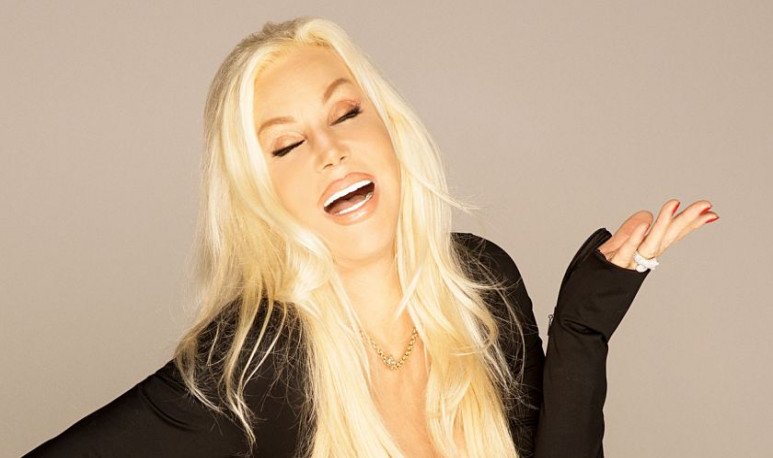 For the popular imagination some idols are beyond time and the case of Susana Giménez, who today turns 75 today, seems to corroborate it.

For many and many, “Susana” is already part of the national furniture and remains young and splendid because without it life would be less comfortable.

The second authentic diva of the current Argentine olympo, who in vain tries to create replacements, follows the paths of her model Mirtha Legrand, the former “Shock girl” gets into the homes through the small screen and is another member in some families.

Born as María Susana Giménez Aubert in Buenos Aires, Susana did and could do everything; she gives the feeling that she has the ability to turn everything she proposes into gold, since she was a model, when she was a vedette, when she was an actress, when she became editor of her own magazine and now she revives year by year with her cycle “Susana Giménez”.

Since she first appeared on the cover of Gente with the legend “Susana, the woman who kills”, in 1967, she has one of the most frequent faces in the publications of the Rio de la Plata, where she rose to make a charming personality, overwhelming but different from that of her colleague Moria Casá n, of singular sympathy beyond its physical attributes, and it became a desired model of life for many young people who have tried to emulate it.

Author of questions about whether dinosaurs were alive or how a woman accommodated her golfer husband's balls, she coined hoses like “I eat it!“, “Oh, my amooor!“, “How loving!“and introduced the word “idol”, which did not exist in the Spanish language and was immediately adopted by many people.

Susana's career was always on the rise; after having studied at Quilmes High School and La Anunciata School, and having married a man by the name of a good upper middle class family wishes, she had her daughter Mercedes Sarrabayrouse at the age of 18 and from there she joined the modeling agency by Hector Cavallero.

Her figure and charm caught the attention of director Fernando Ayala, who joined her in the cast of “En mi casa mando yo” (1968), with Luis Sandrini and Malvina Pastorino, followed by her interventions in the programs “Basement beat” and “Marriages and something else”, and thislast earned him his first Martín Fierro in 1970, then as a “revelation”.

The actress, former vedette and conductor went to collect so far 27 statuettes delivered by Aptra, as well as couples and husbands, among whom were Carlos Monzón, Ricardo Darín when she was 34 and he 21, and her legal husband Huberto Roviralta, against whom she flouted ashtrays and ended up paying him over $10 million at the end of the link. Rumors and the heart press add other names to that core.
In theater he debuted with “Butterflies are free”, along with Rodolfo Beban and Ana Maria Campoy, was Leonardo Favio's partner in “Fue mía un verano” and Monzón in “La Mary”, entered the magazine thanks to Gerardo Sofovich, starred in the first version of &Quot Sugar”, posed naked in Playboy, filmed films in Italy and shared several with Alberto Olmedo and Jorge Porcel, until she stopped on her television show imitating Raffaella Carrà and then made her authentic.

Susana Giménez is at this point an emblematic figure of the Argentine imaginary: always young, always successful, always millionaire and always “great”, although the almanac marks him 75 primavera, a real star, without which the country would be quite another.