Screenings will be on Saturdays and Sundays, with free and free admission. 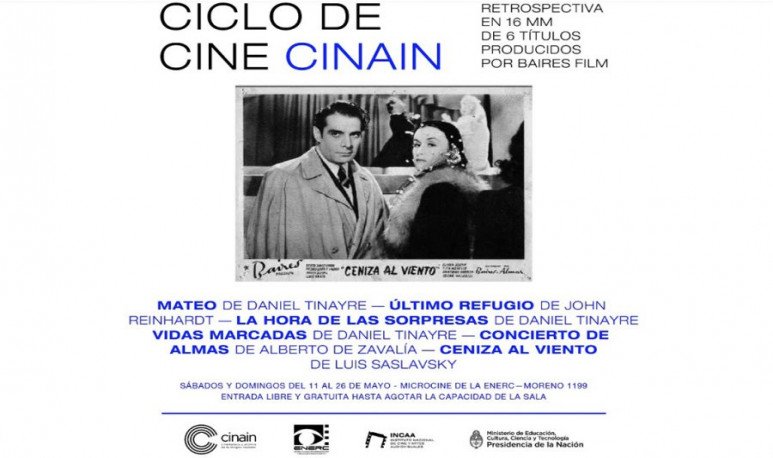 The cycle offers classics, reviews in film support, presentations of books about cinema, audiovisual projects, national previews and Latin American premieres.
Screenings will be on Saturdays and Sundays, with  free admission , in the microcinema of the National School of Experimentation and Film Realization (Enerc), Moreno 1199.

During this year, the programme will include national film titles from all eras belonging to the Incaa Cinain collection, premieres, retrospectives and screenings in different formats.

Entrance is free and free (until the room's capacity is exhausted) and can be withdrawn at a ticket office from half an hour before each function, in order of arrival.