“A cut, a creek... and we're back!” was the expression with which Silvio Soldán reached all Argentine television sets. 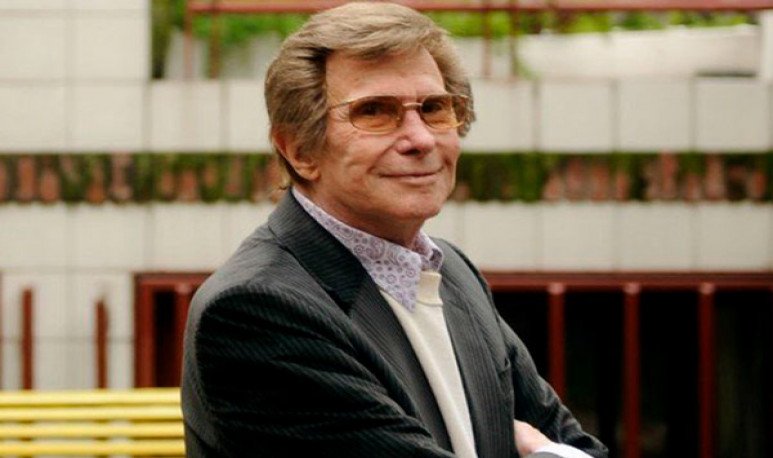 Who doesn't remember how to announce the cut on the television show  Grandes Valores de Hoy y de Siempre ?The driver said, “A cut, a creek... And we're back!”. Memory keeps with great sympathy the phrase, which transcended the duration of the program, to be used at different times when it was necessary to stop the activity. That and many more were the genialities he did for the girl screen  Silvio Soldán.

To talk about Silvio Soldán is to refer to the television conductor who, at age 85, continues to present different programs and shows and recreating in a one-hour show that was one of the greatest hits on television between 1976 and 1993.  EndearingHappy Sunday . Last year students from high schools participated in this cycle and, if they won the activities proposed in games and questions of general knowledge, they received a prize trip to Bariloche for the whole course.

William Silvio Soldán was born in Colonia Belgrano , a town in the province of Santa Fe, where he began his career as a radio host. It was not easy for him to get work on television , as he did not successfully pass his first test on channel 7. With the passage of time  he was able to fulfill his purpose and develop, from there, a successful career . He was also a singer and recorded two songs: “Vamos a soñar con el amor” and “Aí es Buenos Aires”, composed the lyrics of the waltz “Hoy la que que que que viso pasar a María”, with music by Hugo Marcel, and performed in the films  Aso es Buenos Aires, Yo GanÉ the Prode... And you?I need you so much love, Great Value at the Faculty of Medicine  and  Buenos Aires Tango.

Silvio worked on radio stations in Buenos Aires.  His tango cycleMatinatahad a very great success.  This led producers to edit a double album in the company RCA, with their photo on the cover, a poem dedicated to Buenos Aires. He was also part of Radio Libertad and Radio Buenos Aires. But, without a doubt , it is television the medium where his career has been most intense.  Grandes Valores del Tango  was one of the most watched programs in Argentina's homes, between 1972 and 1992; it participated  singers of national and international fame  and nobel performers who, thanks to these performances, were gaining recognition and prestige.

During 2003,  Feliz Domingo  and Telekino's draws were simultaneous in time and had to leave them temporarily, due to  a court case arising from the performance of his partner Giselle Rímolo as a doctor, without a degree. This case was also made media and Soldán  was imprisoned for 61 days as he considered him involved.

In 2005 he returned to television to drive the third stage of  Feliz Domingo , leaving later driving and keeping it alone in the “ Ping-Pong section of Questions and Answers”, the most successful and representative segment of the program. At the end of this, he drove  Aguante Tango , in the style of  Grandes Valores del Tango.  Then he took over  Volver a Cantar  , in which grandparents and grandchildren participated singing to win the alumni trip.Again, between 2010 and 2012 and again in 2014, he conducted the program  Back Pregunta , for four seasons.

Argentines, all,  are glad to see that this teacher still deploys energy in different, albeit sporadic presentations .Silvio Soldán is, without a doubt, another of the prides in Santa Fe.

The Marcelo Tinelli of Entre Ríos