The pandemic with which we have to live together hit the actors hard. Faced with this scene, the Ecliptic Teatral Group decided to return to the radio theater.

Suddenly the world stopped: a pandemic came when no one expected it and quarantine became our new way of life. At least for a while. The side effects of this situation are many and artists are one of the sectors most affected by this scenario. But the   Ecliptic Theatrical Group   did not give up on adversity. They gave creativity to the crisis and recovered an abandoned format: the   radiotheatre   .

The   “Radio theatre cycle in quarantine”   was born with the intention that theatre and art can continue to reach the spectators. For this, they took a disused practice and modernized it.   The cycle can be heard on the radio and also by various virtual music streaming platforms,   such as Spotify, YouTube, Anchor, among others. This gives the audience the ability to follow the stories anytime, anywhere, as many times as desired. 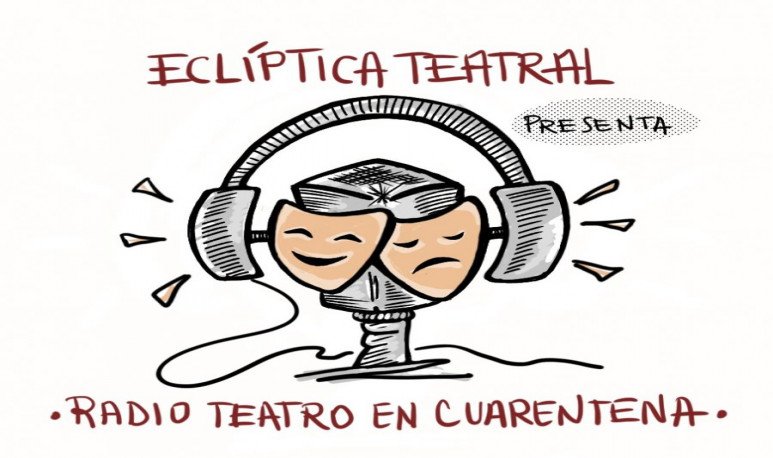 From virtuality, the Ecliptic Teatral Group created this project that already has two productions:   The rich have coronita   and   Room 13   . To create them, they connect from the cell phone or from computers, each at home. The beneficial part of this virtual interaction has to do with the fact that it gives them the ability to work with actors from anywhere in the world. In this way, the proposal generates a large network of actors and artists who work together to be able to deal in the most creative way with this pandemic that we have to cross.

Through the radio theatre, actors enter our homes from completely auditory stories. Just close your eyes and make the imagination fly so that through the ears we can build these characters, listen to them and create those places that exist only through the sound universe.

The proposals of the cycle

The rich have coronita

The Cazzini, a powerful and wealthy family, are preparing for a big event expected by all... chan-chán! : the marriage of Carmela and Armando. Preparations and arrangements for the party interspersed with the luxurious lives of the protagonists, while their clouds of tickets prevent them from seeing an approaching threat... Because, today more than ever, the rich have a crown.

The proposal proposes to satirize that small (but influential) portion of the population who prefers to make a deaf ear to government warnings and put their power and money over general welfare. Various situations have been inspired, some more comical than others, to give life and a lot of realism to this story.

The artistic proposal belongs to the Ecliptic Theatrical Group, from the city of Santa Fe, and is written by Luna Saavedra Andreotti, Alejandro Fort Villa, Salome Espíndola and Brenda Jerichau. Luna is responsible for directing and coordinating the team, as well as performing post-production in editing and mixing sound.

The cast is composed of María Julia Huschenreuter, Miguel Busso, Salomé Espíndola, Eduardo Otazo, Brenda Jerichau, Mariela Bogado, Tomás Busso, Paula Busso, Larisa Sánchez, Astor Borotto and Alejandro Fort Villa, actors from the cities of Santa Fe and Paraná. The proposal has the special participation of Spanish actors Álvaro Nogales and Raúl Sáez, who share the quarantine and record on the other side of the ocean.

The musical composition is by Cristian Yones, while the design and illustration of the cover is the work of Julieta Battauz, a Paranaense cartoonist.

Thunder, rain. Dalia tries to advance through the storm and darkness looking for what, in the distance, seems to be the light of a hotel... What she does not know is that, upon arrival, she will meet very particular hosts who will receive her and invite her to play a game, which may not prove to be so much fun.

Room 13   is originally a play written by the group, which was adapted for this cycle to the format of radiotheatre by episodes. The story continually proposes to maintain a tense and suspense setting, generating big questions in the listeners, inviting them — in the advance of the story — to the search to decipher the true essence of its characters.

The artistic proposal belongs to the Ecliptic Teatral Group and is a play written by Luna Saavedra Andreotti, which was adapted to the radio theater format with the contribution of Valeria Brossard. Luna Saavedra Andreotti and Salomé Espíndola are responsible for directing and coordinating the team, and Luna is the post-production in editing and mixing sound.

The   cast   is composed of Brenda Jerichau, Alejandro Fort Villa, Sofía Menna, Julián Reynoso and Franco Ceci, actors and actresses from Santa Fe and Paraná. In addition, Federico Fabrizio and Julieta Cáceres, Buenos Aires podcasters who carry out the podcast “Quémese after listening”, join as guests.

The   musical composition   is by Cristian Yones and the design and illustration of the cover is the work of Julieta Battauz, a Paranaense cartoonist.

Where to listen to them?