With the inocultable and unavoidable pressure of returning to the “El Trece” signal the rating numbers it can provide even with its worn out format, the legendary animator will return at the end of this month with two questionable structures that are his trademark. 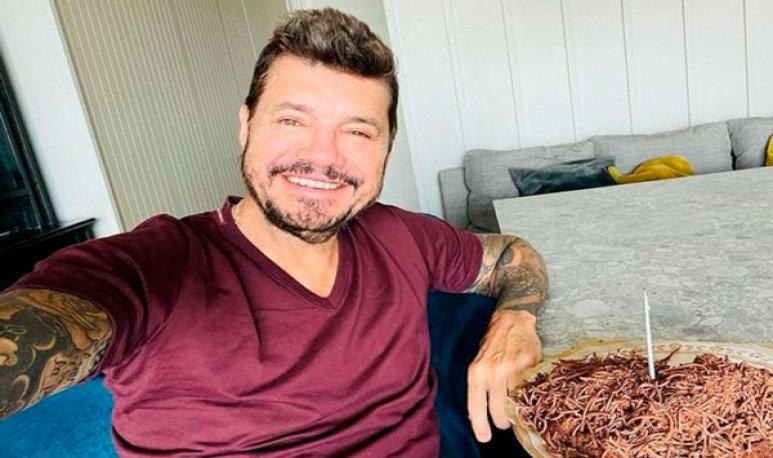 The times that run are very cruel, devastatingly memorious. The legendary player who always contributed numerous goals, was indisputable starting and gave his managers the confidence placed with an unmistakable style, today starts the most important match of recent times, without the consideration he had of his bosses and the people who applauded every maneuver congratulating him in an effusive way at every moment. Numbers don't lie: Telefé has been beating a barbaric beating on El Trece for several years and that trend is not far from changing, less with the programming that the station of the three pelotitas has on screen, oiled and attentive to the last details that have been giving it a c omode leadership in rating.

Marcelo Hugo Tinelli, the successful skeletin-Bolivarian entrepreneur who revolutionized much of television at the crossroads of millennia, establishing a style that scented several decades of open television, today enters the media playing field from the substitutes bank, knowing that he does not have it. Aacute; cyl, in front of a powerful rival who in the middle of the sanitary chaos that hit television formats, stood as a champion for clear merits. His return to the screen of El Trece, is probably to attenuate an abusive thrashing that the solcito signal is receiving in the prime-time strip, dominance of its competitor supported in seductive formats, hypnotic fictions and a job proposal where there is no time to celebrate anything knowing that the television tournament is Long, very long.

That the present of the two television channels is diametrically opposite is not an accident of fate nor a miracle of fate. The study of reactions watched by viewers in front of the screen appears as the subject Viacom-Telefé studied even the slightest updates. Nor should it be confused, on one side of the river all the elements are taken care of to navigate these times without problems, while on the other shore do not end the inept and mediocre with drills drilling the structure of media barges that seem to enjoy these predicted sinks. That is why Marcelo Tinelli's return to the station with which he had a conflicting relationship in recent years is far from any comfort that occurred at other times. 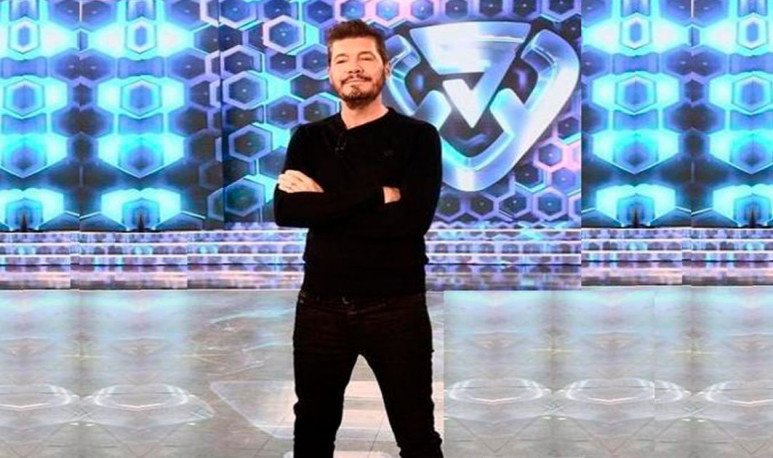 The disagreements that the relationship of the famous  businessman  who popularized the phrase “pum up” with his audience, saturated any possible resistance and today the image shows an inocultable disenchantment. The extreme politicization of certain acts seeking a space within the context of power that governs current destinies, has severely worn out the empathy of the audience who previously blindly supported it. His visible participation in a group that theoretically seeks to fight hunger, its adrenaline exodus with his  family group r to a stay in southern Argentina before ASPO and the demolisher were declared deterioration that infers today alternating his artistic task with the  presidency  of San Lorenzo, a team that alternates occasional triumphs and very hurtful defeats, does not help him to sustain that empathy that made him a undisputed character in all areas. Armor from other times vanished and fate's guns now cause very serious damage.

To worsen the existing, his professional maneuvers with the production company “LaFlia” were a sequence of devastating unforced mistakes that eroded his prestige, along with credibility and professional rigor that went from indestructible steel to telgopor of the worst oriental toy stores. Away from Buenos Aires, where he resides most of the time, he avoided as far as he could the media damage and ran from on-screen driving with the alternative format of “Cantando 2020”, an emergency ship in the difficult “prime-time” strip that showed the Decadence of style, while De Brito and Fernández put their faces in the place where the president of the “Cyclone” should have been, charging themselves with a failure of incalculable dimensions at all clearly before a television rival trumping him over and over again. 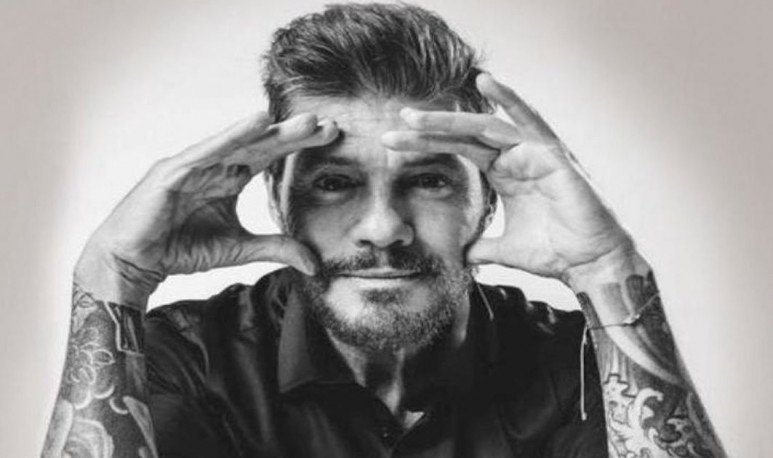 Under the restrictions supposedly caused by sanitary limitations, the return of “ShowMatch” will not be with “Bailando 2021”, something that fell out of mature, but with a wide range of activities that will mix singing, musical comedy, acrobatics and some dance stages. Moving from the Colegiales area where he developed the last seasons with his programs, Marcelo Tinelli officially made the new move of “LaFlia” to the huge structure that for several decades became known as the “Baires Studios”, a complex located in the Don Torcuato area where it was recorded. oacute; the “MTV Unplugged” by pop singer Diego Torres”, a megalocation where the producer Pol-Ka was recording the chapters of “Separates” in 2020 until the pandemic was in charge of making it the first unfinished fiction of Adrián Suar's company.

The way in which the producer of the television animator will handle the five days that includes the week of broadcasts, will dedicate broadcasts from Monday to Thursday always at 22:30 hours to artistic reality, while Friday will be dedicated punctually to humor. The recording of hidden cameras and sketchs will alternate with the usual parody about politics called “Big Brother-in-Law”, space for imitators and comedians who are in charge of characterizations, an electoral year where legislative voting will add up at the end of the year expected repercussions of real political candidates. Judging by the range of attitudes supporting the current current government, there is no doubt that unless a comedian manages to captivate the public by imitating some opposition member, the humor format will be a foreseeable operational harpoon to defend his current party sympathy, even on a channel where the national government looks powerfully questioned. 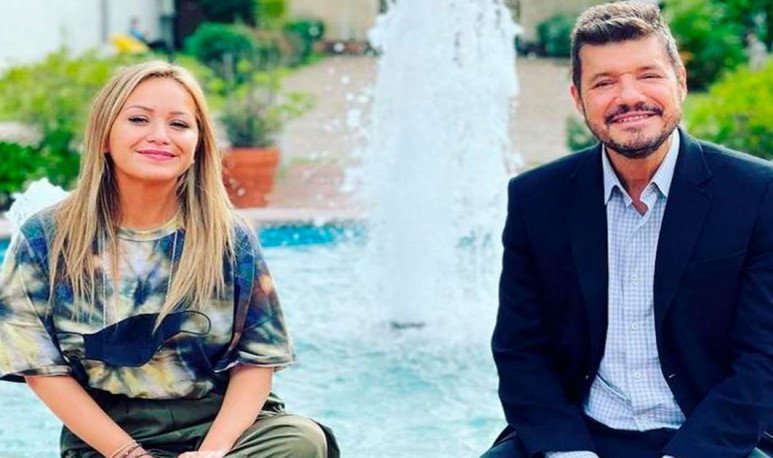 The various competitions of singing, dance, musical comedy and physical skill will this time have a jury with final decision power, since there will be no telephone vote, questioned by several participants who denounced irregularities in the obtained guarisms. This court will have four figures deciding the fate of the participants, they are Angel de Brito, Carolina “Pampita” Ardohain, Hernan Piquín and Jimena Barón. This young singer and dancer was the addition that put a little pepper to the traditional jury, a decision that was created in the greatest secret. There are two figures from last year who have signed a contract with “Laflia”, but who will not be jury: they are Karina La Princesita and “Laurita” Fernandez, figures who could compete in the competition or end up conducting a new program that the producer develops in these weeks, something not confirmed until this last weekend.

The couples who will look for the title of this new specialty are: Débora Plager with Nico Villalba, “Pacho” Peña con Flor Diaz, Flor Vigna with Facundo Mazzei, Polaco with Barby Silenzi, Nicolás Occhiato with Flower Jasmine Peña, Sofia “Jujuy” Jimenez with Nacho Saraceni, Agustín “Cachete” Sierra with Fiorella Giménez, Julieta Nair Calvo with Gonzalo Gerber, Maria Tarres with Iván Vivas, Mariana Genesio Peña with Rodrigo Jara, Ulises Bueno with Rocío Pardo and Viviana Saccone with Ernesto Díaz. Recently it was announced the incorporation of figures such as Luciana Salazar and Romina Ricci, two quite different personalities who could join the artistic competition that will go from Monday to Thursday in “prime-time” time. In the list of potential contestants are young figures known as Candela Ruggeri, Julieta Puente, Barby Franco, Charlotte Caniggia, Ángela Leiva, Rocío Pardo, Gloria Carrá, Rocío Marengo and Lizardo Ponce, but the company of the famous entrepreneur will analyze these additions in the next days. 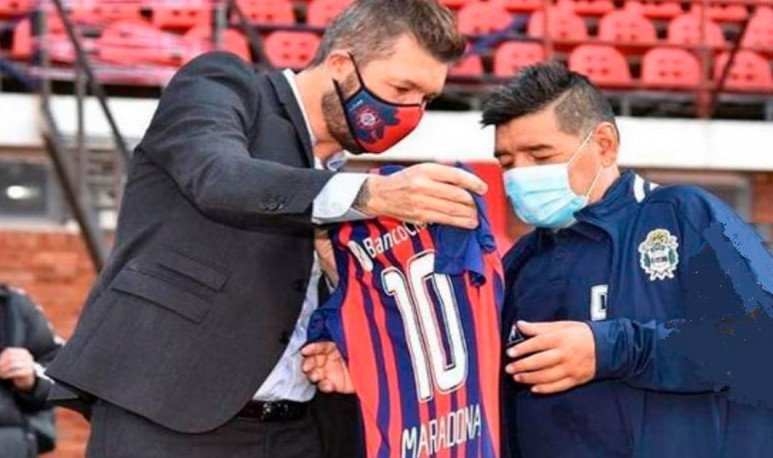 In the mood, Marcelo Tinelli experienced many heartfelt during 2020. First with the voluminous public questioning, in the face of his frantic family confinement trip in the south a few hours of the ASPO presidential announcement. After the cancellation of the “Bailando 2020”, he replaced it with the “Singing” he did not even want to drive, a format that thunderly failed in front of the television competition. The sports debacle in San Lorenzo, the last coach's departure and the arrival of Davobe, without forgetting them clashes in the AFA with Chiqui Tapia, did not help him too much either. To complete a very negative 2020, he shared a public event in a stadium with Diego Armando Maradona, sports star who died last Wednesday, November 25, a character with whom he was joined by a relationship of love and hate that had dimmed in the previous season. His 61st birthday occurred on Thursday, April 1, 2021, coincided with the current placement of his former partner Soledad Aquino in intensive care, mother of his daughters Candela and Micaela, something that obviously affected the tranquility of a new onomastic in his existence.

His sports future does not currently generate too many illusions, because his beloved San Lorenzo does not reach regularity in the current football tournament, a complication that coincided with El Trece's request to give him exclusive dedication to his programs on the station, a request that would force him to relegate him to relegate decisions in the sports entity of the lower Flores. Originally “La Academia — ShowMatch 2021” was to debut next Monday 19 April for the traditional screen of the colourful solcito, but only that day the diffusional images of the entire artistic cast chosen for this season will be made, so it is estimated that this season will be made on Monday 26 at 22:30 would be the tentative date for the start of the new season of your program, although it is not ruled out that the program can start on Monday, May 4 for strict logistics reasons. In front, already consolidated in the rating and palate of the television audience, obviously will be waiting for the great champion of recent months, that is reality”  Masterchef Celebrity ”, with a second season that with perhaps less skilled chefs, surprisingly does not fall from 18 points on days of week and Sunday at their elimination gala. Will there be any changes in the numbers of Kantar-Ibope when both programs crash? Will the public lose the cycle of gastronomic competition? Will Tinelli's new bet have an appropriate rating? From the last week of April, the answers will come unavoidable and incomparable.

Is ShowMatch coming back?